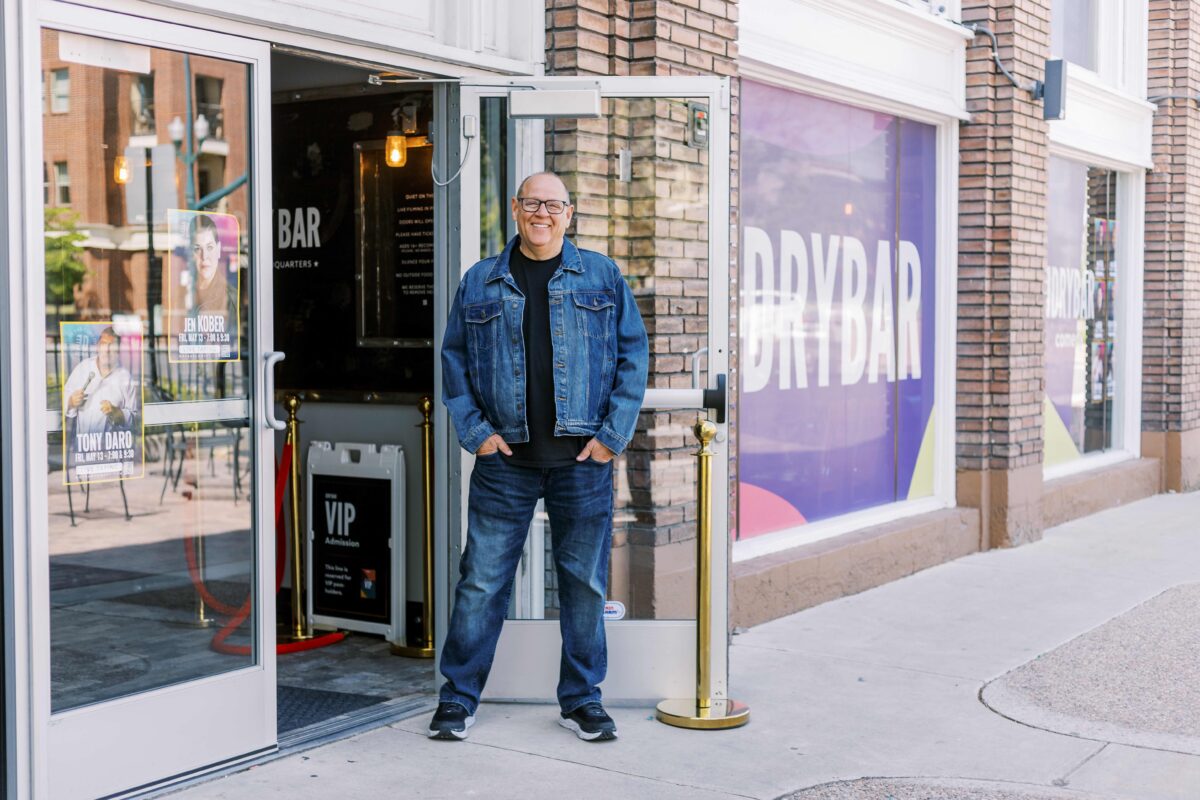 Today’s stand-up comedy is filled with F-bombs and N-words. The monologues in late-night shows have turned into profanity-laced political rants that Standards & Practices would need to censor. If he were alive today, Steve Allen—the very first late-night TV host—would be appalled at what comedy has become.

However, it appears that Americans are eager to hear clean comedy once again. That’s where comic Keith Stubbs and his Dry Bar Comedy platform come in.

Stubbs is a seasoned stand-up comedian and businessman. He puts on two shows each on Friday and Saturday nights at a comedy club in Provo, Utah, featuring different talent at every performance. He books comics who keep it clean, and the audiences know to expect that. The performances, also available for viewing on streaming services and the Dry Bar Comedy app, now count an audience in the millions. The Dry Bar Comedy YouTube channel has 1.97 million subscribers, while the app has had 167,000 downloads so far by subscribers who pay a monthly or annual fee to access the content.

“There is a large audience of comedy fans that were underserved, and we saw this as a great opportunity,” Stubbs told American Essence.

Comedies Used To Be Clean

Comedies during the era of silent movies were family-friendly. There was no swearing because there was no sound. The jokes were visual and acted out by bigger-than-life talents such as Charlie Chaplin, Harold Lloyd, and Buster Keaton.

With no television—and radio and major league sports in their infancies—the only other viable form of entertainment at the time was vaudeville, which was made up of short acts in a live theater. It was here that future comedy stars such as Bob Hope, The Marx Brothers, and Milton Berle honed their acts.

When television came around, Berle, Sid Ceasar, and shows such as “The Colgate Comedy Hour” kept Americans laughing with stand-up and sketch comedy. While comedy duo Dean Marin & Jerry Lewis’s acts were high-energy and frenetic, they were clean. “The Ed Sullivan Show” had Joan Rivers on as a stand-up comic regularly, whose shtick was about being single.

The 1960s was a decade of enormous change, and comedy was not immune. Classic comedians such as Hope and Martin & Lewis were passé to younger audiences. Material got dirty. Lenny Bruce was the new voice of comedy, and that voice was arrested in 1961 and again in 1964, after shows where he swore. He was charged with obscenity both times.

By the 1970s, stand-up comic George Carlin had enormous success with “The Seven Words You Can Never Say on Television.” Richard Pryor’s act was a free-for-all of F-bombs and N-words.

A Moment of Serendipity

Neal Harmon, cofounder of Angel Studios, a film studio and streaming platform focused on family-friendly content, was looking to distribute clean stand-up comedy. Since he’s based in Utah as well, he knew Stubbs was the go-to guy for funny content.

“He [Stubbs] said that ‘our visions matched each other,’” Harmon said, and he started producing the performance videos for distribution.

The business model worked. Stubbs, who started as a stand-up comic in 1991, is currently in his 10th year doing Dry Bar Comedy, with hundreds of performances committed to video so far, and a growing number of paid subscribers since the app was launched last year. Stubbs quipped that the app has more regular users than CNN+. “We have more subscribers every single day.”

However, Stubbs has encountered people with the mindset that clean is synonymous with unfunny for some reason. “I don’t know why people think that, but I think that’s just how it is,” said Stubbs. “There are certain agents that I deal with—and I’m talking about with the big agencies, the major agencies—that aren’t even interested. That’s shocking to me,” he said.

Stubbs refers to family-friendly material with the current internet lingo, “safe for work,” as well as his own label, “funny for everyone.” Regardless of what one calls it, Stubbs knows there’s an audience for it. “It has more of a broad reach.” He added that the comedy shows on other platforms don’t have the broad appeal that his do.

“As a comedian, being able to work clean is a huge asset. It opens up more gig opportunities without the concern and fear that your material won’t hit with the various crowds,” Stubbs said, noting that comedians sometimes have to rewrite their acts to cater to a certain audience. “If a comic is clean, that becomes much less of a concern.”

In the beginning, Stubbs used the relationships he cultivated in the industry to find comics for his shows, but once word got out about his modus operandi, comics began to seek him out instead.

Another industry trend that Stubbs bucks is that instead of a one-time “buyout,” whereby the comics get a flat fee for each show, he pays them quarterly residuals based on the success of each streamed performance.

Even though Dry Bar’s content is clean, Stubbs’s goal is to make it funny, first. He believes telling a comic that his show is clean isn’t much of a compliment, but telling him it’s funny, is. Combining clean and funny has spelled success.

Harmon said: “We had [a] comedian who said he changed his entire act and his career towards family-friendly stand-up after he came and performed at Dry Bar because it opened up a whole new audience for him. … Things like that are big successes for us.”

Stand-up comic Alex Velluto emphasizes the “family” in family-friendly. “Dry Bar Comedy has been touring in some community theaters, and it’s been cool to see kids come with their parents to the shows,” he said. It reminded him of when he was first introduced to stand-up comedy. “I remember being completely enthralled and obsessed. It’s a really cool moment when you get to see kids laughing along with their parents. I feel lucky.”

For Stubbs, keeping it clean reflects his family values. “Personally, my act was never filthy, but there was material that I wasn’t proud of,” he said. “As I matured and had kids, I wanted to make sure that I wouldn’t embarrass myself or them with material that truly didn’t represent who I am.”