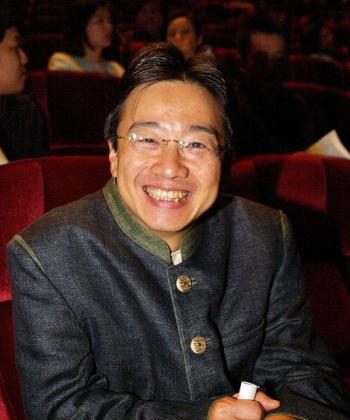 Cellist: ‘Right from the beginning, the performance was great’

Mr. Chang, who was accompanied by his wife, Hsieh Wanling, a pianist, particularly enjoyed the first program, The Five Millennia Begin.

“I was astounded. I was wowed by such an opening. It was such a wonderful feeling. The opening already captured everyone’s heart. I think right from the beginning, the performance was great.

“Very delicate, very dedicated work and very well planned for people to understand the essence of Chinese culture from ancient times to the present day.”

He said that he used to be very familiar with modern and classical ballet, yet he had never experienced the “exquisite” Chinese classical dance.

“The dance and the overall movements and gestures left me with a deep impression.”

He said he liked every single program. He found the body language of the piece, Dance of the Yi to be particularly exceptional.

Over the years, Mr. Chang has striven to promote classical music in Taiwan. He was surprised to learn that DPA had three companies traveling across four continents, often playing to full houses.

“I can feel and understand that DPA has been having full houses in many countries. Audiences are touched from their hearts for sure. By word of mouth, people are telling their friends about it, which is very powerful. It is probably even more effective than newspaper advertisements.”

He said the show "has inner meaning to convey—this is very important. Nowadays there are many other shows where the performers have absolutely no idea what they are doing.”