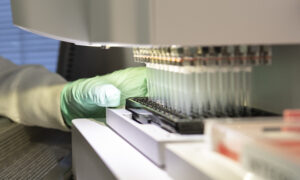 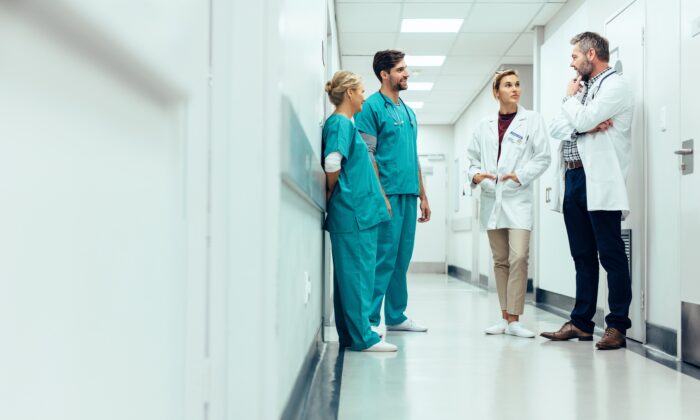 The benefits of Aduhelm for each suitable patient are hard to predict. (Jacob Lund/Shutterstock)
Mind & Body

As physicians and health policy experts debate the merits of Aduhelm, the first new drug approved for Alzheimer’s disease in 18 years, patients want to know: “Will this medication help me—and how much?”

Doctors explaining the pros and cons of Aduhelm won’t have a definitive answer.

“On an individual basis, it will be absolutely impossible to predict,” said Dr. Allan Levey, director of the Goizueta Alzheimer’s Disease Research Center at Emory University.

Cognitive decline varies widely among people who have started experiencing memory and thinking problems or who are in the earliest stage of Alzheimer’s—the patients in whom Aduhelm was tested, Levey noted.

“The nature and rate of progression varies tremendously, and we’re not going to know when we treat somebody [with Aduhelm] if their progression will be fast or slow or average—we just won’t be able to say.”

Nor will it be possible to specify how much difference this drug would make for a given patient.

“To try to tell an individual how much delay in progression they’ll experience [if they take Aduhelm] is simply something we cannot do,” said Dr. Jason Karlawish, a professor at the University of Pennsylvania Perelman School of Medicine and co-director of the Penn Memory Center.

Uncertainty about the potential benefits of Aduhelm, which received conditional approval from the Food and Drug Administration on June 7, is considerable. One phase 3 drug trial found that a high dose taken over the course of 18 months slowed cognitive decline by about four months; a second clinical trial failed to show any effect. The FDA is requiring a post-approval trial from drugmakers Biogen and Eisai Inc. to supply more data, although final results might not be available until February 2030.

With many unanswered questions about Aduhelm’s approval, the House Committee on Oversight and Reform has opened an investigation. Faced with criticism over insufficient guidance, the FDA on July 8 revised the drug’s label to narrow its potential use.

“Treatment with ADUHELM should be initiated in patients with mild cognitive impairment or mild dementia stage of disease, the population in which treatment was initiated in clinical trials,” it now reads.

These developments make the job of educating patients and families about Aduhelm and recommending for or against it extraordinarily difficult for physicians.

Conversations are going to be “very challenging, given the complexity of the information that needs to be conveyed.” Karlawish said.

Here are key points that experts aim to explain.

Effectiveness hasn’t been proven. Aduhelm has been shown to be very effective at removing beta-amyloid protein, a hallmark of Alzheimer’s, from patients’ brains. Clumps of this protein, known as amyloid plaques, are thought to be implicated in the underlying disease process. But clinical trials of other drugs that remove amyloid plaques haven’t demonstrated effectiveness in stopping Alzheimer’s progression.

Although data from two Aduhelm clinical trials were inconsistent, the FDA granted accelerated approval to the drug noting it was “reasonably likely to result in clinical benefit.” But this is speculative, not a proven result.

Potential benefits are small. Dr. G. Caleb Alexander, co-director of the Johns Hopkins Center for Drug Safety and Effectiveness, was on the FDA advisory committee that reviewed Aduhelm, a group that recommended against approving the medication.

He characterized positive results from one clinical trial of Aduhelm as “a tiny clinical change.” On an 18-point scale used to evaluate cognition and functioning, patients who responded to the drug experienced a 0.39 slowing in the rate of decline over 18 months. Roughly, this translates into a four-month delay in subtle symptoms.

Neuropsychological tests to evaluate cognition typically ask patients to copy a diagram, subtract 7 from 100 and spell a word backward, among other tasks.

“But navigating your daily life is much more complicated, and it’s not at all clear whether Aduhelm’s purported benefit would be enough to impact an individual’s daily living,” said Dr. Samuel Gandy, a professor of neurology and psychiatry at Mount Sinai’s Icahn School of Medicine in New York City.

Disease progression will continue. “Let’s say someone has cognitive impairment or other functional impairments and decides to take Aduhelm. Will they return to normal? There’s no evidence that this will happen,” said Dr. Henry Paulson, a professor of neurology and director of the Michigan Alzheimer’s Disease Center.

“The expectation has to be that disease progression will continue,” Emory’s Levey agreed.

Potential side effects are common. Brain bleeds and swelling occurred in 41 percent of patients treated with the highest dose (10 milligrams) of Aduhelm, the subgroup that showed some response in one clinical trial, according to a document released by the FDA. Brain scans identified these as mild in 30 percent of cases, moderate in 58 percent, and severe in 13 percent. Most cases were resolved, without serious incident, within three months.

The FDA recommends that patients taking Aduhelm get at least three MRI scans of the brain in the first year to check for side effects. Physicians and health systems are discussing what kind of safety protocols are needed beyond these scans.

Other tests will be necessary. Aduhelm was tested on patients with beta-amyloid deposits in their brain that had been confirmed by positron emission tomography (PET) brain imaging.

In clinical practice, only patients who have those deposits should take Aduhelm and imaging to confirm that should be required, experts agreed. But that presents a problem for many patients. Because of their age, most are covered by Medicare, which doesn’t pay for PET imaging outside of research settings. Instead, most medical centers will rely on amyloid cerebrospinal fluid tests, obtained through spinal taps.

Genetic tests for a form of the apolipoprotein E gene known as APOE4, the presence of which raises the risk of Alzheimer’s, will also probably be in order, Gandy suggested. Patients were more likely to respond to Aduhelm if they carried an APOE4 gene; at the same time, they were more likely to experience brain bleeding and swelling, he noted. But Medicare doesn’t pay for APOE4 testing or related counseling, and a positive test could significantly affect patients’ families.

“Once you find the APOE4 genotype, all those person’s first-degree relatives are at risk,” Gandy noted, “and you change the psychology of a family immediately.”

The APOE4 gene is linked with a reduced ability to remove plaques from the brain and a higher risk of developing Alzheimer’s.

Therapy will be expensive. Medicare and private insurers haven’t yet decided whether to impose restrictions on who can get coverage for Aduhelm, which will be administered through monthly infusions at medical centers. Considering an annual list price of $56,000 for the drug alone, Kaiser Family Foundation (KFF) researchers estimate that some Medicare beneficiaries could pay as much as $11,500 out-of-pocket to cover their coinsurance obligation each year.

Add to that the costs for brain scans, monthly infusions, physician services, amyloid tests, and APOE4 genetic testing, and expenses could approach $100,000 a year, some experts suggest.

“The most pressing thing we need is an understanding of payment for this medication,” said Dr. Aaron Ritter, a dementia expert with the Cleveland Clinic Lou Ruvo Center for Brain Health in Las Vegas. “Many patients are going to be on a fixed income with limited capacity to pay large amounts.” More than 1,000 patients at the clinic are good candidates for Aduhelm, he noted.

Specialists won’t prescribe to all Alzheimer’s patients. Although physicians can prescribe an approved drug to whomever they think it will help, dementia experts say Aduhelm should be considered only for patients similar to those in the clinical trials: individuals with mild cognitive impairment (memory and thinking concerns that don’t interfere with their functioning) and with early-stage Alzheimer’s (when symptoms are still mild but functioning becomes impaired).

“We are going to start small and go slow until we understand more” about the medication and how patients respond, said Dr. Maria Torroella Carney, chief of geriatrics and palliative medicine at Northwell Health, New York’s largest health care system.

Since Aduhelm wasn’t tested on people with moderate or severe Alzheimer’s, it shouldn’t be given to these patients, several experts said.

“If patients in these later stages ask for the drug, we’ll say we don’t have any evidence that it will work in you and we can’t justifiably give it to you,” said Paulson of the University of Michigan.

Physicians will respect patients’ wishes. Even physicians who worry that Aduhelm’s potential harms might outweigh potential benefits said they will prescribe the medication with caution and careful consideration. Penn’s Karlawish of is among them.

“Now that this medication is available, I have to adhere to a core ethic of the practice of medicine, which is respect for patient autonomy,” he said. “If patients and family caregivers ask for Aduhelm after a thorough discussion, I’ll be a reluctant prescriber.”

KHN (Kaiser Health News) is a national newsroom that produces in-depth journalism about health issues. Together with Policy Analysis and Polling, KHN is one of the three major operating programs at KFF (Kaiser Family Foundation), an endowed nonprofit organization providing information on health issues to the nation.