Doctor Reveals What He Appreciates Most About ‘Graceful, Colorful, Elegant’ Shen Yun 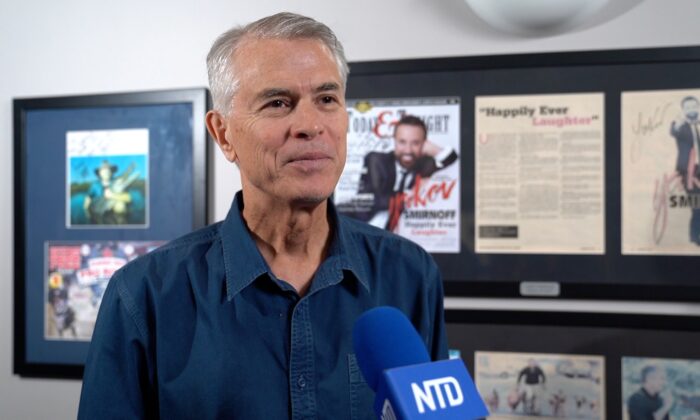 David Yrastorza, a dermatologist who runs his own practice, attended Shen Yun Performing Arts in Lakeland, Florida, at the Youkey Theatre at the RP Funding Center, on Feb. 12, 2020. (NTD Television)

LAKELAND, Fla.—Gratitude and happiness beamed from theatergoers in the small county of Lakeland, Florida, on Thursday night thanks to Shen Yun Performing Arts, a New York-based classical Chinese dance company with a grand reputation that graced the stage at the RP Funding Center’s Youkey Theatre.

Dermatologist David Yrastorza, owner of Dermatology Associates of Central Florida and formerly on the Board of Directors for the Florida Society for Dermatology, expressed how he felt being able to see Shen Yun without having to travel to a place like New York.

“I think it’s great. Lakeland is a small Florida county so it’s nice to have an international flavor to it,” he said on Feb. 12, 2020.

“[Shen Yun] is surprisingly graceful and colorful and the music is very elegant,” Yrastorza continued, adding that the movement of the performers combined with the costumes and the music are the elements that came together the most in his eyes to achieve such grace and elegance onstage.

Shen Yun’s mission is to revive ancient China’s traditions and cultural treasures that were once lost and share them with the modern world. Since time immemorial, China has had an essence that was deeply spiritual, and Shen Yun carries on this tradition by incorporating stories of ancient legends, celestial realms, and tales of the Creator’s eventual return to earth. Its roughly 20 short vignettes sometimes depict followers of different spiritual disciplines such as Buddism, Daoism, and Falun Dafa, an ancient meditation practice that teaches moral principles, a practice that’s popular today in China and around the world.

“I think it’s nice,” he said, “It’s very interesting to hear the perspective from a different culture and it’s actually refreshing to hear the moral lessons behind the traditionalism. … They’re espousing things that they believe in, that they think are important to their way of life, to their philosophy, so it’s nice to hear that.”

Shen Yun cannot perform in China today due to the Chinese Communist Party’s decades-long campaign to wipe out traditional Chinese culture, including its all-important spiritual practices. Shen Yun’s performances portray the true-to-life persecution now happening in China and the way spiritual believers are facing it peacefully with compassion and faith.

Yrastorza appreciated these scenes in the show and saw parallels to other events and cultures throughout history, pointing out that such dark moments can even have a silver lining.

“It’s a story that’s played out over and over throughout history, in many different cultures. And people having to sacrifice what they … you know, for having a core belief in what they believe in, sometimes by the oppressive nature of the society that they’re living in. So it tends to strengthen the core of who they are. So it’s a common theme that we’ve seen in many different cultures and I think that’s one of the reasons it resonates.”

In the end, the Florida doctor encouraged Shen Yun’s artists in their noble mission, saying “I think it’s great. I’m all for it—refreshing.”