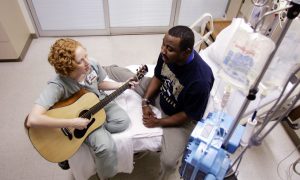 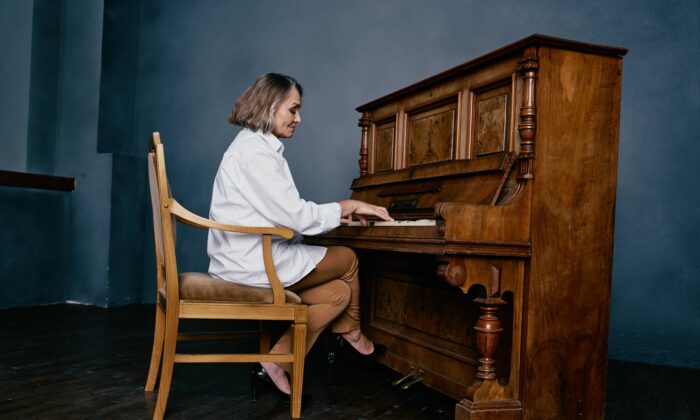 You are never too old to learn an instrument. In fact, it might be even easier with a few years under your belt. (ShotPrime Studio/Shutterstock)
Mind & Body

Do Re Mi Fa Sol La Ti Do

Did you have music lessons when you were a youngster? For most of the last century, it is reported, 15 percent to 20 percent of high school students nationally participated in some sort of music education.

That means an estimated 80 percent of America’s adult population would need beginning instruction in order to participate in a group that makes music.

If you would like to begin learning how to play a musical instrument, or to pick up where you left off in music lessons as a child, there’s a national program designed to help you do just that.

The New Horizons Music program provides “entry points to music making for adults.” It was founded in 1991 at the Eastman School of Music under the guidance of Roy Ernst, a professor emeritus at the school. Since that time, the idea has been adopted throughout the United States and Canada and has resulted in a mini-explosion of music-focused organizations. While that first program was just a small band, a few short years later, New Horizons orchestras began to appear. According to The New York Times, the New Horizons International Music Association, which caters primarily to adults over 50 who want to play an instrument in a group setting, currently has 10,000 participants in over 230 bands and orchestras around the country.

For years, gerontologists have said that interaction with others is an important aspect of good health for senior citizens, and taking part in a music program, whether a band, chorus or orchestra, is an easy way to meet people, make new friends, and socialize. According to the New Horizons website, participants look forward to attending, playing in, and traveling to concerts, and there have even been several marriages among members. While rehearsals are currently suspended due to the pandemic, you can expect them to resume when conditions permit.

The music-making and wellness movement, as promoted by the NAMM Foundation, supports research designed to closely investigate the link between active music-making and physical well-being. It’s hoped that future studies will prove that playing a musical instrument can reduce depression as well as increase the strength of the immune system. It is an already-accepted truism that participating in music programs provides seniors with an enjoyable and challenging intellectual activity, a sense of being a contributing member to a well-intentioned group, and the all-important ability to look forward to future events.

According to Denise C. Park, the director of research at the Center for Vital Longevity at the University of Texas, Dallas, “there’s the sense that tasks that are mentally demanding support and maintain cognition in older adults.” But anecdotal evidence indicates that people are joining these music programs for reasons that have very little to do with mental or intellectual benefit. Many seniors just want to either begin or continue a rewarding relationship with a musical instrument.

Some participants now have the time to practice that was never available when they were younger. And some report that the years have stripped away the perfectionism and frustration that once made lessons seem so unpleasant. Both Ernst and Carol Compton, education program director at the Brattleboro Music Center in Vermont, report a significant increase in program membership during the past five years. As more and more hit retirement age, the likelihood of searching out a worthwhile activity such as music increases.

Music offers everyone a way to connect to the past, present, and future. And for anyone who questions the value or importance of music, a recent study conducted on patients in a coma proves that even injured brains can benefit from being exposed to favorite melodies. Electroencephalograms performed during the study showed more electrical activity in the brains of coma patients who listened to music than in those who only heard nondescript noise. The study authors concluded, “It is the autobiographical quality of music, its connection to our emotions, that elicits a strong neurological response from patients.”

Marilyn Murray Willison has had a varied career as a six-time nonfiction author, columnist, motivational speaker, and journalist in both the UK and the U.S. She is the author of “The Self-Empowered Woman” blog and the award-winning memoir “One Woman, Four Decades, Eight Wishes.” She can be reached at MarilynWillison.com. To find out more about Marilyn and read her past columns, please visit the Creators Syndicate website at Creators.com. Copyright 2020 Creators.com