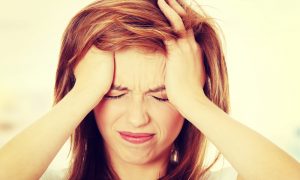 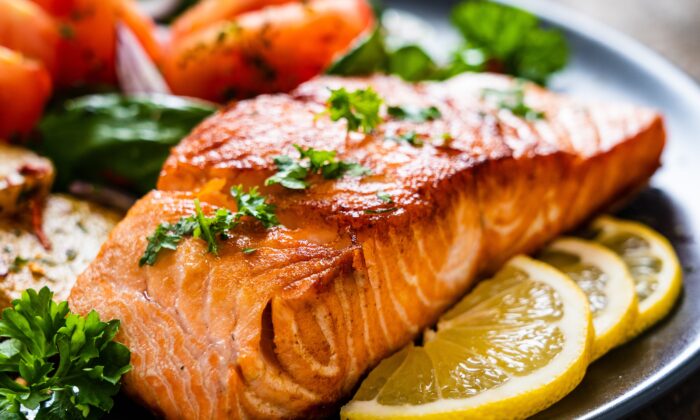 Researchers say changes in diet could offer some relief for the millions of Americans who suffer from migraine pain. (Jacek Chabraszewski/Shutterstock)
Mind & Body

For those who suffer from migraine headaches, a change in diet may help to reduce their frequency.

A new study, funded by the National Institutes of Health and published in the British Medical Journal, suggests that a diet higher in fatty fish may help migraine sufferers reduce their monthly headaches and pain intensity. The study involved 182 adults with frequent migraines who all followed a 16-week dietary intervention. They were randomly assigned to one of three healthy diet plans and received meal kits that included fish, vegetables, hummus, salads, and breakfast items.

During the 16-week study, participants were required to monitor their number of migraine headaches in terms of days, duration, and intensity. They also listed how their headaches affected their ability to function at work, at school, and in their social lives, as well as how often they needed to take medication.

At the beginning of the study, participants averaged more than 16 headache days per month, more than five hours of migraine pain per day, and had baseline scores that reflected a severe impact on their quality of life, despite using headache medications.

Blood samples from this group showed lower levels of pain-related lipids. However, despite the reduction in migraine frequency and pain, participants only reported minor improvements in migraine-related quality of life.

This study adds to the research team’s previous work on the impact of linoleic acid and chronic pain. Researchers had previously explored whether linoleic acid inflamed migraine-related pain processing tissues and pathways in the trigeminal nerve, which is responsible for sensation in the face and motor functions like chewing. They concluded that a diet lower in linoleic acid with higher levels of omega-3 fatty acids could help soothe this pain pathway inflammation.

Linoleic acid is common in the standard American diet because of the prevalence of oils used in processed foods. With high levels of it being consumed every day, researchers are trying to connect some health concerns to consuming fatty acid.

The study’s author concluded by saying: “Changes in diet could offer some relief for the millions of Americans who suffer from migraine pain. It’s further evidence that the foods we eat can influence pain pathways.”

Sarah Cownley earned a diploma in nutritional therapy from Health Sciences Academy in London, and she enjoys helping others by teaching healthy lifestyle changes through her personal consultations and with her regular contributions to the Doctors Health Press. This article was originally published on Bel Marra Health.