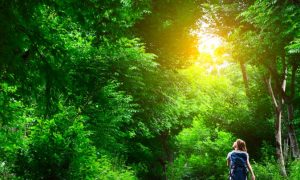 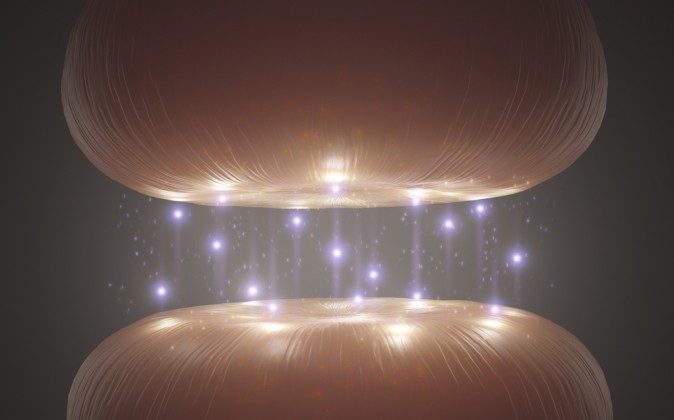 “Depression is a serious medical condition that may be due to a chemical imbalance, and Zoloft works to correct this imbalance.”

As one of only two countries in the world that permits direct to consumer advertising, you have undoubtedly been subjected to promotion of the “cause of depression.” A cause that is not your fault, but rather; a matter of too few little bubbles passing between the hubs in your brain! Don’t add that to your list of worries, though, because there is a convenient solution awaiting you at your doctor’s office…

What if I told you that, in 6 decades of research, the serotonin (or norepinephrine, or dopamine) theory of depression and anxiety has not achieved scientific credibility?

You’d want some supporting arguments for this shocking claim.

The Science of Psychiatry is Myth

Rather than some embarrassingly reductionist, one-deficiency-one-illness-one-pill model of mental illness, contemporary exploration of human behavior has demonstrated that we may know less than we ever thought we did.  And that what we do know about root causes of mental illness seems to have more to do with the concept of evolutionary mismatch than with genes and chemical deficiencies.

“Despite high expectations, neither genomics nor imaging has yet impacted the diagnosis or treatment of the 45 million Americans with serious or moderate mental illness each year.”

To understand what imbalance is, we must know what balance looks like, and neuroscience, to date, has not characterized the optimal brain state, nor how to even assess for it.

” … numerous studies of norepinephrine and serotonin metabolites in plasma, urine, and cerebrospinal fluid as well as postmortem studies of the brains of patients with depression, have yet to identify the purported deficiency reliably.”

The data has poked holes in the theory and even the field of psychiatry itself is putting down its sword. One of my favorite essays by Lacasse and Leo has compiled sentiments from influential thinkers in the field – mind you, these are conventional clinicians and researchers in mainstream practice – who have broken rank, casting doubt on the entirety of what psychiatry has to offer around antidepressants:

Humble Origins of a Powerful Meme

In the 1950s, reserpine, initially introduced to the US market as an anti-seizure medication, was noted to deplete brain serotonin stores in subjects, with resultant lethargy and sedation. These observations colluded with the clinical note that an anti-tuberculosis medication, iproniazid, invoked mood changes after five months of treatment in 70% of a 17 patient cohort. Finally, Dr. Joseph Schildkraut threw fairy dust on these mumbles and grumbles in 1965 with his hypothetical manifesto entitled “The Catecholamine Hypothesis of Affective Disorders” stating:

“At best, drug-induced affective disturbances can only be considered models of the natural disorders, while it remains to be demonstrated that the behavioral changes produced by these drugs have any relation to naturally occurring biochemical abnormalities which might be associated with the illness.”

Contextualized by the ripeness of a field struggling to establish biomedical legitimacy (beyond the therapeutic lobotomy!), psychiatry was ready for a rebranding, and the pharmaceutical industry was all too happy to partner in the effort.

Of course, the risk inherent in “working backwards” in this way (noting effects and presuming mechanisms) is that we tell ourselves that we have learned something about the body, when in fact, all we have learned is that patented synthesized chemicals have effects on our behavior. This is referred to as the drug-based model by Dr. Joanna Moncrieff. In this model, we acknowledge that antidepressants have effects, but that these effects in no way are curative or reparative.

The most applicable analogy is that of the woman with social phobia who finds that drinking two cocktails eases her symptoms. One could imagine how, in a 6 week randomized trial, this “treatment” could be found efficacious and recommended for daily use and even prevention of symptoms. How her withdrawal symptoms after 10 years of daily compliance could lead those around her to believe that she “needed” the alcohol to correct an imbalance. This analogy is all too close to the truth.

Men, Masculine Pride and How to Cope With Depression

“And where there is a scientific vacuum, drug companies are happy to insert a marketing message and call it science. As a result, psychiatry has become a proving ground for outrageous manipulations of science in the service of profit.”

So, what happens when we let drug companies tell doctors what science is? We have an industry and a profession working together to maintain a house of cards theory in the face of contradictory evidence.

We have a global situation in which increases in prescribing are resulting in increases in severity of illness (including numbers and length of episodes) relative to those who have never been treated with medication.

To truly appreciate the breadth of evidence that states antidepressants are ineffective and unsafe, we have to get behind the walls that the pharmaceutical companies erect. We have to unearth unpublished data, data that they were hoping to keep in the dusty catacombs.

A now famous 2008 study in the New England Journal of Medicine by Turner et al sought to expose the extent of this data manipulation. They demonstrated that, from 1987 to 2004, 12 antidepressants were approved based on 74 studies. Thirty-eight were positive, and 37 of these were published.  Thirty-six were negative (showing no benefit), and 3 of these were published as such while 11 were published with a positive spin (always read the data not the author’s conclusion!), and 22 were unpublished.

In 1998 tour de force, Dr. Irving Kirsch, an expert on the placebo effect, published a meta-analysis of 3,000 patients who were treated with antidepressants, psychotherapy, placebo, or no treatment and found that only 27% of the therapeutic response was attributable to the drug’s action.

This was followed up by a 2008 review, which invoked the Freedom of Information Act to obtain access to unpublished studies, finding that, when these were included, antidepressants outperformed placebo in only 20 of 46 trials (less than half!), and that the overall difference between drugs and placebos was 1.7 points on the 52 point Hamilton Scale.  This small increment is clinically insignificant, and likely accounted for by medication side effects strategically employed (sedation or activation).

When active placebos were used, the Cochrane database found that differences between drugs and placebos disappeared, given credence to the assertion that inert placebos inflate perceived drug effects.

The finding of tremendous placebo effect in the treatment groups was also echoed in two different meta-analyses by Khan et al who found a 10% difference between placebo and antidepressant efficacy, and comparable suicide rates. The most recent trial examining the role of “expectancy” or belief in antidepressant effect, found that patients lost their perceived benefit if they believed that they might be getting a sugar pill even if they were continued on their formerly effective treatment dose of Prozac.

The largest, non-industry funded study, costing the public $35 million dollars, followed 4000 patients treated with Celexa (not blinded, so they knew what they were getting), and found that half of them improved at 8 weeks. Those that didn’t were switched to Wellbutrin, Effexor, or Zoloft OR “augmented” with Buspar or Wellbutrin.

Guess what? It didn’t matter what was done, because they remitted at the same unimpressive rate of 18-30% regardless with only 3% of patients in remission at 12 months.

How could it be that medications like Wellbutrin, which purportedly primarily disrupt dopamine signaling, and medications like Stablon which theoretically enhances the reuptake of serotonin, both work to resolve this underlying imbalance? Why would thyroid, benzodiazepines, beta blockers, and opiates also “work”? And what does depression have in common with panic disorder, phobias, OCD, eating disorders, and social anxiety that all of these diagnoses would warrant the same exact chemical fix?