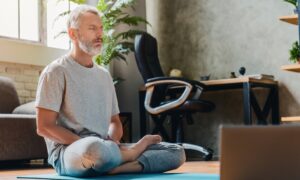 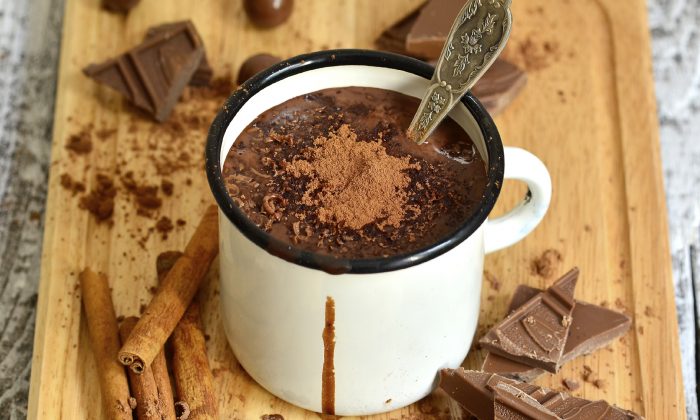 When winter flu season strikes, your craving for hot cocoa could be a healthy help
By GreenMedInfo
biggersmaller
Print
Nature works in mysterious ways. Just when cold, dry weather chills us to the bone and flu season is in full bloom, we crave a comforting cup of hot cocoa. As it turns out, that chocolate craving may be our body’s innate wisdom at work.

According to a Japanese study, a daily cup of hot cocoa during influenza season may be just what we need to avoid the flu and stay healthy.

In the cell studies, they found that cocoa extract inhibited the flu from taking hold in canine kidney cells. The cells had been infected with human influenza A (H1N1, H3N2) and B viruses, as well as avian flu viruses (H5N1, H5N9).

In the animal trial, mice were given cocoa extract for four days before being infected with the flu virus. The cocoa extract had a preventative effect and significantly improved survival times of the mice.

The daily dose of cocoa for the mice was equivalent to a human drinking two to three cups of a 10 percent cocoa solution. In other words, the amounts were close to what a person might normally drink in a cup of hot chocolate.

Then, the researchers tested their findings in humans. They divided 123 people into two groups. Both groups were vaccinated against the influenza A (H1N1) virus.

For three weeks before and after being vaccinated, one group consumed a cup of hot chocolate every morning. The drink is commercially available in Japan (under the name Kakao 2 Bai) and contains 360 mg of cocoa polyphenols per cup. The control group did not drink any cocoa.

After two weeks, antibodies against the A virus (H1N1) were not significantly different between the two groups. But the cocoa drinking group had significantly more natural killer (NK) cell activity. NK cells recognize and eliminate influenza-virus-infected cells in order to keep the virus from spreading.

In other words, NK cell activity is an indicator of the body’s natural immunity. Vaccine-induced elevations in antibodies, on the other hand, do not necessarily equate to bona fide immunity against infection as they are only a proxy measure of effectiveness.

The fact that cocoa consumption significantly increased NK cell activity compared to the control group suggests that drinking cocoa may inhibit influenza virus infection by stimulating natural immunity and therefore confer real-world protection against the onset of the flu.

Other studies had already found that chocolate elevates NK cell activity against cancer cells. The Japanese researchers believed their finding concerning the NK cell activity may suggest that cocoa polyphenols and especially procyanidins in chocolate might be effective in treating and preventing colorectal cancers and hepatitis B virus infection in humans.

How Does Chocolate Work Against the Flu?

First, it inhibits the virus from adsorbing to target cells, as shown in their cell study.

Second, cocoa activates natural immunity. In their human trial, they found that cocoa enhanced the immune response from the flu vaccination. In that way, it provided stronger protection against influenza virus infection and disease onset.

And there’s one more interesting way that chocolate fights the flu.

The researchers suggested that immediately after drinking cocoa, its healing compounds are present in the mouth, pharynx, and throughout the digestive tract at concentrations that inhibit infection. These compounds work immediately and for some time after consumption. And they work in precisely the places where the virus would likely be present.

Some of these compounds include the polyphenols contained in chocolate. Polyphenols are powerful antioxidants and have broad-spectrum antimicrobial activity.

But even when the researchers removed the polyphenols from the cocoa extract, the remaining compounds in the extract were still effective.

Those other active compounds in cocoa include:

Chocolate does much more than fight the flu. In fact, chocolate has well over 40 health benefits and has been called the ultimate medicinal food.

Here are just a few of chocolate’s other amazing properties:

When choosing chocolate instead of a flu shot, make sure your chocolate is:

1. At Least 70% Dark. The darker the chocolate the less sugar is added. And sugar can be the difference between healthy chocolate and junk food.

2. Raw. The more the cacao bean is processed, the more polyphenols and flavanols are destroyed. So the best source of chocolate antioxidants comes from raw, unprocessed, dark chocolate. In fact, raw cacao has the highest concentration of antioxidants of any food.

2. Organic. Non-organic cocoa may contain residues of the dangerous herbicide glyphosate (the active ingredient in Roundup) and other pesticides used in conventional farming.

3. Free Trade. Cacao crops are often unfairly traded and have even been linked to child enslavement.