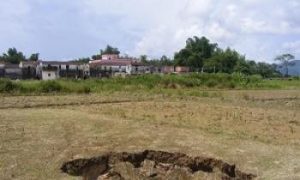 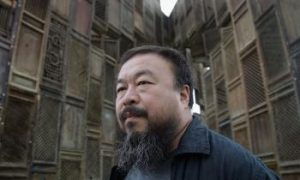 [etRelated 54797, 54798, left}TAINAN, Taiwan—Mr. Su Chien-an, executive director of Taiwan Craft House Association, watched Shen Yun Performing Arts International Company’s second show in Tainan on the evening of April 13. Astonished by the beauty of the performance, he said, “Shen Yun is indeed very beautiful! Shen Yun lives up to its reputation. It is a show worthy to be seen by craft artists.”

He said that Shen Yun was a very rare and fantastic performance. Not only the dance but also every program, extracted from a spiritual level, was able to bring a spiritual essence to the audience.

“What’s important is that audience can perceive the connotations of Shen Yun’s performance. I think it is a show with intentions beyond money,” the metalwork artist said.

Su Chien-an said, “The colors of the dancers’ costumes are great. Their mutual collaboration is also very good.”

He said that the dancers had a very solid foundation. Their movements were very smooth. The performance was soft and peaceful. “It is mainly soft, in other words, strength in tenderness, a strong contrast between tenderness and strength,” he explained.

“For example, the ribbon dance is very beautiful. Flying silk sleeves inspires artists with creative ideas.” For him, “I have already made a composition and a sketch. I would like to see this ribbon dancing in an original work of art, presenting a kind of nature, a kind of tenderness.”

He noted: “And the digital backdrops are able to represent a scene of descending fairies. The synchronization of dancing and technology [in the backdrops] exhibits the spirits implied in the dance and make the dance more vital and vivid.”

“Every dancer is making a conscious effort to bring all the messages of each program to the audience.” Su Chien-an said, “In theatrical performance, body language is the way of presentation. The audience can attentively feel this. It is the closest and most direct way to transfer invisible power subtly.

"When parents and children watch Shen Yun together, they must have stronger sense of the beauty. It is vital to educate the idea of beauty beginning in childhood.”