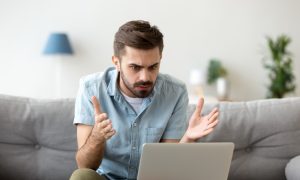 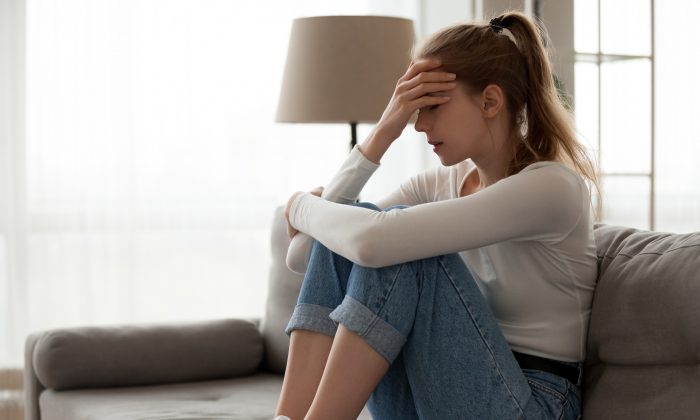 You may think your circumstances are what make you miserable, but it's actually how you think about your situation that leads to your feelings. (fizkes/Shutterstock)
Life & Tradition

Controlling Your Thoughts Is Not Impossible

This column discusses the mental and emotional rewards of attempting to control your thoughts when faced with life’s challenges. Yet when this opportunity arrives, people sometimes say controlling their thoughts is too difficult. They may even develop a mindset that says, “I give up.”

Often when this happens, they’re referring to how some of their challenges are too upsetting and that trying to control what they think won’t solve their problems. So they see no point in trying. They say that some thoughts are impossible to control. They just pop into their head, or they can’t avoid thinking in a judgmental manner about issues that are highly important to them.

Barry Gordon, a professor of neurology at the Johns Hopkins University School of Medicine, once suggested that it’s not only difficult to control your thoughts, it’s likely that you’re unaware of the majority of the thoughts you experience. But he says you can still exert control over the thoughts you’re aware of by directing your attention toward them—like shining a spotlight on them.

Bill Petit, a former psychiatrist for West Virginia University, offered a similar suggestion. Try viewing the constant flow of your thoughts as a smorgasbord of food. You have the option to pick a thought that will nurture you. Otherwise, if you’re unconcerned or inattentive about this, you could end up allowing a thought that’s harmful to you.

Some people might suggest you have a responsibility to choose your thoughts. Reputable psychologists like Martin Seligman and Chris Peterson are among those who support the finding that thoughts create emotions and that thoughts are foundational to our motivation and performance.

In fact, the relatively new fields of positive psychology, mindfulness, and emotion regulation are all based in part on understanding the power and importance of supervising our thoughts and creating positive emotions.

It’s true that controlling how you think won’t pay the bills when you’re jobless. Nor will it end a home foreclosure, or bring a loved one back to life. But controlling your conscious thoughts, says psychologist Susan Folkman, will grant you increased resilience and the ability to better cope with and resolve hardships and difficulties.

According to psychologist Jeffrey Nevid, it’s not widely understood that “behind every disturbing emotional state lurks a triggering negative thought.” He said that people are more often aware of their feelings than the thoughts that created them. They don’t make the connection between their thoughts and resulting emotions, which brings us to another reason why controlling your thoughts can be difficult.

Only within the last 20 years have educators acknowledged that soft skills might be the hardest and most important skills to develop. We’re finally starting to treat thinking as a fundamental skill that can be developed through mindfulness training.

Ancient sages and philosophers have guided people in how to better control their minds. One modern curriculum for this training was developed based on decades of medical research by physician John Kabat-Zinn, the creator of the Stress Reduction Clinic and the Center for Mindfulness in Medicine, Health Care, and Society at the University of Massachusetts Medical School.

Mindfulness training is designed to help you manage stress and avoid the unintended creation of unwanted emotions. You learn to pay attention to your conscious thoughts, remain nonjudgmental in your thinking, and accept life’s challenges. Mastering these skills requires daily practice with simple but effective exercises.

But regardless of the attention the “mindfulness revolution” has received in recent years, not everyone cares about this topic. Even those who do enroll in a mindfulness classes often become bored and many never complete the entire eight-week practice regimen.

People assume that because they can think, there’s no point in spending time or money perfecting how to think. As their life evolves, these untrained people may even insist it’s too difficult to control their thoughts. They develop the habit of blaming their circumstances or other people for how they feel, never realizing it is their unsupervised thoughts that are responsible.

In my work educating discouraged job seekers and dissatisfied employees, I’ve tried to help people want to develop better thinking habits. I don’t allow them to dwell on how difficult their thinking can be, particularly when they have enough problems on their minds already. The goal is to give them hope by strengthening their resolve and self-sufficiency to control the thoughts they can.

To illustrate, consider these two quotes from inventors who helped make our lives more comfortable by controlling their thoughts. The first is from Henry Ford who said, “If you think you can do a thing or think you can’t do a thing, you’re right.”

Hence, both thoughts are correct and the choice is yours. For the benefit of your mental health and self-motivation, stop thinking about the “can’t do” difficulties in controlling your thoughts and focus on the “can do” possibilities like the man who invented powered flight did.

In regards to the skepticism and challenges associated with powered flight, Orville Wright said, “If we worked on the assumption that what is accepted as true really is true, then there would be little hope for advance.”

Don’t accept as true the outmoded idea that your challenges cause your emotions or that your thoughts are too difficult to control. With a bit of study and practice, you can control some of your conscious thoughts to help you regulate the emotions they create. At the very least, you can correct for an unwanted emotion by thinking intentionally to replace it. This innate ability is truly a gift and should be used.

These two pioneering inventors succeeded because they didn’t allow their challenges to dictate their thoughts or weaken their resolve. Instead, they conquered their challenges by controlling their conscious thoughts, and they didn’t focus on the difficulties of doing this.

Since you have the ability to control what you say to others, so as not to offend them, you can also control your conscious thoughts when speaking with yourself. And while this can be difficult at times, at least you know it’s possible and beneficial. Doing so is more than an opportunity. Health psychologists are suggesting it’s your responsibility.

Jeff Garton is a Milwaukee-based author, certified career coach, and former HR executive and training provider. He holds an MA degree in organizational communication and public personnel administration. He is the originator of the concept and instruction of career contentment. Twitter: @ccgarton