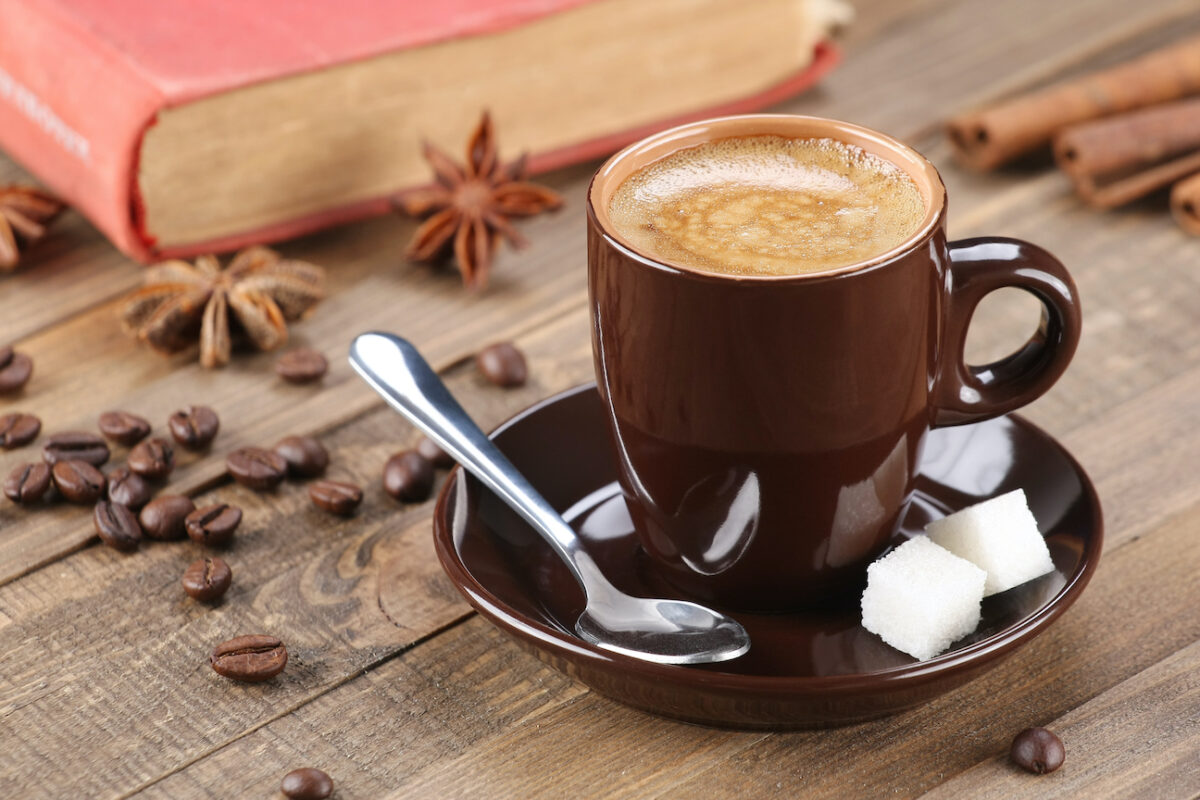 Sweetened coffee drinkers also had benefits, as long as they drank less than 4 cups per day. (Syomao/Shutterstock)
Nutrition

Coffee May Help You Live Longer—Even With a Little Sugar

New data suggest that the health benefits of coffee persist even when a bit of sugar is added.

The research shows that people who drank any amount of unsweetened coffee are 16 percent to 21 percent less likely to die than those who don’t drink it, based on data from 171,000 British participants.

Sweetened coffee drinkers who had an average of 1 1/2 to 3 1/2 cups per day were 21 percent to 29 percent less likely to die during a seven-year follow-up period than non-coffee drinkers.

But this doesn’t mean that you should head for a syrupy sugar-bomb of a coffee. The people who benefited tended to add just a little bit of sugar to their coffee.

On average, people put about one teaspoon of sugar in each cup, which only tacks on about 16 extra calories. Specialty syrup sugar coffees, on the other hand, can have hundreds of calories. They’re basically liquid cakes.

The study also found that unsweetened coffee drinkers had a lower risk of death regardless of how much they drank, with the greatest overall benefit being in the range of 2 1/2 to 3 1/2 cups per day.

Sweetened coffee drinkers also had benefits, but only as long as they drank less than four cups per day. Having 4 1/2 cups seemed to slightly boost the risk of early death.

If you’re a coffee drinker and like a little sugar, this can be great news for you. Sometimes it’s easy to get scared off by any amount of sugar, so knowing that there’s room for a slight indulgence in your daily coffee can be comforting.

If you don’t drink coffee, you don’t need to start drinking it for a longer life. There are plenty of other things you can do to live a long and healthy life.

Mat Lecompte is a health and wellness reporter for Bel Marra Health, where this article was first published.