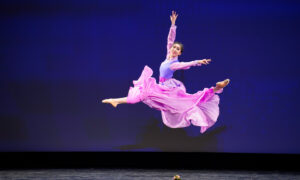 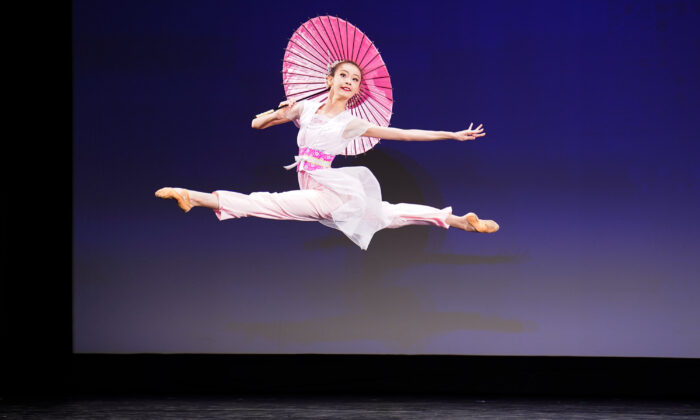 Carol Huang took home the Gold Award last time she entered the NTD International Classical Chinese Dance Competition, an event meant to celebrate and showcase the ancient art form of classical Chinese dance. It’s an art form that was all but destroyed by the Chinese Communist Party’s efforts to erase traditional culture, but a new generation of dancers like Huang is at the forefront of the revival.

This year, Huang again participated in the competition, now in its ninth year. “I was younger last time, so I think I’ve matured as a dancer, and as a person,” she said after performing in the semifinals on Sept. 4, 2021. “I used to think of dance as the performance, the movements and postures, and technique. But I continue to discover that classical Chinese dance has much deeper meaning. It has as its foundation 5,000 years of civilization, it can express the feelings in your heart, and it expresses an individual dancer’s whole lived experience.”

Huang, 17, says she wasn’t as nervous this time as she was last—but this year’s competition did present a new challenge.

A new requirement this year is demonstrating the skill of “shen dai shou,” or “body leading the arms.” This was a technique passed down in dance, martial arts, and opera during China’s millennia of culture, but was lost, just as much of the culture was destroyed by the communist regime in the past century.

This philosophy of movement has the effect of elongating and expanding a dancer’s movements on stage, resulting in more clarity in the expressive storytelling for the audience. It is a method that world-renowned Shen Yun Performing Arts and its school Fei Tian Academy of the Arts has pioneered in recent years, as “shen dai shou” is a commonly used phrase in classical Chinese dance pedagogy, but no other school has incorporated it systemically into its fundamentals and training method.

Huang, a dancer with Shen Yun, has been studying under this method, but her competition piece, “Spring Rain” is an umbrella dance, and she says the prop brought a new challenge.

“There are some techniques like tossing the umbrella, twirling it, and I had two months to prepare this piece so it wasn’t very long. At the beginning, I was a bit nervous because of all the techniques in the repertoire, plus the new requirement,” Huang said.

With this method of movement, the body leads the arms into motion. But with a prop in hand, it’s tempting to begin movement from the hands, or arms, Huang said, and it took some getting used to. Whenever she had a free moment, she would pick the umbrella up. “You can’t think of it as a prop … think of it as part of your body too, and move from the center of your body to the end of the prop.”

This method of movement has countless benefits from a dancer’s perspective, she explained. When she dances this way, everything feels lighter, she is more agile, and the natural look of the movements makes the dancers look so much more alive.

“Normally, you think a lot about your posture, the placement and precision of your movement, what your arms are doing. And now with this method, you discover that if you’re really beginning from your heart, from your center here, to exert force, a lot of the movements you don’t even have to think about precision because it already results in movement that is long, is the most beautiful, and has the most clarity.”

It’s not that you’re using this method to elongate your limbs, you really are using your body to dance.
— Carol Huang

“It’s not that you’re using this method to elongate your limbs, you really are using your body to dance,” she said.

Huang felt the competition’s mission of showcasing “pure goodness and pure beauty” was apt, because classical Chinese dance by nature is an art meant to show what is purely good and beautiful. It is the artistic legacy of a divinely inspired civilization, where central to the culture was the idea of harmony between heaven, earth, and humankind.

In the dance Huang chose for her competition piece, she sought to express this feeling. “It’s a young girl dancing in the rain,” Huang said. “I imagine her in a forest. Actually, a lot of ancient poems are about rain, they’re interesting. … I wanted to express harmony with nature.”

The finals will be live-streamed here.