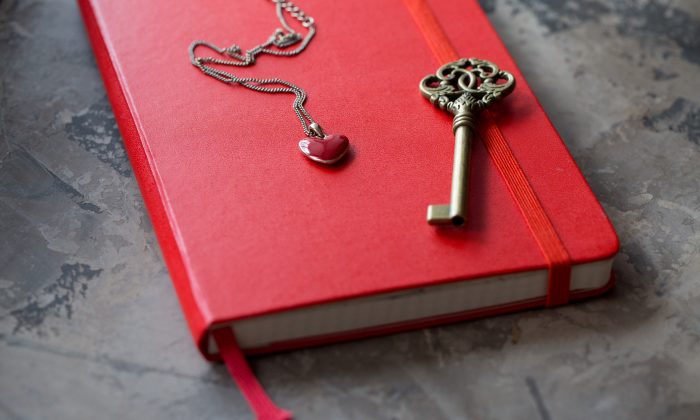 Madie Cardon, 16, of Utah took to Twitter and uploaded a picture of her old diary from when she was just 7 years old.

Cardon, a second-grader at the time, was going through some “grown up” things—or at least it appeared that way.

It all started in 2008 when her crush, a boy named Riley, did not accept her Valentine’s Day present that she and her older sister, Katelyn, stayed up nearly all night working on.

found my diary from when I was 7 I’m dyingpic.twitter.com/M57wJhsmFd

Riley threw the present in the garbage, thus bringing the little girl to tears.

To Cardon’s dismay, Riley did not like her—instead he liked her best friend Jessica.

And so begins her plan: revealing that Jessica wears Pull-Up diapers in hopes that it would turn Riley off—and Riley might end up falling for Cardon instead.

It’s unclear whether she actually went through with her plan, but Cardon wrote in her diary that she is done with boys forever.

“I am done with boys. I want to kill all of them,” she wrote in  her diary

According to New York Magazine, Jessica has seen the diary tweet, which has already been retweeted over 28,000 times. She says the notes in Cardon’s diary are “mortifying, but very funny.”

Cardon’s parents, Bryan and Robyn, told TODAY.com they were unaware about the drama that had transpired between the trio at the time.

“Madie used to be super shy around boys up until we moved to Utah two years ago,” Robyn Cardon told TODAY. “She has really come out of her shell and has quite a few guy friends.”