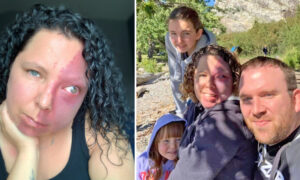 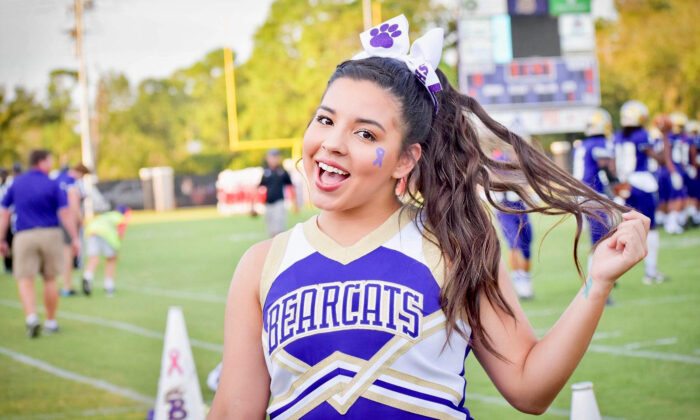 Cheerleader Posts Amazing Comeback on Facebook After Bullies Mock Her at Rally: ‘Are You Proud …?’

One teenage cheerleader’s Facebook post has attracted attention after she called out a group of bullies who mocked her at school.

Noelle Tyre posted a picture of herself wearing her cheerleading uniform, a huge smile plastered across her face.

From the picture, you’d never know it was taken right after she’d been publicly bullied in front of her entire school.

“This picture was taken two hours after I was made fun of and bullied in front of my entire school at a pep rally,” she wrote. “You wouldn’t know, would you?”

Noelle explained that on her senior cheer night, a group of teens decided to publicly humiliate her.

“Friday afternoon a group of kids decided to embarrass me and make a mockery of me in front of the school,” she said. “My senior year pep rally, my senior cheer night … this was the day they decided to put me down. Even after standing up for myself, they continued on with their foolish comments.”

But she wasn’t about to let them get away with it. She decided to stand up to the bullies, and she called them out in a public post on Oct. 26, 2019.

“Later that night, I stepped onto the field with my family. I cheered Friday night in front of the same people who tried to ruin that day/night for me. I cheered in front of them with a smile on my face,” she said.

This month, the brave young lady told The Epoch Times she’s always known how important it is to stand up for what you believe in.

“I took what happened to me and I’ve used it to better myself,” she said in an interview. “I had to learn the difference between following the crowd and being the person you truly are and standing up for what you believe in.”

She says that she knows we face difficult situations in life for a reason.

“Life will never be perfect,” Noelle added. “There will always be ups and downs, but the best piece of advice I’ve ever heard comes from the Bible.”

She cites a verse from Romans, which promises to transform devastating storms into good returns. “I’ve chosen to live by this verse, finding the good in the bad,” she shares.

In her Facebook post, she called out the bullies, inviting them to think about the implications of their actions.

“What if I’d been battling self-harm and you didn’t know?” she challenged. “Now let me ask you this … Are you proud that in order to have fun, you have to put others down?”

She also encouraged onlookers to speak up when they see bullying happening, “This shouldn’t happen to any one. If you see something happening and you don’t speak out against it, you’re just as guilty.”

According to Education Corner, 282,000 children are physically assaulted at school each month in the United States; and each year, roughly 160,000 children refuse to go to school due to fear of bullies.

Worse, an estimated 64 percent of students who experience bullying do not report it.

Noelle told The Epoch Times that by sharing her message, she hopes her story “reaches others who have been through similar situations and inspires them to persevere.”

“I also hope to reach those who take part in these hurtful acts and inspire them to be the change,” she said. “After all, resilient people are the strongest people.”