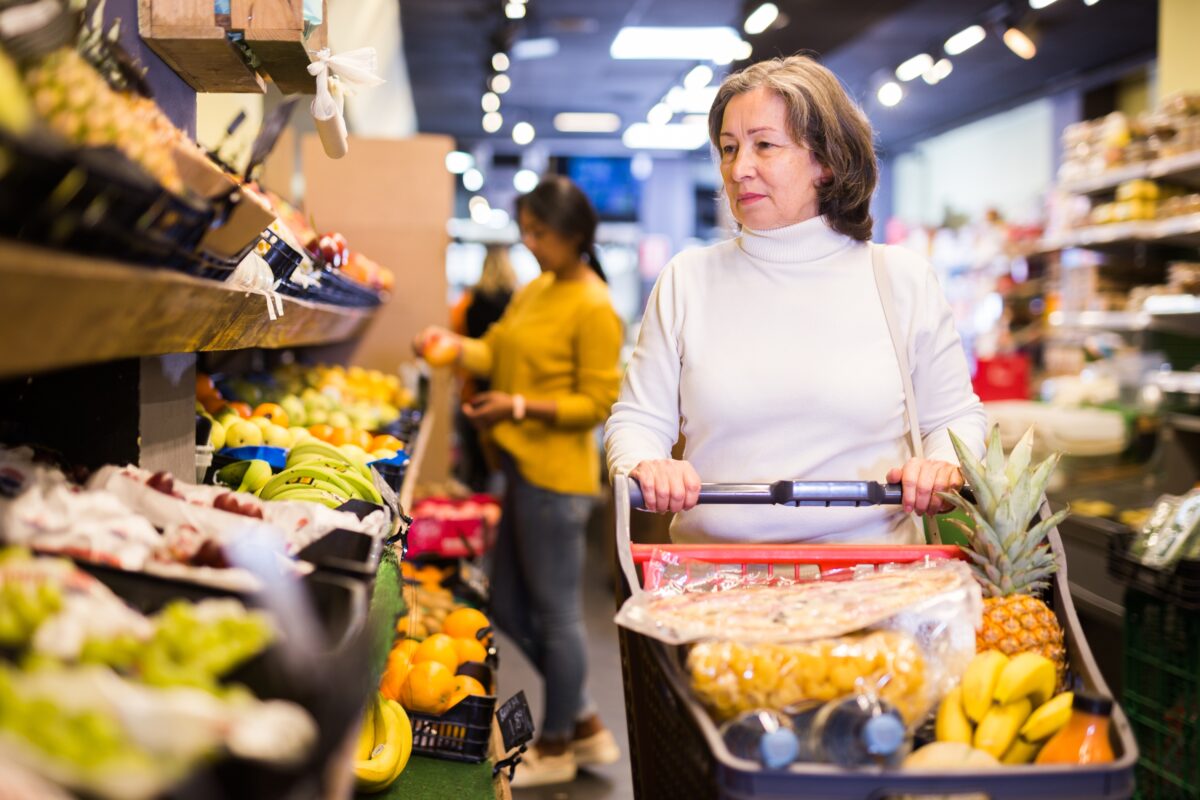 Everyone wants to live longer. And we’re often told that the key to doing this is making healthier lifestyle choices, such as exercising, avoiding smoking and not drinking too much alcohol. Studies have also shown that diet can increase lifespan.

A new study has found that eating healthier could extend lifespan by six to seven years in middle-aged age adults, and in young adults, could increase lifespan by about ten years.

The researchers brought together data from many studies that looked at diet and longevity, alongside data from the Global Burden of Disease study, which provides a summary of population health from many countries. Combining this data, the authors were then able to estimate how life expectancy varied with continuous changes in intake of fruit, vegetables, whole grains, refined grains, nuts, legumes, fish, eggs, dairy, red meat, processed meat and sugary drinks.

The authors were then able to produce an optimal diet for longevity, which they then compared with the typical western diet – which mostly contains high amounts of processed foods, red meat, high-fat dairy products, high-sugar foods, pre-packed foods and low fruit and vegetable intake. According to their research, an optimal diet included more legumes (beans, peas and lentils), whole grains (oats, barley and brown rice) and nuts, and less red and processed meat.

But given it isn’t always possible for people to completely change their diet, the researchers also calculated what would happen if people changed from a western diet to a diet that was halfway between the optimal diet and the typical western diet. They found that even this kind of diet – which they called a “feasibility approach diet” – could still increase life expectancy for 20-year-olds by just over six years for women and just over seven years for men.

These results show us that making long-term diet changes at any age may have substantial benefits to life expectancy. But the gains are largest if these changes start early in life.

The life expectancy estimates this study makes come from the most thorough and recent meta-analyses (a study that combines the results of multiple scientific studies) on diet and mortality.

While meta-analyses are, in many cases, the best evidence because of the amount of data analysed, they still produce assumptions with the data, which may cause important differences between studies to be ignored. It’s also worth noting that the evidence for reducing consumption of eggs and white meat was of a lower quality than the evidence they had for whole grains, fish, processed meats and nuts.

There are also a few things the study didn’t take into account. First, to see these benefits, people needed to make changes to their diet within a ten-year period. This means it’s uncertain if people may still see benefits to their lifespan if they make changes to their diet over a longer period of time. The study also didn’t take past ill-health into account, which can affect life expectancy. This means that the benefits of diet on life expectancy only reflect an average and may be different for each person depending on a variety of other factors, such as ongoing health issues, genetics and lifestyle, such as smoking, drinking alcohol and exercise.

But the evidence the researchers looked at was still robust and drawn from many studies on this subject. These findings also align with previous research which has shown that modest but long-term improvements to diet and lifestyle can have significant health benefits – including longevity.

It’s not yet entirely clear all the mechanisms that explain why diet can improve lifespan. But the optimal diet that the researchers uncovered in this study includes many foods that are high in antioxidants. Some research in human cells suggests that these substances may slow or prevent damage to cells, which is one cause of ageing. However, research in this area is still ongoing, so it’s uncertain whether antioxidants that we consume as part of our diet will have the same effect. Many of the foods included within this study also have anti-inflammatory properties, which may also delay the onset of various diseases – and the ageing process.

Of course, changing your diet completely can be difficult. But even introducing some of the foods shown to increase longevity may still have some benefit.

Laura Brown, Senior Lecturer in Nutrition, Food, and Health Sciences, Teesside University This article is republished from The Conversation under a Creative Commons license. Read the original article.