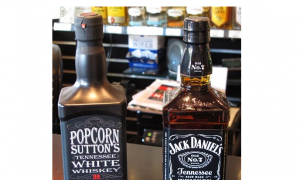 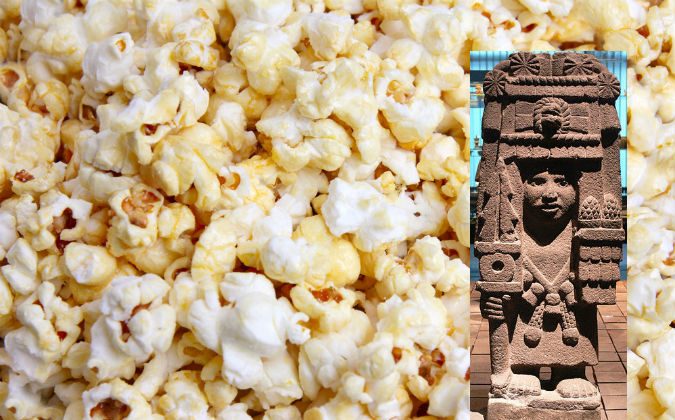 Aztec goddess of corn and popcorn. The approximately 80,000 year old snack. Learn how to make your own traditionally with Celtic sea salt or clarified butter based caramel.
archaeology

This easy (potentially 80,000-year-old) recipe for Celtic or caramelized popcorn will you save from microwave popcorn—a nasty modern concoction. Read on to discover all about microwave popcorn, how native Americans popped corn, and how the Aztecs used popcorn to honor their goddess of agriculture, Chicomecoatl.

A Recipe for 3-Minute Celtic (or Caramel) Popcorn

Use a thick bottom pan with a lid as the popcorn can jump almost 3 feet (a meter high).

A Ceremonial Snack From Antiquity

Popcorn may well have been a snack ages ago! Scientists believe that the earliest use of wild and early cultivars of corn was for popping. And traces of popcorn have been dated back millennia and certainly to the time of early the American settlers. Even earlier, 5,600-year-old popcorn ears were found in the Mexican Bat Cave and corn pollen dating back an amazing 80,000-years was found underneath Mexico City.

Early discoverers of America reported that Native Americans popped corn in heated sand and ceramic pottery to eat it ‘as a confection.’

The Aztecs worshiped their goddess of agriculture and the female aspect of maize and plenty, Chicomecoatl. They used the “white flowers” as ceremonial headdresses or necklaces. Chicomecoatl is normally depicted holding an ear or ears of corn.

The Nasty Side of Microwave Popcorn

It’s hard to say how much popcorn Aztecs and Native Americans consumed, but Americans today eat an impressive amount of about 64 billion cups popcorn per year. It would be a nice idea to think of that huge amount of popcorn was homemade because here is the small print to the microwave variety:

So, enjoy your homemade popcorn!

* Image of popcorn via Shutterstock, image of Aztec goddess via Wikimedia Commons.