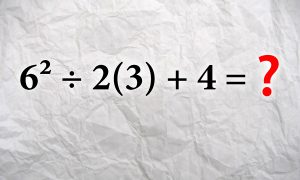 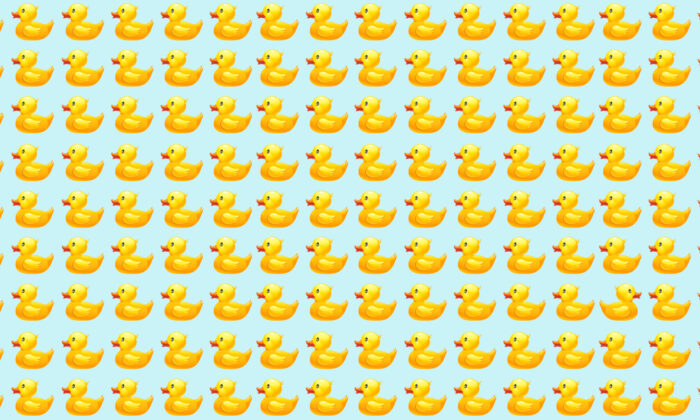 Can You Find the ‘Odd Duck’ in Less Than 20 Seconds? If So, It Could Mean You Have a High IQ

An “odd duck” has long been an expression to designate an idiosyncratic person who behaves in an unusual way, but today we’ll quite literally be looking for the odd duck in a brain-training visual puzzle that will test your deductive reasoning. The strange bird is lost in a sea of perfect yellow bathtub-style ducks and it’s your mission to find it in less than 20 seconds.

You won’t just be having a little fun and getting your mind off the news; you’ll also be doing something good for your brain. As Cambridge Brain Sciences note on their website, “The deductive reasoning skills that Odd One Out puts to the test are essential in everyday life. Every time you argue that something is true because of a set of facts, you are using deductive reasoning.”

Are you ready for the challenge? Get your stopwatch ready and may the best duck, err, man win.

How did you fare on the challenge? Did you manage to find the different duck in the 20 seconds? The key was to notice that all the ducks were facing to the left—all except for a lone, right-facing duck. If you look three rows from the right and five rows from the bottom, you’ll spot the rebel facing in the opposite direction.

Many of the people who solved the puzzle online took some humorous liberties with the challenge. As one commenter wrote on Facebook, “Just because we found the odd duck, doesn’t mean we are a genius. Just an odd duck …”

Another joked that finding the “odd duck out … in 2 seconds makes me very observant but not a genius … not all the ducks are in a row.”

All puns aside, the “odd-one-out” challenge has been part of many of the modern IQ tests that were developed at the beginning of the 20th century, so if you regularly do well on these kinds of puzzles, it says something about your problem-solving skills.

Cambridge Brains Sciences explains, “Odd One Out is abstracted from a real-life context, but you can imagine your brain going through similar processes whenever you have to figure out a correct answer based on complex rules.” The example they give is particularly pertinent for the spring season in the United States: “Think of your tax return: based on your country’s rules, which of your income sources does not belong with the others?”

Interestingly enough, odd-one-out puzzles aren’t just about keeping your eyes sharp; the skills required to solve them quickly and successfully are also key to a healthy brain. “Deductive reasoning tests generate a characteristic pattern of activity in the back and outer surface of the frontal lobes, at the intersection between the two hemispheres, and in the middle of the parietal lobe at the back and top of the brain,” Cambridge Brains Sciences adds.