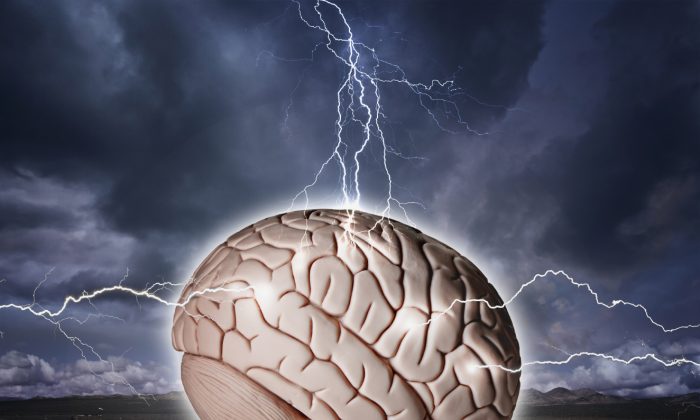 The procedure, called transcranial direct current stimulation, involves placing sponge-covered electrodes on the head and passing a weak electrical current between them. It is widely regarded as safe and also is being studied for depression, Alzheimer’s-related memory loss, and stroke recovery.

Results of the new study may give people with schizophrenia hope for a more normal life, says David Schretlen, professor of psychiatry and behavioral sciences at Johns Hopkins University.

“Cognitive impairment is as ubiquitous as hallucinations in schizophrenia, yet medications only treat the hallucinations,” Schretlen says. “So even with medication, affected individuals often remain very disabled.”

Tuning in on Brain Waves

Researchers targeted a brain region called the left dorsolateral prefrontal cortex, which plays an important role in short-term or working memory and is abnormal in people with schizophrenia.

Interestingly, parents, siblings and children of people with schizophrenia show some of the same abnormalities, though to a lesser degree.

For the study, published online in Clinical Schizophrenia and Related Psychoses, researchers recruited 11 participants: five adults with confirmed schizophrenia and six of their close relatives. Each received two 30-minute treatments—one using a negative electrical charge, which the researchers thought might prove beneficial—and the other using a positive charge as a control.

During and after each treatment, participants completed cognitive tests. On tests of verbal and visual working memory, participants performed significantly better after receiving a negative charge, and the effects were “surprisingly strong,” Schretlen says.

To test that, participants were given a minute to list things they could buy in a supermarket. Most people taking the test rattle off items in categories, naming fruits, then vegetables, then dairy products, for example. While study participants did not come up with more words, they did better after a negatively charged treatment at the challenging task of switching between categories.

The stimulation “was associated with better performance on working memory and subtle changes in word retrieval,” Schretlen says.

He is now studying transcranial direct current stimulation in a larger sample of patients using repeated sessions of stimulation, which he hopes will induce lasting benefits.

“What’s nice about transcranial direct current stimulation is that it’s so benign. There are no bad side effects,” Schretlen says. “If it enables people with schizophrenia to think more clearly, it would make a huge contribution to the treatment of this devastating illness.”

Schretlen and another researcher are entitled to royalties on sales of a test used in the study. This arrangement is managed by the Johns Hopkins University in accordance with its conflict of interest policies.