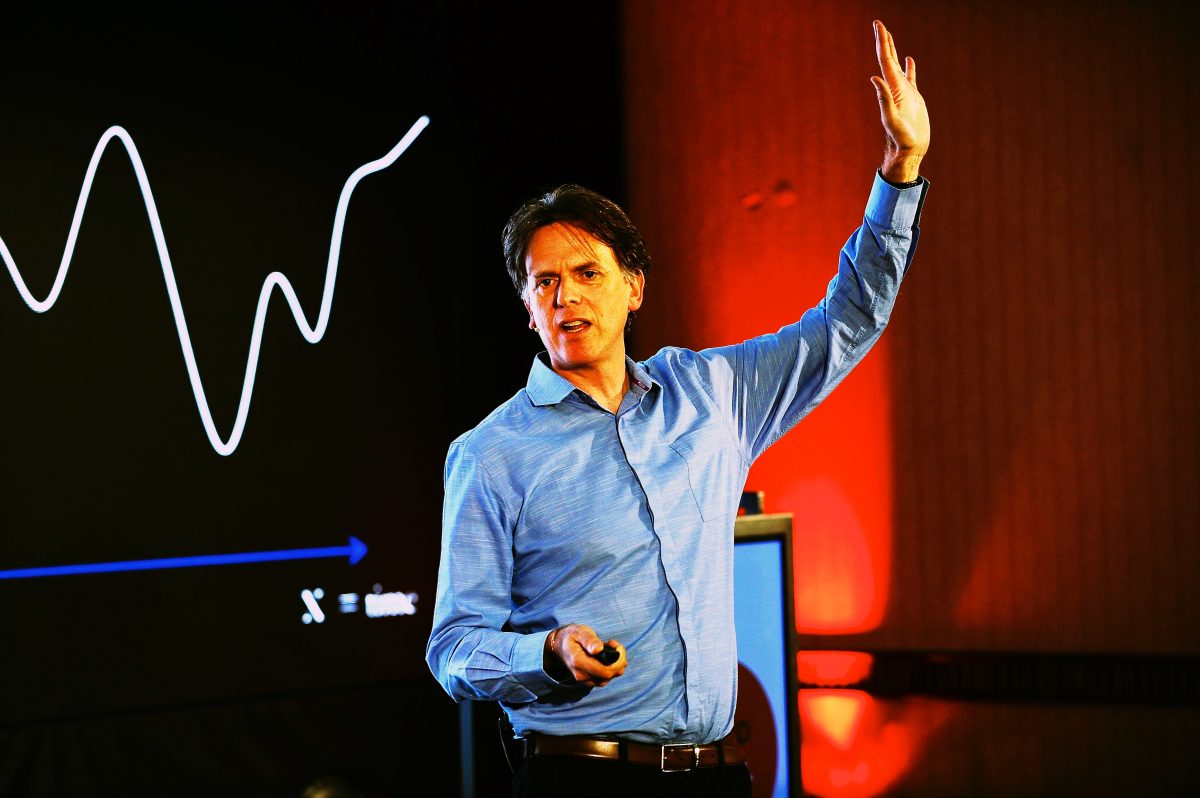 Then he thought again. “Suddenly my brain said: ‘Just imagine if you were dead David, and you were given a minute back on life but you had to take it here. Would you be complaining? Would you take a minute?’

“I would definitely take this minute. Just 60 seconds of normal life. I would not be complaining, I would be amazed at fellow human beings, I would savour the smell of the sweat, I would enjoy the aches of my body.”

He’s taken that “let’s do this now” energy with him ever since. “You know, maybe there’s never going to be a tomorrow,” he said spiritedly.

It’s been a theme in David’s life and career: finding that magic and meaning in mundane moments. Now he helps business leaders think outside-the-box.

He’s worked with influential people in some of the biggest companies in the world, like GlaxoSmithKline, Google, Intel, and Barclays, and runs an arts company and a social enterprise on the side. But getting there hasn’t been an easy ride.

It wouldn’t cross your mind that David, an enterprising 56-year-old, sitting comfortably with a coffee in a central London café, has survived two suicide attempts.

The real low points in his life, like a dark and desolate abyss, were incredibly dangerous. When he was a university student at Cambridge he tried to commit suicide, for the second time. The first attempt was when he was a teenager.

“I think when I look back it was bad luck,” he said. “You can deal with one difficult thing, or two, but five in a row? It’s like buckets coming at once. I’ve noticed with people they can deal with any one of them individually, a break up of a relationship, work pressure, feeling not good in your skin, worry about the future … all of those were happening, changes I guess, and it all happened at once,” he recalled.

Lows force you to think about the deeper things in life, he said, but he doesn’t advocate depression. He recently spoke about it at a talk hosted by Google, as he felt that many business people suffer in silence. “I wanted to talk out and say, listen, you’re not alone mate,” he said, perhaps challenging the stigma around emotional health in the corporate world.

He has the demeanour of a performer as he speaks. It’s no surprise, as he has been an opera star since he was a young child after his school teacher spotted his talent. He debuted with Placido Domingo at age 9 at the Royal Opera House in Covent Garden and sang professionally there until age 13.

That exposure to the opera world at such a young age, where he was a schoolboy by day and an opera singer by night, deeply touched his heart. “It was the real-ist thing I ever heard. It wasn’t the stupid story or the crazy costumes, it was the power of the music, tucked through all the everyday stuff. It wasn’t opera it was life to be this bright, and it can be this beautiful,” he said.

The people for me who seem to do best and be happiest are the people who know their why.
— David Pearl

After working part time as a writer for film director Stanley Kubrick while studying at university, he continued his journey as an advertising writer by day and a professional opera singer by night. He then set up Opera Circus, a company that combines opera, circus, and theatre, and presented a music series called ‘The Score’ on BBC2.

He thought he’d always belong in the world of art. But an unexpected call from one of the largest professional services companies in the world drew him towards the world of business. Now he works on bridging the two worlds, living in the “smudge” in between.

“I don’t think I’m a performer or a business person, I really am hybrid. I’m both, I feel very comfortable in both areas. I’m clearly not a hard-nut businessman and I’m not a crazy art person, like most of us I live in the smudge,” he said.

“I live in the sort of grey area in the middle of it, green, I don’t know, whatever it is.”

The Theatre of Business

The company that phoned, which he insists can’t be named, asked for David’s help because they wanted to bring the arts into the way they made relationships, solved problems, and did business.

His solution was to build a skeleton theatre on a clifftop in Portugal, to have 1,500 of the staff come together, and to ask them to create an opera performance. He started to bring his theatrical experience to businesses.

The Art of Networking and Coffee Chats

Sceptics might question whether it would really work. The key is to work on things over time, he said, and the advantage of an individual event is that it gives people an experience that they can refer back to.

“Will one event change their performance? No. But is it an example of people’s collaboration? Yes it is. People say we can’t collaborate – well, yes you did,” he said. “To the sceptics I would say don’t just measure time, keep looking and listening; in 6 months time there might be changes.”

His creative streak has certainly got people thinking differently; he has since organised over 800 events for different organisations. David sees a synergy between theatre, life, and business.

“Characters in drama all have a ‘why’ underneath their actions,” he said. “I found that most people have a why if they think long enough … And the people for me who seem to do best and be happiest are the people who know their why.”

He used to hide his musical side in business meetings, but now he uses it to his advantage.

“I’ll often sing in the boardroom, I just launch into song. Not for shock value but sometimes it’s easier – one song can say what 1,000 PowerPoint presentations would never do. If the room is going dead, I might just sing to them to re-energise them to shock them awake.

“Or if there are people who are thinking about engaging with people or connecting with the customer, I sing them a love song to remind them that music and the arts have an incredible amount of technology to help you connect with audiences.”

Of course, music isn’t just about connecting businesses to their audiences. It’s how he met his wife 24 years ago, serenading her under her window. They are now settled only a couple of streets away from where they first met, with their two children Elsa, 17 and Zachary, 15.

Aside from writing books – most recently “Story for Leaders” – he runs Impropra, an improv opera company, and a not-for-profit venture called Street Wisdom. That’s a lot of projects going on at once.

“I like the contrast of the different lives I’m leading. It keeps me energised,” he said. “Instead of thinking there’s one day and you’re yourself from the beginning to end, I like to think there’s one day and there’s probably five or six mes, each doing a bit of it. Then, I think I’m less tired at the end of the day.

“I’m living a few lives at once, like a rockstar business life.”

The moment in the bus, where David suddenly found inspiration in the ordinary, was one of the catalysts behind the social enterprise Street Wisdom, the third project he runs.

The workshops that are free and are run globally “give participants the skills to access the ‘invisible university’ that’s all around them and find fresh answers to personal or work-related questions – with profound results,” the website explains.

Though it sounds mystical, through a Street Wisdom taster session I found myself appreciating the small things on the street that I would not have otherwise appreciated, a beauty in the mundane. Being aware of the environment, rather than busily rushing from A to B, opened my mind.

“What we do in Street Wisdom is mindfully wander,” said David. “There’s wisdom in the wandering. You’ll find things that you wouldn’t do otherwise.” Many people who have come on the workshop have had life-changing experiences, finding answers in the environment around them. “You don’t have to go on holiday to have a new thought,” he said. Mostly it’s about slowing down.

It’s also designed to get business people out of the office and to think differently.

“For a while I’ve started taking businesses out of their offices, I noticed there’s a difference when you’re out of the office – ah, I’m a human – sort of thing,” he said.

“You also don’t have an identity. It doesn’t matter if you’re standing in a queue in a post office or you are sitting in a cafe, no one knows or cares if you are head of blah blah, or Chief Financial Officer of a bank, you’re just a person.”

So next time you’re stuck in public transport on your daily commute, a little mindful wandering might just get you on your way.