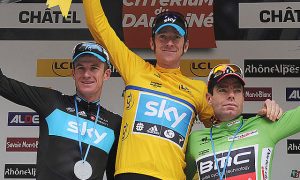 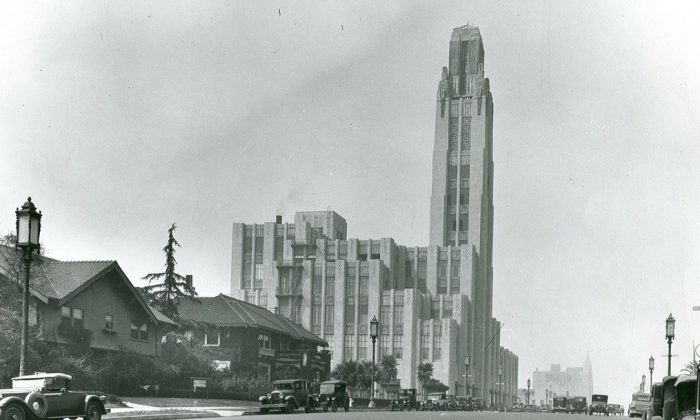 The Arte Moderne (Art Deco) Bullocks Wilshire building as it stood at its opening in 1929 in a residential neighborhood in Los Angeles, not the busy urban corridor as this section of the city has become today. (Security Pacific Collection, Courtesy Los Angeles Public Library)
Life & Tradition

Bullocks Wilshire: Then and Now

On the 3000 block of Wilshire Boulevard in Los Angeles is a piece of work bound to take the eye. The Bullocks Wilshire building, fronted by a tarnished copper spire, operated as a luxury department store for 64 years to 1993. The building represents stylistic preeminence befitting the store’s moniker “Cathedral of Commerce,” where one of the leading architects of his day, John Parkinson, and dozens of craftsmen and world-class artists hewed Bullocks Wilshire into a one-of-a-kind rapture from an eclectic blend of rare and exotic raw materials and figments of the imagination.

The spotlight was on Bullocks Wilshire in a recent open house given by Southwestern School of Law, long-time neighbor of the building and its owner since 1994. Hundreds of visitors from across Southern California made the junket to view the architectural wonder, noted for what came to be labeled in the 1960s as Art Deco.

Southwestern’s investment of $29 million in the purchase and transformation of the place into a law library and multipurpose functionality of a law school while preserving the original architecture and art work met with approval for the many, who gabbed about their long-ago experiences as a shopper or worker at the store.

According to historians, Bullocks Wilshire was an answer to the burgeoning car culture in Los Angeles. Spelled without an apostrophe to distinguish this upscale emporium from the ubiquitous Bullock’s, Bullocks Wilshire called guests “patrons,” not “customers,” and steadfastly claimed to be a “specialty” store, not a “department” store.

It hit all cylinders with high-class enticements of bold displays in street-facing windows and a parking area in back with a carport, termed porte cochere. Sales rung up with pencil and paper, not a “disruptive” contraption called a cash register, pointed to a culture of personalized attention to the point of store personnel, called associates, making house calls. A visitor on the Southwestern tour recounted how her cousin was fitted at home for her wedding dress.

Hollywood’s glamour set of Greta Garbo, Mary Pickford, Cary Grant, Marion Davies and her beau media magnate William Randolph Hearst and others made their marks at Bullocks. Mae West shopped but never set foot in the store. Apparel was brought curbside for her. John Wayne was a regular for fashion shows in the fabled Tea Room. Angela Lansbury worked as a gift wrapper until her Academy-Award nominated film debut in Gaslight (1944). June Lockhart, Lassie’s mom, patrolled the sales floor, as did future First Lady Pat Nixon.

Bullocks Wilshire’s decline and fall is attributed to shifts in shopping preferences to suburban malls and a decaying neighborhood. Today a mock courtroom stands in place of ladies’ handbags and accessories. The imagination may be tested to picture confrontation and discrediting witnesses played out where once was a theme of helping and pleasing people. Study desks cabled to networks occupy the legendary fur room.

The Louis XVI Room, where wealthy ladies viewed designer clothes on live mannequins, is now used for law school special events. Still, what might have been, one might ask, if the chief competitor for the building, an electronics store, had won the bidding?

This tour was not just about the physical, opulent majesty of Bullocks Wilshire. In its lifetime, it was a place to come back to, a hearth, which, as a former associate on the tour put as having “no equal.” Fellow workers were “very nice,” she explained, and were trained not to judge people. The royal treatment, in other words, was extended to everyone.

Further manifestations of Bullocks Wilshire’s resolve for dignity and refinement could be found in senior associates being addressed “Miss” or “Mr.” Scattered about the store were associates in their 60s, 70s and 80s. Not unheard of was for an employee to work up to the last day of life, the case of an octogenarian manager who didn’t call in one day.

Another, Miss Rose, who began in handbags with Bullocks Wilshire in the Depression, was said to have never missed a day except for her internment in WWII for people of Japanese ancestry. Mr. Davis started as a horse-stable hand in the 1920s for the store’s founder, John Bullock, and transitioned to a dapper-dressed figure milling about doing tasks of his own choosing until his passing in the 1980s.

The tour of Bullocks Wilshire meant something distinctive for each person, of course. But knowing the story behind the façade from the people who lived it made it more meaningful.