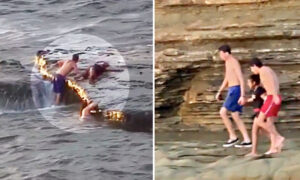 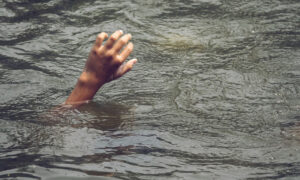 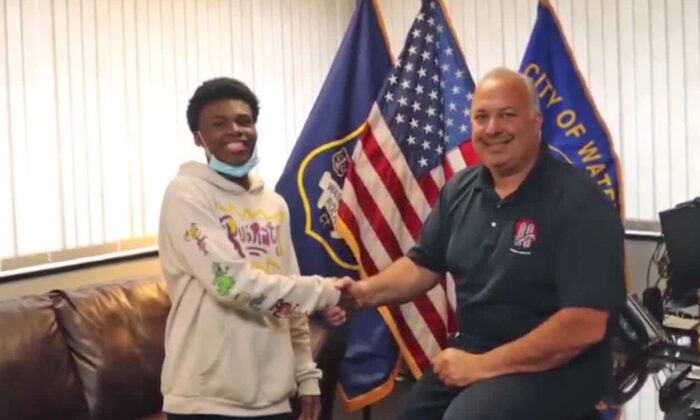 A Connecticut teenager was walking down the street when he saw something that made his heart sink. A small SUV covered in flames drove past him and he could see a little girl out of the car window.

The Waterbury Police Department received multiple calls on Sept. 9, describing a woman trapped inside a burning vehicle, officials said in a Facebook post. Justin Gavin, 18, was on a walk to a local Walgreens when he first realized that there was a car on fire. Drivers honked their horns and got out of their cars to notify the mother driving the burning vehicle that it was in flames, Gavin said.

However, the mother couldn’t stop. That’s when Gavin says he didn’t have time to think and just sprang into action. He chased down the burning car to help the family escape.

“I just felt like if I was in that situation, I would want somebody to help me out,” Gavin said. “I guess my instincts took over.”

When Gavin finally reached the vehicle, it had come to a stop. He opened the car door and helped the mother out of the driver’s seat first, officials said. As the flames grew larger, he pulled the three children in the back seat to safety, including a 4, 9, and 1-year-old, who was in a car seat.

According to Gavin, the car was engulfed by flames moments later.

“It kind of got scary because I didn’t know whether I was going to be able to get everyone out in time. And luckily, I did,” Gavin said.

The mother credits the teen with saving her family’s life, officials said. The police department honored Gavin as a hero. Police Chief Fernando Spagnolo awarded the teenager with a “challenge coin” to acknowledge his courageous act. Gavin smiled in glee as the chief shook his hand and offered him the token of appreciation.

“I hope that when you have that coin it just reminds you of this day and you can reflect back on all the good that came out of this for you and that family that you saved,” said Spagnolo.

Gavin told CNN the experience was inspiring and changed his perspective of the police. “It made me realize life is short,” Gavin said.