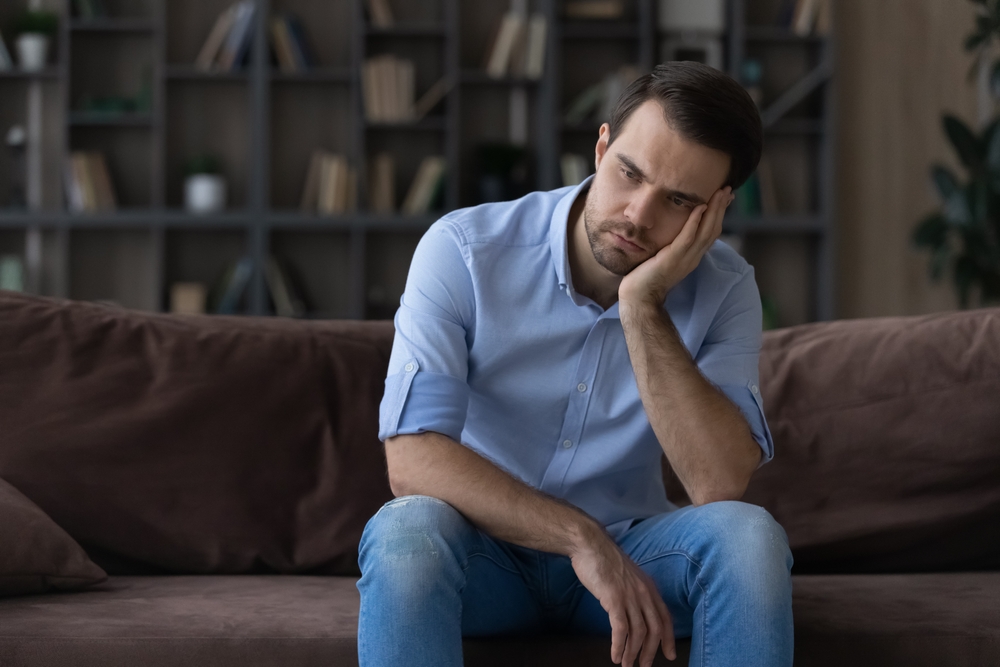 Depression can have physical symptoms in the brain, and inflammation is one linked to chronic depression. (Shutterstock)
Brain Health

Traditional treatment for chronic depression typically involves medications that impact brain neurotransmitters — brain chemicals responsible for mood, motivation, behavior, and mental activity. However, many patients with depression do not respond well to pharmaceutical treatment or natural remedies such as 5-HTP or Saint John’s Wort.

While the conventional medical model insists on sticking with these minimally successful approaches, a new model of depression has emerged in recent years.

When the brain becomes inflamed several key things happen. First, inflammation slows down conduction between nerves. When the frequency of firing (communication between neurons) decreases in the frontal lobe and limbic lobe, this can lead to depression.

Dopamine is called the “pleasure and reward” neurotransmitter. Symptoms of poor dopamine activity include:

Serotonin is considered the joy and well-being neurotransmitter. Symptoms of poor serotonin activity include:

Inflammatory states disrupt the mechanism that allows these key precursors to cross into the brain via the blood-brain barrier, the protective layer surrounding the brain that is meant to allow good substances in and keep harmful substances out.

This dynamic creates a chronic pattern that may look like a neurotransmitter problem at its roots, but attempting to affect neurotransmitter levels with traditional treatments really has no effect because it does not address neuroinflammation.

A third key link between neuroinflammation and depression involves the receptor sites on neurons that respond to neurotransmitters. Even in the presence of sufficient dopamine or serotonin, brain inflammation impacts the ability of these receptors to respond to neurotransmitters that bind to them. They simply can’t carry the message across the spaces between neurons.

Out of control glial cells can harm the brain

The brain is comprised of two types of cells: neurons and microglia cells. Neurons are responsible for communication within the brain. Microglia cells are the brain’s immune cells. They are in charge of facilitating healthy neuronal function, reacting to foreign invaders, and cleaning up plaque and debris.

However, unlike the immune system in the rest of the body, glial cells don’t have a well-regulated off-switch. When over-activated, glial cells create an all-out assault on antigens that enter the brain, but they don’t necessarily turn off afterward. This is what creates chronic brain inflammation that degenerates brain tissue, causing symptoms.

You can now see why so many patients don’t respond to conventional treatments that target neurotransmitter levels. When the brain is in a state of chronic inflammation, adding neurotransmitters or attempting to change how they function only covers one small part of a larger field of possible breakdowns.

I’m teaching a new course on how to identify and treat neuroinflammation, a common underlying cause of Major Depressive Disorder.

This story was originally published on the Kharrazian Institute’s Blog.