How to Run a Marathon
0
Share Now
TelegramFacebookTweetEmailTellMeWeReddit
Copy Link 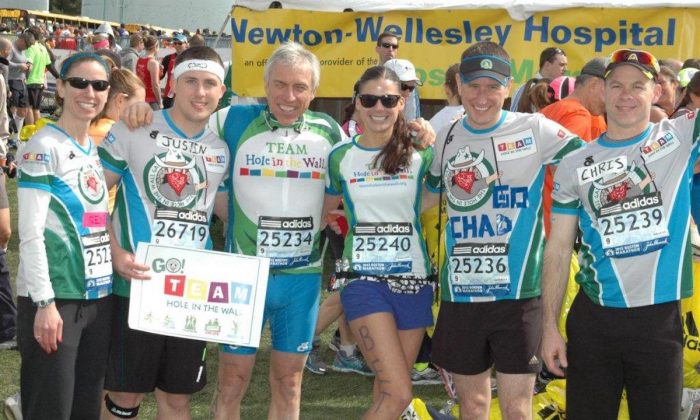 The bombing of the 2013 Boston Marathon killed three people and wounded scores of other runners and spectators. One runner was turning the corner and was about 50 feet from the finish line when the first pressure cooker exploded. Now, he’s running across the country to illustrate what makes the United States such a special place.

Larry Grogin is 64 years old, and participated in his first race at the Los Angeles Marathon in 1983. When Grogin runs, the experience clears his head, and he finds he connects with the people he runs with on a different level.

Grogin remembers the 2013 Boston Marathon, with people lining the entire 26-mile route cheering on the runners. When he turned the corner for the final leg of the race, the first bomb exploded. Shortly after the second one did as well.

“It was such a stark wake up call to go from this place of euphoria, this place of life is good and I’m just kind of floating on a cloud to this harsh reality,” Grogin told The Epoch Times.

Seconds after the explosions, first responders including a group of about 50 to 100 police officers ran as fast as they could toward the blasts. After seeing their heroic actions, Grogin felt compelled to distill something positive out of such a horrific attack. Despite the trauma, Grogin was determined to run in the 2014 Boston Marathon.

The following year, Grogin ran from his home in New Jersey to the 2014 Boston Marathon and raised $250,000 for Paul Newman’s Hole in the Wall Gang Camp. After he reached Boston, he took a day off and competed in the race the following day. As he ran the marathon, the crowd bellowed “Boston Strong.”

When he turned the corner for the final leg of the race he couldn’t help but think the bombing would happen again. However, for the majority of the race he had a magnificent time. Once he crossed the finish line, he felt wonderful.

Now, Grogin is running across the country from New Jersey to Los Angeles in a run entitled “Strides for Humanity.” His goal is to talk with and document the people he runs with and meets with along the way, and have them share their stories.

He’ll use a little camera and will be traveling with a film crew to document his experience, and wants to ensure people’s voices are heard and celebrated. They’ll also hold town hall meetings at end of every day for people to speak and share their beliefs.

Grogin believes there is so much divisiveness in the country at the moment, and he wants to show how special America is and the people who live here are.

“I go back to that moment that I told you about earlier when I saw those police officers running as fast as they can on the brink of having coronaries to do what Americans really do well. To pool together, resourcefully, beautifully, magically, and help one another,” Grogin explained.

Grogin has been preparing by running, resting a lot, adjusting his diet, and getting himself in the right psychological headspace.

He will start in New Jersey on July 19, will run for 94 days, and will finish up on Oct. 20 in Ventura, California. He hopes people will join him throughout his run, and hopes thousands more will join him for the final leg. To find out more visit the Strides for Humanity website.

“I hope that we’ll create a little catalogue that people can go back to and look at even a hundred years from now and say ‘What a great place. What a bunch of really great people. What a bunch of amazing people I got to to see in this beautiful country.'” Grogin said.