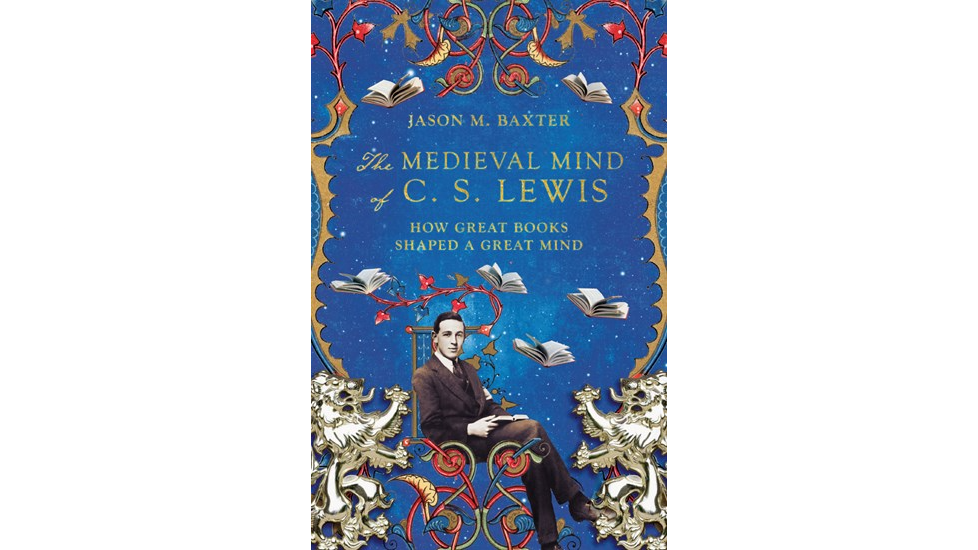 A casual look at C.S. Lewis’s Space Trilogy might suggest he was enamored with our future, but he actually embraced the past.
Books

When I was a young girl, my mother gifted me one Christmas with D’Aulaires’ “Book of Greek Myths.” It stuck. When I went off to college, it was classes in Greek and Roman mythology and philosophy that had my mind soaring with a deeper appreciation for these ancient shapers of thought.

This scholarly work by Jason M. Baxter, an associate professor of the arts and humanities at Wyoming Catholic College and the author of several books on Dante, immediately intrigued me.

Children and adults for decades have been captivated by the fantasy fiction that C.S. Lewis produced, most notably “The Chronicles of Narnia” and “The Space Trilogy.” As a convert to Christianity in his early 30s, Lewis also became  known as a staunch supporter of his faith and a champion writer among Christian apologetics.

But clearly Lewis had a love for ancient voices. It’s these voices that Baxter explores in “The Medieval Mind of C.S. Lewis,” voices that shaped Lewis’s imagination and provided deep insight into his prolific writings.

Lewis devoured reading and research. He valued study. He had a love of language. He clearly had a medieval worldview, one that helped craft his vivid storytelling and one that gave credence to his strong faith. He wanted to breathe the medieval air.

Through Baxter’s eyes, like a trustworthy guide of sorts, readers can take a look at the books that lined Lewis’s bookshelves, the authors of old that he revered and the contemporary authors that he admired. He seemingly was open to all but had an affinity and fondness for those intellects deeply rooted in a view of the world that was wildly joyous.

Lewis sought out the great writers for their great influences on mankind. He wanted to preserve classical literature, help explain it, and make it intelligible and meaningful.

What a glorious journey Lewis had through Dante’s “Divine Comedy,” a narrative poem completed in 1320, a year before the Italian poet’s death. Dante was one of his favorites.

Then there is the Roman statesman, Boethius, in his “The Consolation of Philosophy,” written in 523. His philosophical work had a great influence in the West on Medieval and early Renaissance Christianity.

Virgil’s “Aeneid,” the writings of St. Augustine, Thomas Aquinas, William Wordsworth’s “The Prelude,” Rudolf Otto’s “The Idea of the Holy,” and the list goes on, including more obscure writers like Macrobius, Bernardus Silvestris, and Alan of Lille.

And it wasn’t just past authors who gave Lewis his insights on the spiritual and natural world. He took sanctuary in special places as well. Like the Salisbury Cathedral in England. Hard not to look up. Hard not for your spirit to soar and for the saturation of light to take you beyond this world. At the same time, there is an orderly rhythm to the naves and spires and legions of stained-glass windows. For Lewis, it was all symbolic, all sacramental, all designed to bring us closer to an understanding of the universe and its creator, a symphony for the soul.

“…The intellectual historian driven by an intense commitment to the old books, to which he clung, stubbornly resisting the rush and pull of the current of modernity. ‘Translating’ them into a modern vernacular, as Boethius had done for classical thought in his own day, constituted his vocation.”

For Lewis, there was not just timelessness to the old books but a sharp sense of timeliness. What they had to say, while centuries ago, still have value today.

Readers may chuckle learning how Lewis was not a fan of the automobile or newspapers: For him, these were time robbers from higher-order thinking and soul-searching endeavors. Traveling in a car, for Lewis, was a space alienator. He had fond memories of a grandfather calmly walking through the countryside and of all the feelings that can be absorbed during this experience. Speeding up takes that away.

At the same time, his fantasies include space travel but were written from a perspective that technology could not triumph over the universe. He incorporated traditional Christian theology and mythology in his three-book future-oriented series.

For Lewis, medieval myth and modern science can share space. Embracing one does not need to exclude the other. They can be reconciled.

“In both the medieval and modern worlds, human beings are privileged observers of the great cosmic dance, even if they are not the central participants.”

The read is hopeful. In exploring the mind of C.S. Lewis and the influencers in his life, we learn more about this man, his nostalgia for the future, as Baxter describes this yearning, a future when the spiritual and natural world will harmonize.

The negative naysayers will not rule. There will be no demise of Christendom. It will be a world where it all works, a world beyond, a world to look forward to and within our embracing. All will be well.

Those are words worth hearing.