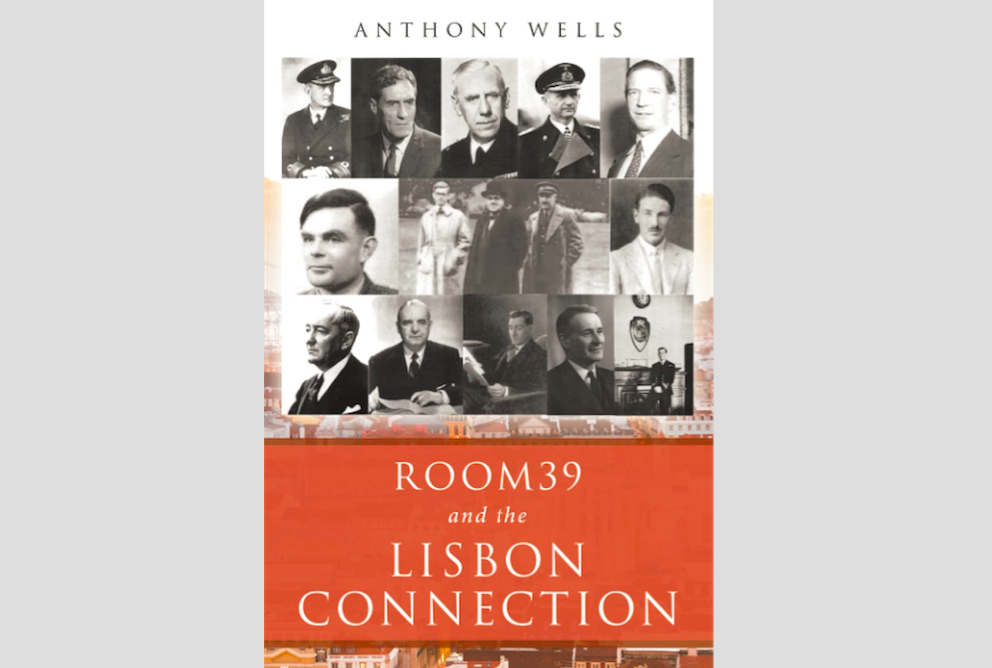 It’s June 1940. The Battle of Dunkirk is over with a massive military evacuation from Britain’s beachhead. Germany has occupied France. What of Britain’s longtime ally Portugal and its key port in Lisbon? Prime Minister Winston Churchill along with British intelligence sees the security of Portugal as key in his continuing efforts to unseat Hitler and his instruments of Nazi control.

In addition to his extensive publications of reports and articles, Wells’s most notable works of nonfiction include “A Tale of Two Navies: Geopolitics, Technology, and Strategy in the United States and the Royal Navy, 1960–2015” (2017) and “Between Five Eyes” (2020).

Sir Harry Hinsley, a mentor to author Anthony Wells, was a key member of the cryptanalyst team at Bletchley Park during World War II, noted for his code-breaking expertise, and in the late ’60s introduced Wells to the Enigma data. The German Enigma machine enabled secret Nazi communications. Efforts to break that encoding system ultimately helped make D-Day possible. The Allies could learn of the location of U-boats and either sink them or reroute around them.

Wells’s work of fiction takes the readers inside Room 39 and beyond as Churchill and his key strategists engage in conversations, revealing their characters as well as their intent to undermine the Nazi regime.

Who can be trusted? Traitors and treachery abound as the plot unfolds, taking our hero Fleming to Lisbon at that time, a place filled with British and German spies, many frequenting the best hotels and casinos.

Fleming touched many lives both directly and indirectly. His stellar naval career would serve to create one of our leading spy heroes—James Bond. Bond’s boss, M, is based on the life of Vice Adm. John Godfrey, who served as director of British Naval Intelligence from 1939 to 1942.

Fleming hails from a wealthy family. He’s educated at Eton and attends the Royal Military Academy Sandhurst as well as the universities of Munich and Geneva. Savvy, debonair, and smart, Fleming masterminds an extensive web of cohorts in Lisbon to counter a Nazi invasion.

Fleming was a spy. He seemed to have discovered his niche working for British intelligence. He was good at what he did.

So much so that Fleming visits Washington, D.C., during World War II to help with the framework of the budding U.S. intelligence agency, the Office of Strategic Services (precursor to the Central Intelligence Agency). There he meets with the head of the OSS, William “Wild Bill” Donovan, who got along very well with Churchill.

A cloak-and-dagger man who relishes adventure and has a way with the women, Fleming is very much an idea man and a fixer. While debonair and astute, Fleming is also very resourceful and definitely a value-added component of British intelligence during World War II.

“Room 39 and the Lisbon Connection” isn’t just about Fleming, though it certainly gives readers a unique glimpse into the man that would set the spy standard for decades with his creation of James Bond, and Fleming’s part in the novel is pivotal. His exploits are set against the broader background of World War II and the espionage scene in Lisbon.

Years after the war, Fleming would find his serenity in Jamaica. He also found a place at the typewriter, creating his first James Bond novel, “Casino Royale,” in 1953. It would be followed by 11 more novels plus two collections of short stories.

Fleming’s home, which he had built in Jamaica, was simple, with plenty of open windows to let the breezes blow through. Overlooking a private beach on Oracabessa Bay, he named it after his covert operation in Lisbon, Goldeneye.

While not talked about in the book, a fun fact about Fleming and his alter-ego James Bond is the producer’s choice of actor Sean Connery to play the part of Bond in the first film produced on the Bond series, “Dr. No.” Set in Jamaica, this film launched the James Bond saga with Agent 007 becoming a legend.

Fleming wasn’t keen on this little-known Scottish actor, who he felt was too much of a “tradesman.” His visualization of James Bond was a more refined persona like actor David Niven.

A heavy drinker and smoker, Fleming died of a heart attack at age 56 in 1964, only a year after the release of “Dr. No” in 1963. Sadly, he wouldn’t see the meteoric success of the films to follow and the litany of Bond portrayals over the decades.

Perhaps for most readers, Fleming is primarily known as the creator of James Bond, the fictionalized British Secret Service spy who has dazzling adventures, seemingly endless wealth, scores of beautiful women, amazing gadgets, and a talent for getting the bad guy.

Wells’s novel lets us know that Bond is not so unlike his creator.