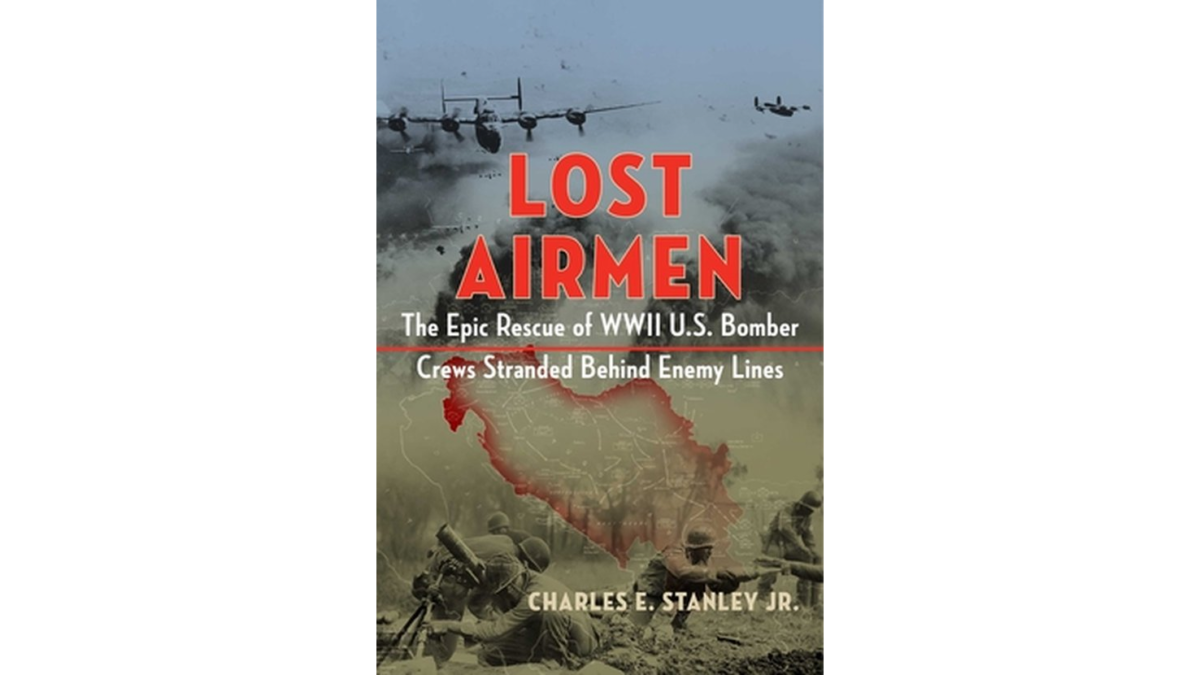 Imagine flying 30,000 feet above enemy territory during World War II, trying to avoid flak explosions, trying to ensure your bombs hit their intended target, making sure you and your crew have enough oxygen, managing altitude and speed when engines go out, and, if all else fails, trying to give your men enough time and altitude to bail out or enough time to conduct a crash landing.

Charles E. Stanley Jr. in his new book “Lost Airmen: The Epic Rescue of WWII U.S. Bomber Crews Stranded Behind Enemy Lines,” covers the missions of 13 B-17 and B-24 bomber crews that were stranded behind enemy lines in Sanski Most, located in the now Federation of Bosnia and Herzegovina. For more than half of the book, Stanley places the reader in the bombers with the crews: from pilot to navigators to gunners. Each new chapter is like a new story, all eventually leading to the same place and the same goal of trying to avoid the Germans and get back to base.

A Suspenseful Journey for Readers

Not only are readers placed in the loud, cramped, and, at least in the case of these 13 crews, ill-fated bombers, but they are placed in the miserable conditions of Sanski Most. Readers follow the survival, as well as deaths, of dozens of Army Air Force members (the Air Force had yet to become its own military division). Along with dealing with injuries sustained from the bailouts, members had to work alongside Serbian military resistance groups, either the Partisans or the Chetniks (depending on where they landed). In the book, members are primarily found and protected by Partisans, who practiced a strict Marxist economy, which, combined with wartime, meant food and medical supplies were scarce.

Regarding the Partisans and Chetniks, their involvement, which literally saved the lives of many Americans during the war, is not well known, and Stanley does a real service to these peoples’ sacrifice and courage.

A Book That Keeps Your Interest

One of my favorite things about the book is that it seemed to start over and over again with each new bomber crew. A new adventure began with each new chapter, with new heroes introduced.

Often the author would introduce particular issues between bomber crew members, or mechanical problems with a specific bomber. As the mission begins, the reader is kept in suspense awaiting something awry to take place. And inevitably something awry does take place, which then leaves the situation to the bomber crews to handle, whether by trying to assess and fix the problem before the plane gets too low or requiring each member to bail out of the plane and attempt to survive on land.

This book is an obvious labor of love for the author as his father was one of the pilots of the downed bombers (in fact, two of his bombers were downed). When it comes to experiencing the drama of World War II in the air, “Lost Airmen” is a great book.

It is an exciting read that introduces numerous interesting characters, their bravery, their personalities, and their will to survive under incredibly difficult circumstances. Many of them, after making it back, got back into a bomber and continued flying missions. The stories of these 13 bomber crews are worth reading about. Stanley was good enough to write their stories and make them more than readable.

Watch an interview with Stanley on EpochTV.