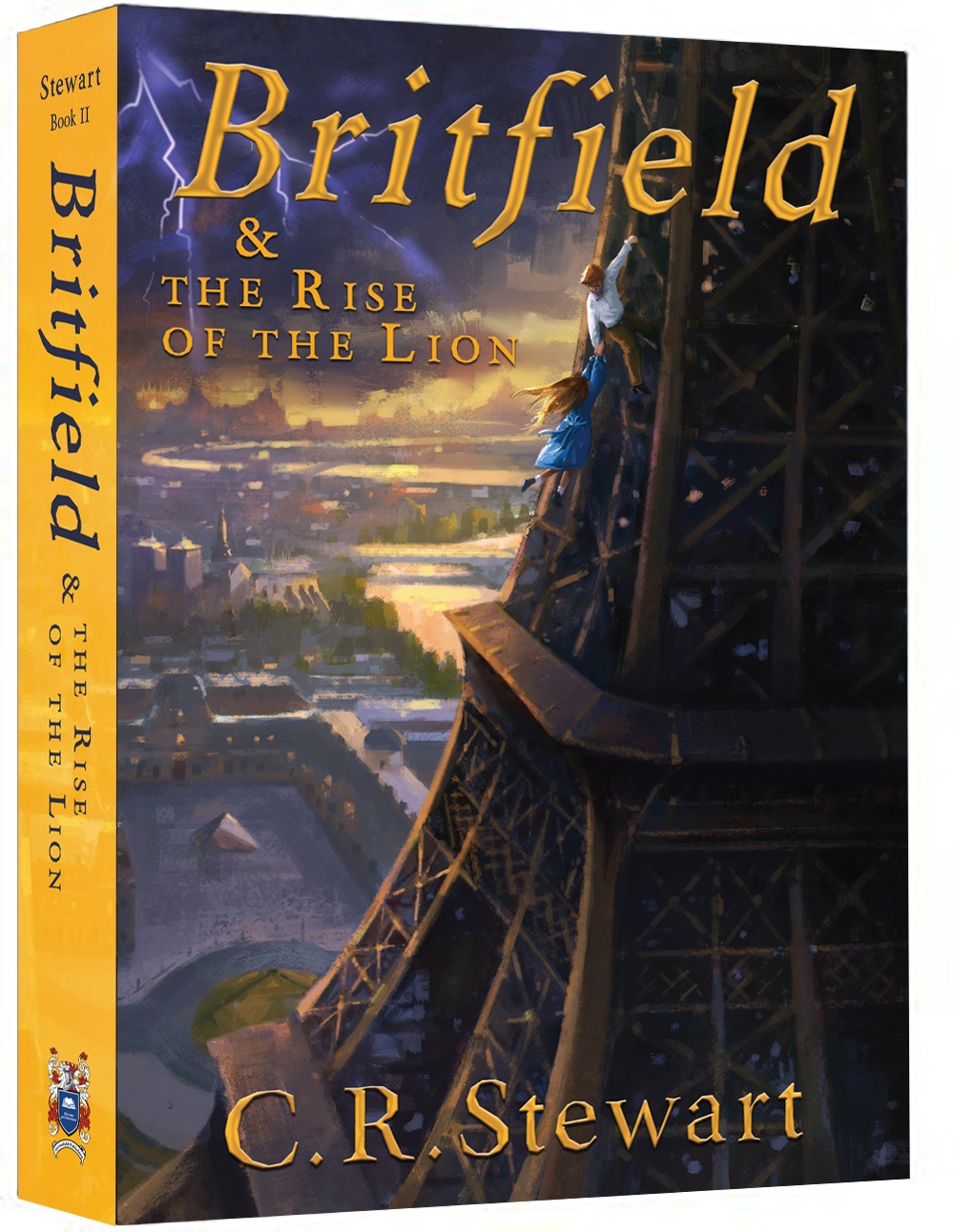 The second in a series of young reader adventures, and it's nearly perfect.
Books

Book Review: ‘Britfield & The Rise of the Lion’

In 2019, the Britfield adventure began in England with its first book, “Britfield & the Lost Crown.” “Britfield & The Rise of the Lion,” the second installment of a planned seven-book young adult series, was released in the summer of 2021. The series follows the harrowing escapes, of which there are many, of Tom and Sarah, two teenage orphans on the run. Exactly who they are running from is what they are trying to figure out.

The first book places the reader inside Weatherly Orphanage, located in Yorkshire, the county in Northern England from where Tom and his best friend Sarah escape to London. From trains to hot air balloons, the two hold on to minute clues, garner helpful new friends, and avoid the police, orphanage employees, and hitmen as they try to make it to the big city to live in freedom.

The first book was a fun adventure with memorable characters and moments impossible to forget. The second book does its best to live up to the debut, and it hardly falters. Yet the second installment, set in France, is quite darker than the first.

After reading the first, I had a hard time believing how well-written and engrossing it was. It felt almost too perfect, and I continued to anticipate an eventual letdown or at least a misstep. Thankfully, there wasn’t one. The author, C.R. Stewart, has obviously done his research into what engages young audiences, and I dare say older audiences as well.

The first book ends with clues into who Tom is, why some powerful people are trying to find him, and also why other powerful people are trying to protect him. In the second book, the powers that be come to light, or “to dark,” in many cases. There is more violence in the second one than the first—and, honestly, it is in abundance. The violence, however, is not grotesque or highly detailed, but it is there, and for good reason as the Britfield story begins to unravel the true nature of this good-versus-evil series.

Regarding true nature, Tom and Sarah do encounter providence quite often and, to an extent, more than is plausible with human nature, as some of these perfect strangers turn into perfect friends. It may be the author’s hint that there are people in the world, those we do not know, who are worthy of our complete trust, or it may simply be to move the story along—or both.

History Is in the Details

Aside from the storyline, Stewart proves to be an excellent writer who adheres to detail, but not to the point where the reader wishes to skip ahead. He introduces his young readers to the history of people (like kings, queens, and nobles) as well as places (like cities, castles, and museums). By his choice of settings, the author creates a modern world encapsulated by the world of the past.

The books also indulge in the finer things in life, like art, food, and architecture. They are undoubtedly smart books that will challenge the reader to understand that history and culture are entirely significant not only to the story but also to the world as we know it.

Regarding details, the author is an apparent fan of weaponry. He identifies the types of weapons used by heroes and villains alike, ranging from Berettas and Glocks to explosives and helicopters. The itemized details in the story invites readers to stop after reading, or even while reading, and pull up photos or websites online to learn about or at least view the subjects mentioned. In a way, the books are rather interactive for kids and adults alike.

One issue that most readers, including myself, cannot overlook is dialogue. The Britfield series is dialogue-driven with an immense number of characters. The author understands the power of dialogue, not just in what is said but also in how it is said.

Stewart writes believable dialogue, which is a skill that many writers struggle to master. His ability to slide in sarcasm and wit even during hectic moments provides a nice, though brief, reprieve from the constant anxiety. It is this dialogue that brings the characters to life, makes you care about them, and gives the characters character.

The author also uses dialogue to hide characters and their true intentions. As the reader is introduced to new characters, there is always a healthy suspicion of each one, until they prove themselves—and even after that, things are not always what they seem.

Stewart allows storylines to form outside of the primary plot, though those storylines always come back to the primary subject of protecting or eliminating Tom and Sarah.

A Young Adult Series for the Modern Era

For readers wishing for a quick description, the Britfield series is a combination of C.S. Lewis and Dan Brown.

Through the constant barrage of obstacles and struggles, Stewart infuses his heroic characters with courage, honor, and fortitude, and enables them to exemplify the necessary virtues that establish the foundation of friendship. In a world where these qualities are overlooked, if not belittled, the Britfield series brings these virtues to the forefront of the young reader’s mind.

Stewart writes from an interesting angle, which is why I think the Lewis-Brown reference is rather succinct. He gives us a story in which truth and honor are constantly hounded by the arms of power. It is impossible to conceive that Stewart purposely released his Britfield series to coincide with the world’s current crises, but it appears perfectly timed.

Britfield is a series great for young readers. Parents wishing to introduce their children to good, suspenseful writing, and a bit of history and culture should consider this young adult adventure series. It is a fun way to show them parts of the world they may never see and the rewards of friendship.