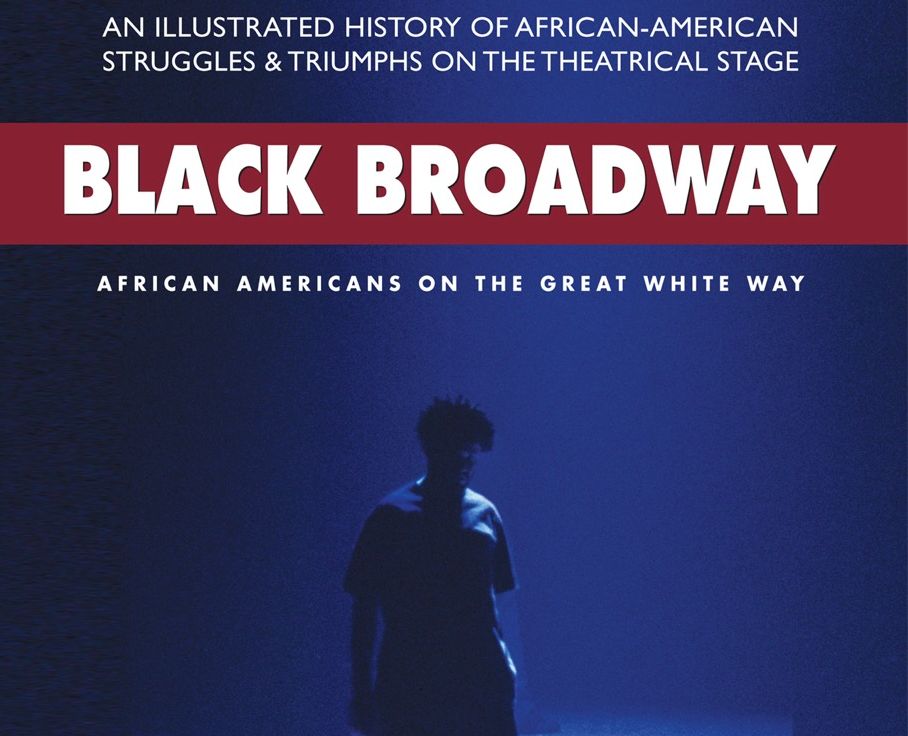 “Black Broadway: African Americans on the Great White Way” by six-time Tony Award-winning producer Stewart F. Lane is the perfect gift for theater lovers. It will enlighten readers about the racial history of New York and important theatrical figures of the past and present. The book is also invaluable for the 300 photographs (many of which are in color), posters, and other memorabilia, reproduced on high-quality paper.

Running along the bottom of each page is a chronology of events relating to the country’s racial history. For example, relevant to the current controversy about Woodrow Wilson is the fact that, after he took office as president, he segregated federal workplaces and either fired or downgraded black workers, a policy that continued until FDR’s administration.

For more than a century, even in the supposedly enlightened North, African-Americans were excluded from working in or even attending plays.

Among the many facts that readers will pick up from this book is that Broadway was named the Great White Way because it was among the earliest streets to be illuminated by electric lights.

For more than a century, even in the supposedly enlightened North, African-Americans were excluded from working in or even attending plays. William Brown opened the African Grove Theatre in 1821 at the corner of Mercer and Bleecker streets when the downtown neighborhood was known as “Little Africa.”

Playbill lists the ambitious program for an evening: songs, followed by Shakespeare’s “Richard III” starring James Hewlett, and ending with a pantomime and ballet. The entertainment was described as being “for Ladies and Gentlemen of Colour … by persons of Coulour.”

A section was reserved in the back for white spectators, some of whom were hired by a rival white theater owner to disrupt performances. The policemen called to the scene arrested cast members rather than the wrongdoers, a reminder that discrimination in law enforcement has a long history in this country.

Brown’s own work, “The Drama of King Shotaway,” about a slave revolt in the Caribbean, is considered the first play written and produced by an African-American.

Ira Aldridge got his start at the Grove, but he moved on to achieve greater fame in Europe. Between the mid-1820s and his death in 1867, he played leading Shakespearean roles in the British Isles and on the Continent.

The minstrel show was a popular form of entertainment throughout the 19th and into the 20th century. During the 1820s, Thomas Darkmouth “Daddy” Rice created an offensive stereotyped character he played named Jim Crow. This became the byword for the laws that later enforced racial segregation.

Although the minstrel shows were started by whites, eventually African-American performers joined the troupes. While they had to participate in the humiliating comedy portions of the shows, they also had a chance to interject some of their own culture. One such figure was William Henry Lane, who was called Master Juba after the dance he created that combined European and African rhythms. He is considered the father of tap dance. James Bland, another performer in minstrel shows, became the first prominent black composer of popular music.

Harriet Beecher Stowe’s popular novel “Uncle Tom’s Cabin” was written with the intention of exposing the evils of slavery. Many theatrical versions ensued without the author’s involvement. Some completely altered the plot so as not to offend Southern sympathizers.

‘The Drama of King Shotaway,’ about a slave revolt in the Caribbean, is considered the first play written and produced by an African-American.

In the late 19th century, Sissieretta Jones, a singer with an operatic voice, had a minstrel troupe called Black Patti’s Troubadours. (Jones was called Black Patti after a famous opera singer at the time, Adelina Patti.) Jones appeared at Madison Square Garden but was never permitted to perform on any operatic stage or with a symphony orchestra.

From the 1880s until the 1930s, vaudeville offered opportunities for all types of performers, including African-Americans. However, they were generally still not allowed to sit in the audience. The comedian Bert Williams, like many others, was forced to wear blackface. There are biographical sketches and photos of him and leading ladies of the turn of the century, Abbie Mitchell and Aida Overton Walker.

Lane notes that Al Jolson read the play and sent the author money to travel to New York and find a producer. Although Jolson is often castigated about performing in blackface (for example, in “The Jazz Singer”), he was known to oppose racial discrimination.

The book goes through the Harlem Renaissance, the pre-war and post-war periods, and the rise of the Civil Rights movement. “A Raisin in the Sun” was a key production of the 1950s, with rising star Sidney Poitier as well as Ruby Dee and Diana Sands.

There are also portraits (in text and photos) of key performers, such as Lena Horne and the lesser known Juanita Hall as well as the extraordinarily versatile Sammy Davis Jr., Paul Robeson, Diahann Carroll, Leslie Uggams, Ben Vereen, and the Hines Brothers, among others.

Isabel Leonard and Sharon Isbin in a Recital of Spanish Songs

The reader learns about the careers of James Earl Jones and Cicely Tyson (who are continuing to make history in “The Gin Game”) as well as the brilliant playwright August Wilson. George C. Wolfe is honored as is Joseph Papp, who is white but opened the door to African-American playwrights (such as the Pulitzer Prize-winning “No Place to be Somebody”) and through his color-blind casting (for example, the black “Cherry Orchard”).

“Black Broadway” presents a wealth of information about the history of the American theater but is also a beautiful book. Just the photos alone would justify the price.