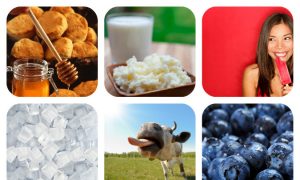 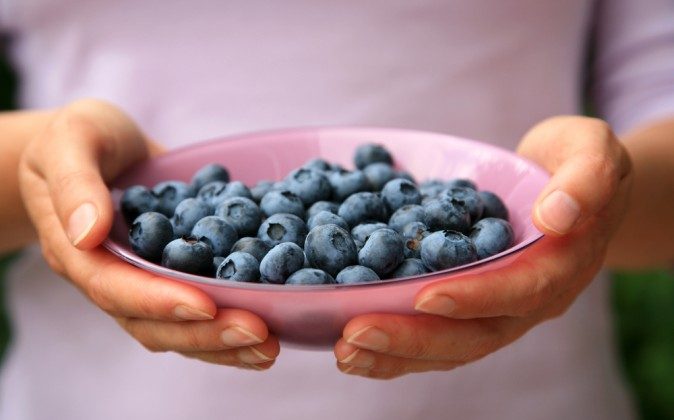 You may have heard about the miracle antioxidant resveratrol, found in blueberries, grapes and red wine. But did you know that these same foods also contain another phenolic compound, pterostilbene, which may help lower body fat and reduce diabetes risk? That was the finding of a study conducted by researchers from the Spanish Biomedical Research Centre in Physiopathology of Obesity and Nutrition (CIBERobn) of the Carlos III Institute of Health, in collaboration with the U.S. Department of Agriculture.

Pterostilbene is in the same chemical family as resveratrol and is found in many of the same foods, such as grapes, blueberries, cranberries and peanuts. Pterostilbene is much less well studied than resveratrol, and most studies to date have focused on its cancer-fighting benefits. Because of its small size, pterostilbene is able to penetrate the cell membranes of cancer cells, inducing cell death. It has also been shown to suppress the ability of cancer cells to produce the energy they need to function.

The new study is the first pre-clinical work to look at pterostilbene’s effects on obesity in an animal model.

The researchers found that pterostilbene reduced the synthesis of fat in adipose tissue and also increased fat oxidation in the liver, resulting in an decrease in body fat.

The findings may have significant health implications. Obesity due to excess fat buildup is a major risk factor for serious diseases including cardiovascular disease, diabetes and fatty liver disease, and is associated with other disease risk factors including high blood pressure and high cholesterol. Obesity is considered prevalent in wealthier countries.

Although the best way to prevent obesity is with diet and exercise, the study suggests the possibility of providing extra assistance by consuming key nutrients, the researchers said.

The study is not the first suggesting that pterostilbene might help lower diabetes risk. Previous research has shown that, like resveratrol, pterostilbene functions as both an antioxidant and an anti-inflammatory. Both of these properties could help it reduce the risk of chronic diseases such as diabetes and heart disease, which have been linked to chronic inflammation and the oxidation damage caused by free radicals.

Another study, published in the Journal of Clinical Biochemistry and Nutrition found that pterostilbene helped protect the beta cells in the pancreas that produce the blood sugar-lowering hormone insulin. This helped stabilize insulin levels, which could prevent insulin resistance and type 2 diabetes. Specifically, pterostilbene prevented free radical damage to beta cells after high-sugar meals. This led to an improved insulin response and actually helped reverse insulin resistance.

In a study published in the journal Vascular Pharmacology, researchers also found that pterostilbene could help prevent the artery hardening (atherosclerosis) that can lead to heart attacks. The plant compound did this by helping regulate the DNA of the muscles lining the arteries, preventing the accumulation of plaque.

With so little research having been conducted on pterostilbene to date, it’s entirely possible that this phenol could prove to be just as miraculous as its better studied cousin, resveratrol.

In addition to its antioxidant properties, resveratrol has shown promise as a cancer preventive. It has been shown to improve the effectiveness of HIV drugs, improve endurance and counteract the effects of a high-fat diet. It has also been shown to prevent infection in plants, and may have a comparable effect in humans.

Much research into resveratrol has focused on its apparent ability to lengthen life. Numerous studies have shown that resveratrol extends the lifespans of simple organisms. Other studies have even shown a similar effect in more complex organisms, including some vertebrates. For example, a 2003 study found that short-lived fish given resveratrol lived 50 percent longer and both learned and swam better into old age.