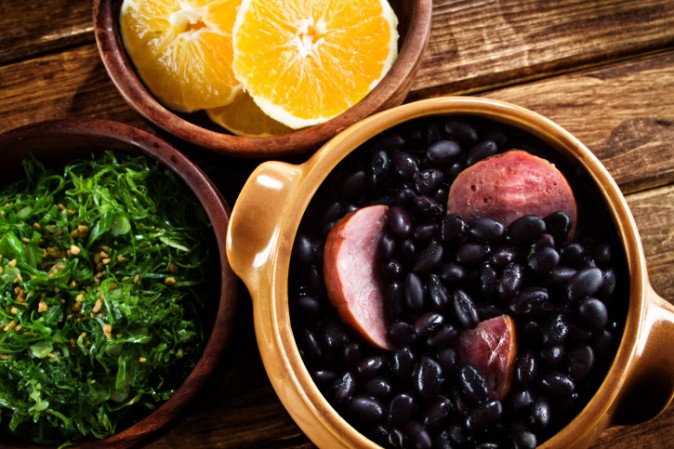 Black beans contain proteins that act as antioxidants and can lower blood pressure and remove toxic metals from the body, according to a study conducted by researchers from Mexico’s National School of Biological Sciences of the National Polytechnic Institute (IPN-ENCB).

The findings were awarded the National Prize in Science and Technology of Food in the Business category for Food Science.

Researchers ground up dried black beans, then isolated and hydrolyzed two of the main proteins found in the Jamapa variety of black beans: fasolina and lectin. The proteins were then tested using computer simulations.

They found that the two proteins demonstrated chelating activity, meaning that they removed heavy metals from the body. In addition, when the proteins were hydrolyzed with pepsin-pancratin, they also demonstrated antioxidant and antihypertensive activity.

“With the research we have [discovered] the essence of the legume, and identified the nutritional components such as carbohydrates, starch, proteins, fats, phenolic compounds that have related antioxidant effects,” lead researcher Gloria Davila Ortiz said.

The findings may partially explain why studies have shown beans to be so beneficial for heart health. The researchers expressed hope that their findings could lead to new treatments for preventing and treating cardiovascular disease by targeting oxidative stress and high blood pressure.

“The Jamapa black bean proteins have biological properties and nutrients that help lower glucose, cholesterol and triglycerides,” Davila Ortiz said. “Thanks to a collaboration between the IPN and the National Institute of Medical Sciences and Nutrition Salvador Zubiran, diets for people with diabetes were developed and it was found that glucose in blood decreased. In the future we intend to develop products containing proteins which would be aimed at treatment and prevention of diseases, seeking specific effect on blood pressure and as an antioxidant.”

Beans form the basis of many diets around the world and are also one of the least expensive foods in terms of both weight and nutrient content. Beans are known to be rich in essential nutrients, with one cup of cooked black beans including fiber (59.8 percent of the recommended daily intake), protein (30.4 percent), iron (20 percent), folate (64 percent), magnesium (30.1 percent), manganese (38 percent), molybdenum (172 percent), phosphorus (24 percent), tryptophan (56.2 percent) and vitamin B1 (28 percent).

Soluble fiber, like that found in beans, has been shown to reduce cholesterol levels. Indeed, clinical trials have shown that eating beans (canned or dried) reduces levels of total and LDL (“bad”) cholesterol and triglycerides, while increasing levels of HDL (“good”) cholesterol.

Beans are also rich in phytonutrients, which are now considered responsible for many of the health benefits of fruits and vegetables. Many of these phytonutrients have antioxidant properties.

According to a study by the U.S. Department of Agriculture, three of the four foods highest in antioxidants are actually beans: the red bean, the red kidney bean and the pinto bean. Another study, conducted by the Colorado State University Department of Soil and Crop Sciences, also found that red beans were highest in antioxidants, but ranked black beans at number two. This study found that a