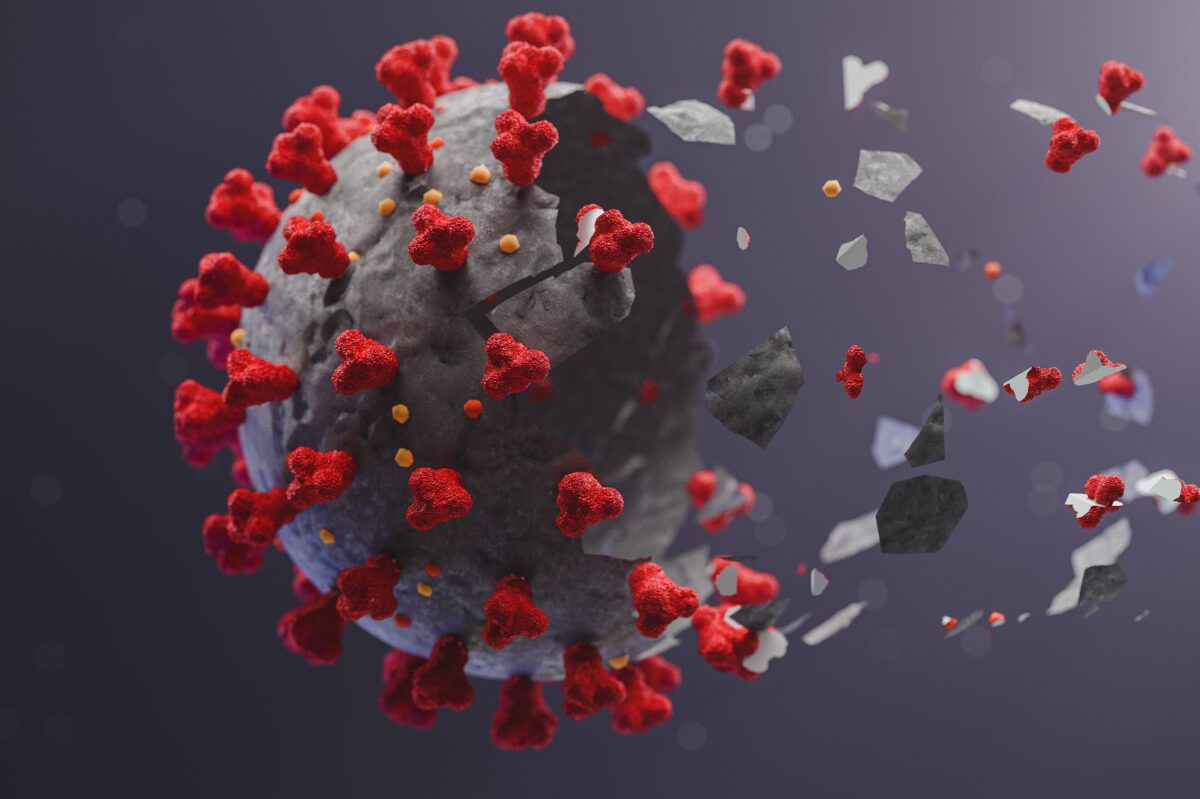 Many people who are infected with COVID-19 will continue to suffer and be unable to recover completely from the disease for a long time. Some COVID-19 patients have symptoms different from those acute ones in the early stages of the disease. They are long-term, chronic symptoms, and with the amount of SARS-CoV-2 viruses constantly changing in the body, the entire recovery process also continues for a long period of time.

This is the long-term effects of the novel coronavirus, also known as the long COVID. About 10 percent to 30 percent of COVID-19 patients will develop long-term symptoms, and so far, there hasn’t been any medical explanation for this.

4 Types of People Are Prone to Long COVID

It has been found that people with the following four characteristics are more likely to develop long COVID.

COVID-19 vaccines have been administered to a large number of people around the world. However, a recent article published in Nature showed that the vaccine was much less effective than previously thought in reducing the risk of long COVID, with only a slight decrease of 15 percent.

A breakthrough infection review originated from a report published in the journal Nature Medicine on May 25, 2022. The report examines the long-term risk of COVID-19 associated with vaccination on a large scale.

The study tracked 13 million people and is the largest study to date on the issue of long COVID after breakthrough SARS-CoV-2 infection (BTI) in vaccinated people.

According to the Nature article: “The authors of the latest study also compared symptoms such as brain fog and fatigue in vaccinated and unvaccinated people for up to six months after they tested positive for SARS-CoV-2. The team found no difference in type or severity of symptoms between those who had been vaccinated and those who had not.”

Nature mentioned two studies that suggested long COVID happened in as many as 30 percent of cases, and a larger study that suggested it was closer to 7 percent. In any case, with some 83 million infected in the United States alone, even a small percentage of those turning into long term cases would be “a staggeringly high number of people affected by a disease that remains mysterious,” said nephrologist Ziyad Al-Aly, one of the report authors.

Compared to people who haven’t been infected by COVID, those who developed a breakthrough infection 30 days ago had:

Long COVID is actually a chronic disease that has various symptoms, most of which are currently unexplainable or even difficult to detect.

However, scientists have found that long COVID can affect the entire body, penetrating various organs.

Many people with long COVID suffer from extreme fatigue. Some people feel fatigue coming on whenever they exercise.

Generally speaking, our heart and blood carry oxygen to our muscles and organs throughout the body, so we have the strength to stand, walk and exercise. Studies have discovered that people with long COVID have an impaired blood circulation system, which may affect oxygen delivery and lead to severe fatigue.

In the heart and blood circulation system, even the presence of a small number of viruses over a long period of time can cause chronic inflammation, resulting in poor circulation.

In addition, microthrombi caused by inflammatory responses can block the veins and capillaries, further worsening circulation. And inflammation can also damage the nerve fibers that control circulation.

The SARS-CoV-2 virus can enter the brain through the nasal cavity and blood-brain barrier, causing damage to the cerebral system. Some people have severe brain inflammation and damage even with a mild infection.

The long COVID problems in the brain may be due to over-activation of immune cells called microglia caused by the virus. This response is similar to that seen in cognitive decline and neurodegenerative diseases. In addition, long COVID may also significantly reduce blood flow to the brain, causing brain damage.

Some patients with long COVID, who have never been hospitalized, often have shortness of breath. Oddly enough, their lungs look normal after a CT or X-ray scan.

It is only when a special MRI scan is performed that damage to the lungs is discovered.

The likely cause is that these patients have microthrombosis in their pulmonary blood vessels, which leads to a lack of oxygen supply. This is why some people have chronic dyspnea, as if something is pressing on their chest, but their routine tests don’t find any issue.

The British Medical Journal suggests that the best treatment method for the long COVID may be the holistic approach.

The holistic approach draws on many Eastern healing modalities, of which sitting in meditation is an excellent one.

Over the past few decades, there has been a lot of research into the effects of meditation, but very little has been done systematically.

In fact, the effects of meditation on brain waves were studied as early as the 1970s. Brain waves are the brain’s neural activities measured by instruments, and are divided into different frequencies, such as alpha, beta, and theta. Studies have found that at the beginning of meditation, the frequency of alpha waves decreased, while the amplitude increased, indicating that the body started to get rid of excessive anxiety and became calmer. This helps the body and mind to rest.

Nowadays, more and more people adopt meditation as a way to adjust their physical and mental health. Statistics show that people with higher rates of adoption are more educated, female or younger, as well as people with chronic diseases.

Approximately 80 percent of complementary therapies are considered as treatment options in doctor-patient discussions.

A recent study published in Frontiers in Public Health compiled a map of evidence for the effects of meditation by selecting 191 reports out of a total of over 430.

The most significant effects of meditation are stress reduction, improvement in quality of life, and reduction in fatigue. Fatigue is the most common problem for people with long COVID, and many suffer from a wide range of symptoms that significantly affect their quality of life. Under severe stress and fatigue, many people are even unable to work or take care of their families. Regular meditation can be very helpful in recovering from overall symptoms.

Meditation is also good for mental health, by improving anxiety, depression, negative emotions, ADHD, and cognitive performance. It especially has a prominent alleviating effect on anxiety and depression.

Meditation is beneficial for many chronic diseases, and it is effective in reducing chronic pain, blood pressure, and improving brain function and heart rate.

China once had a “qigong fever.” At the height of the Chinese Communist Party’s Cultural Revolution campaign, an interesting phenomenon occurred such that in the midst of enforcing a materialistic dogma on society, people en masse turned toward a wellness trend that was deeply and firmly rooted in spirituality. Under the label of “fitness,” spirituality could be passed on.

In recent years, the West has had yoga fever and meditation fever. Furthermore, many traditional Eastern qigong practices have also spread to the West.

Among these practices, Falun Gong (aka. Falun Dafa) is also widely promoted in Western society. This is perhaps the most popular meditation practice in the world, with free outdoor meditation lessons seen in countries all around the globe, all of which have given people a great opportunity to improve their overall health.

We may need to break through the limitations of past thinking to evaluate at the holistic approach, which encompasses the regulation of the body and mind. This can be very effective in improving the long COVID, which is extremely complex in nature, with unknown causes and imperfect detection methods.