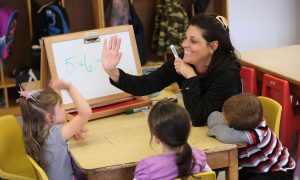 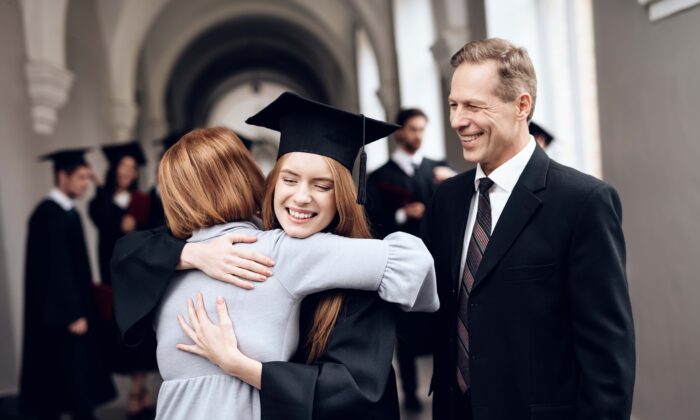 Amidst the self-esteem craze, students study less, feel more ambitious, and are more sure of themselves despite a decline in measured abilities.(VGstockstudio/Shutterstock)
Mind & Body

Better Than Self-Esteem Is Reality-Esteem

Many people want to build their self-esteem and confidence. A Google search reveals more than 500 million entries on confidence-building, while self-help books and scholarly articles abound.

An influential bestseller by Harvard professor Amy Cuddy, “Presence: Bringing Your Boldest Self to Your Biggest Challenges,” was on lists of best business books in 2015 and 2016.

If you believe Cuddy’s research, standing in a “power pose” leads to confidence and improved performance. However, her research failed to replicate, and one of her co-authors admits the study data was manipulated.

Still, Cuddy’s book sells well. The idea that raising self-esteem and confidence will raise performance and help an individual attain his or her professional and personal goals is something that people want to believe.

Since 1966, the American Freshman Survey has tracked the attitudes of first-year college students. Over time, there has been a dramatic increase in the percentage of freshmen seeing themselves as above average or even gifted, even as measured abilities have gone down. Students’ self-reported “drive to succeed” has gone up, as the time students spend studying has gone down.

Among students, narcissism has increased while performance has declined.

Researchers, led by famed psychologist Roy Baumeister, conducted an extensive review of scholarly literature to examine links between self-esteem and academic and job performance. Little evidence was found to support the idea that increasing self-esteem is the pathway to success.

Are interpersonal relationships strengthened by higher levels of self-esteem? Again researchers say no.

“People with high self-esteem claim to be more popular and socially skilled than others, but objective measures generally fail to confirm this and in some cases point in the opposite direction … People who have elevated or inflated views of themselves tend to alienate others,” they write.

Have we put the cart before the horse? To accomplish almost all worthwhile goals, we need more than our “boldest self.” We need the cooperation of others. Without a vibrant society, we can achieve little on our own. What we seem to lack these days is not self-esteem, but esteem for liberty that promotes human cooperation.

A focus on self-esteem doesn’t lead to healthy individualism. In his essay “Individualism: True and False,” F.A. Hayek warns against “rationalistic pseudo-individualism,” which holds that everything can be controlled by a perfectible human mind. True individualism, on the other hand, Hayek writes, “is a product of an acute consciousness of the limitations of the individual mind which induces an attitude of humility toward the impersonal and anonymous social processes by which individuals help to create things greater than they know.”

Narcissists aren’t humble. They don’t stand in awe of what’s greater than their own powers of reason.

Seek Self-Respect Instead of Self-Esteem

In his book “Constructive Living for Mental Health,” psychologist David Reynolds wants us to know we’ve been badly misguided by the self-esteem movement. Reynolds asserts, “Attaining high self-esteem may be neither necessary nor realistic.”

“Why,” he questions, “should I expect to feel good about myself all the time when I’m so changeable?

Reynolds hopes we understand that self-esteem “is earned through effort and success.” It doesn’t arrive before we begin.

“You don’t need self-esteem or self-confidence to get done what you need to do in life. When you start out on any new undertaking, you are unlikely to begin it with the assurance that you will succeed. … When people tell you have done a good job, when you see the desired results of your work, it is then that you begin to feel confidence in your ability to do the job well, not before you begin it. So you can begin a project without self-confidence; just begin.”

There’s an alternative to seeking self-esteem. Seek self-respect instead. Cultivate timeless values that lead to success and fulfillment. Know that each day, you will face internal resistance, distracting you from living those values. Self-respect is gained moment to moment by the choices you make to overcome that resistance.

Feelings come and go, but as Reynolds puts it, “You don’t need any mental preparations before changing what you do.” Reynolds urges us to choose actions in pursuit of our goals, rather than spending our effort on trying to control our feelings. “You can’t have the feelings you want when you want them for as long as you want them,” he instructs us. “Life just doesn’t work that way.”

No technique, no power pose will give you self-respect. Set your intention to be the individual you want to be and take concrete actions every day in that direction. Acting from your highest values and going beyond your previous limits lead to self-respect.

Has the self-esteem movement fueled narcissism to the point that we fail to notice what others do on our behalf?

Reynolds points out: “Better than self-esteem is reality-esteem. Whether I am good or bad in any given moment, this computer still works for me, truckers continue to deliver groceries to the supermarket for me, my heart keeps beating for me, and so forth. People and things keep taking care of me even though I keep changing. Realistically, I can esteem and respect that continuous support.”

“Gratitude,” he writes in his book “A Handbook for Constructive Living,” “is a natural response to taking a realistic look at the world, including our place in it.” The modern world is built on specialization and interdependence; each person does what they do best and relies on the efforts of others. Most of us would perish without the efforts of others.

“It takes energy and struggle to ignore how much we receive and how little we return to the world. But we grow used to the investment in deceit as we grow older. Ignoring and lying helps us feel better about ourselves.” We seek false self-esteem through self-deception.

How easily and quickly gratitude is buried. How quickly again we inflate our own worth at the expense of others. Is it time to look in a different direction?

Hayek, in his classic chapter “Cosmos and Taxis” in Volume 1 of “Law, Legislation and Liberty,” points us in that different direction. Much of what we take for granted in life is a spontaneous phenomenon that isn’t controlled by anyone or any group of people. The order we depend on to accomplish our goals is “the product of the actions of many men but not the result of human design.”

Hayek gave the name “Cosmos” to the phenomenon of spontaneous unplanned order.

Hayek splashes a bucket of ice water on our ego’s understanding of reality. We’re not in charge. We can’t fully comprehend the miracle of unplanned order that produces modern life. Hayek instructs us that spontaneous order has a “degree of complexity” that “is not limited to what the human mind can master.” Many can’t conceive of order emerging from the billions of daily actions of individuals with no coordination by a mastermind.

“Nobody,” Hayek instructs, “has yet succeeded in deliberately arranging all the activities that go on in a complex society.”

“If anyone did ever succeed in fully organizing such a society, it would no longer make use of many minds but would be altogether dependent on one mind: it would certainly not be very complex but extremely primitive.”

How likely is it that a self-esteem-seeking narcissist, filled with hubris, will stand down and accept that they need to get out of the way and stop trying to guide the Cosmos? Tell them their guidance isn’t needed and, oh my, you might injure their self-esteem.

We don’t need self-esteem to accomplish our goals, but we do need the flourishing of the Cosmos.

If we wake tomorrow without confidence, nothing would be altered. If we awake tomorrow and new restraints have been placed on human liberty, the very foundation of our life may be shattered.

A little more realism about our place in the world will promote more liberty. Awareness of spontaneous order should fill us with awe. When we are engaged in our own self-aggrandizement, how much mental bandwidth is left for awe? If we are not in awe, how can we effectively advocate for liberty?

As liberty erodes, so does the Cosmos; the web of interdependence and human cooperation is disrupted. With that, the pursuit of our own purpose is undermined.

Esteem the Cosmos, not yourself. You don’t need self-esteem to accomplish your goals, but you need Hayek’s Cosmos. This is a message we can all take to heart.

Barry Brownstein is professor emeritus of economics and leadership at the University of Baltimore. He is the author of  “The Inner-Work of Leadership.” To receive Barry’s essays, subscribe to Mindset Shifts at BarryBrownstein.com. This article was originally published on the Foundation for Economic Education.