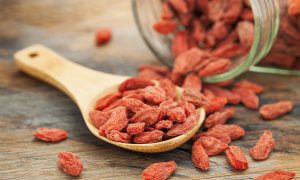 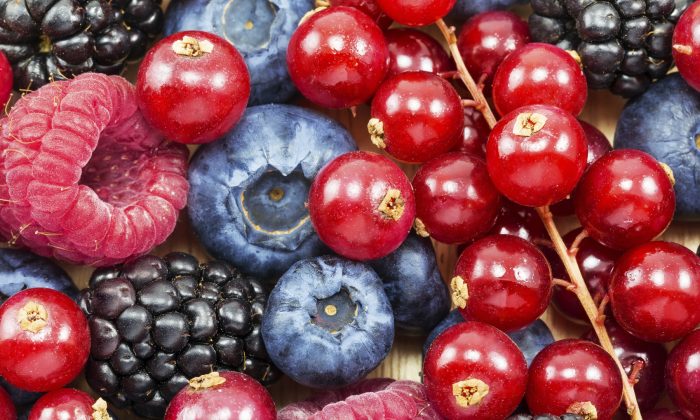 Berries aren't called superfoods for nothing. A review covering 336 scientific articles shows eating berries can go a long way in preventing and managing Type 2 diabetes and its complications.(Preto_perola/iStock)
Mind & Body

From the hunter-gatherers of ancient times to modern humans, berries hold incredible health benefits that only get further proven and respected over time. Coming in different varieties and forms including raw, frozen, and dried, these compact and versatile fruits can be easily incorporated into your diet year round.

Berries are chock-full of antioxidants, which are substances that help prevent the oxidation associated with inflammation, aging, and the development of diseases such as heart disease and cancer.

In studies, polyphenols, along with other berry components such as fiber and micronutrients, have been linked with better cardiovascular health.  Each type of berry has its specific “superpower,” from cranberry’s efficacy in treating and preventing urinary tract infections to strawberry’s outstanding vitamin C content to black currant’s support for brain power and efficacy against rheumatoid arthritis.

An August 2020 review discussed how consuming berries can prevent diabetes and its complications. Analyzing the differences in glucose and insulin levels after food intake in diabetic subjects, the reviewed studies found that consuming berries can be a reliable method to prevent and manage hyperglycemic and hyperlipidemic states.

The researchers examined berry consumption and the management of Type 2 diabetes by searching various scientific databases using keywords such as “berry consumption and diabetes,” “berries and high-glycemic diets” and individual berry names. This yielded 336 articles deemed relevant for the review.

The primary potential health-promoting bioactive compounds in berries include the following:

What will it take to obtain the healthful effects? According to the reviewed papers, the daily recommended dose of whole berry varies from 200 to 400 grams (0.875 to 1.69 cups) of berries for a 70-kilogram (154 pound) middle-aged person.

It’s fairly established in studies that the body needs less insulin for sugar balance after a meal if berries are consumed as well. A Finnish study among healthy women found that adding berries to white and rye bread significantly reduced the post-meal insulin spike. Strawberries, bilberries, lingonberries, and chokeberries were considered effective.

Other Berry Benefits Worth Noting

Berries work their wonder not just on diabetes but also on a wealth of other health issues:

Anti-aging and improved brain health—An analysis of data on berry intake showed that mental decline slowed for women over age 70 who regularly consumed strawberries or blueberries.  Subjects who had greater intakes of the berries had slower mental decline, with the estimated effects translating to a delay in cognitive aging by about 1.5 to 2.5 years.

Cardiovascular wellness—A study published in the Journal of the Academy of Nutrition & Dietetics involving postmenopausal women concluded that eating 22 grams of blueberry powder every day for eight weeks reduced blood pressure and arterial stiffness.  This was likely due to increased nitric oxide production.

Oral cancer and colorectal cancer—Animal studies have suggested that black raspberries may inhibit the growth of oral cancers.  In a study on patients with biopsy-confirmed oral squamous cell carcinomas, researchers confirmed that the fruit may be effective for oral cancer chemoprevention, reducing adverse gene expression of the condition. Black raspberry may also help colorectal cancer patients including by altering amino acid metabolism, energy, and lipid metabolism.

Breast cancer—Previous studies have associated a high intake of fruit during adolescence with a lower risk of breast cancer.  In separate research, anticancer activity and lack of toxicity against normal cells indicate a chemopreventive potential of Goji berries in breast cancer treatment.

Find almost 1,000 abstracts about berries in the GreenMedInfo.com database to guide you in studying the nearly endless benefits of berries across various areas of well-being.