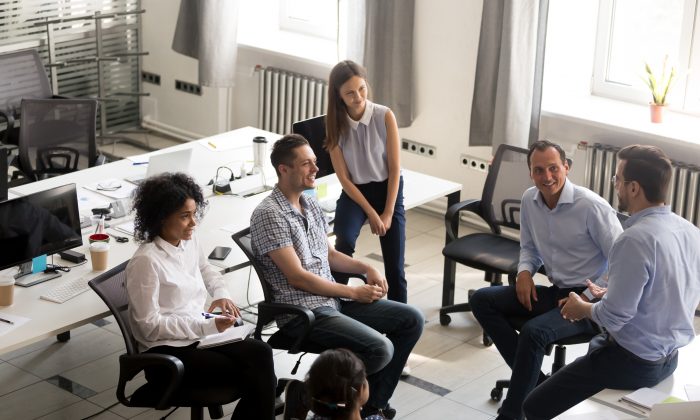 To lead a team, you need to get into it and understand where its members are coming from. (fizkes/Shutterstock)
Lifestyle

Being Surrounded on Purpose

In 2011, we were conducting village stability operations in Afghanistan. We were living by, with, and through indigenous Pashtun villagers in the most rural villages until we became invited guests, and in some cases even members of the community. This was a deliberate campaign to establish a foothold in contentious Taliban-dominated areas so that the locals could stand up on their own, fight back, and push the Taliban out.

Around that time, there was an unfortunate incident where several Qurans were incinerated at a detention facility, setting a literal firestorm across Afghanistan. There were riots and attacks. It was ugly, but what was interesting was wherever our Green Berets and Special Operators were living, the locals came in and said, “Lay low. Don’t walk around in the open until this blows over. We’ll tell you when it’s safe.”

This didn’t happen in just one village, but dozens of villages around the country. Not a single special operator living in the most remote, violent places, who should have been the most at risk for these attacks and uprisings, was injured. How is that possible? It was because they had developed a mindset that allowed them to be surrounded on purpose, a leadership approach where you immerse yourself in your surroundings.

If we had tried to come from the top-down, the locals who lived in those areas would naturally have pulled back. They wouldn’t have viewed us as relevant, but as outsiders and maybe even as threats. I think the same concept is true in today’s business world.

In the trust-depleted environment we work in today, we’re turning our employees into social insurgents against our goals; not the willing population that wants to stand up and do the right thing because they don’t want to let you down. How do we change this? By getting ‘surrounded on purpose.’

We need to get a really clear understanding of what the goals are, for us and the other party. For example, if I’m taking over as the new VP in a company, and I want to build a high performing culture, then the first thing I have to get clear on is what my goals are, and I have to put those goals out there.

Where we really miss the boat is when we don’t think about what the other party’s goals are. We don’t think about the goals of our teammates, our associates, our employees. What are their goals? What are their dreams? Some goals may be to actually overcome pain points, the things that jam them up every day. If we don’t have a fundamental understanding of our goals and their goals, then we’re not in a position to get surrounded on purpose. You’re still working with an authoritarian mindset.

Once we understand that, then the homework starts. The goals are just the beginning. I want to understand everything I can about the people I’m going to immerse myself around. If I’m a law enforcement officer, and I want to get serious about community policing, I want to do the homework on the influencers in that community. I want to do a micro-history analysis. I want to know what’s happened there.

Why? Because that’s going to allow you to meet them where they are, not where you want them to be. This doesn’t mean you have to concede or compromise your values, but it costs you nothing to hear someone out and really see the pictures in their head, as negotiator Stuart Diamond says. Then repeat back to them, so they know you understand. This is an ongoing process. Really immerse yourself and meet people where they are. You’ll start to see people open up to you. They will share things with you about the business, your goals, and the financials that you never saw before.

That is the essence of getting surrounded on purpose. Being immersed in the organization and the group that we value. We’re a part of it. We’re not a guest. We’re not a pedestrian. We are surrounded on purpose and we fully commit to that mindset. We do it by getting our goals clear, by really learning about the people, the groups, and the leaders that we’re going to be working with, and we continue to do so every day. Then we meet people where they are not where we want them to be. We ask thoughtful, open-ended questions. We connect. We engage.

We build trust when risk is low, not high. That’s the mindset of leading from the rooftop.