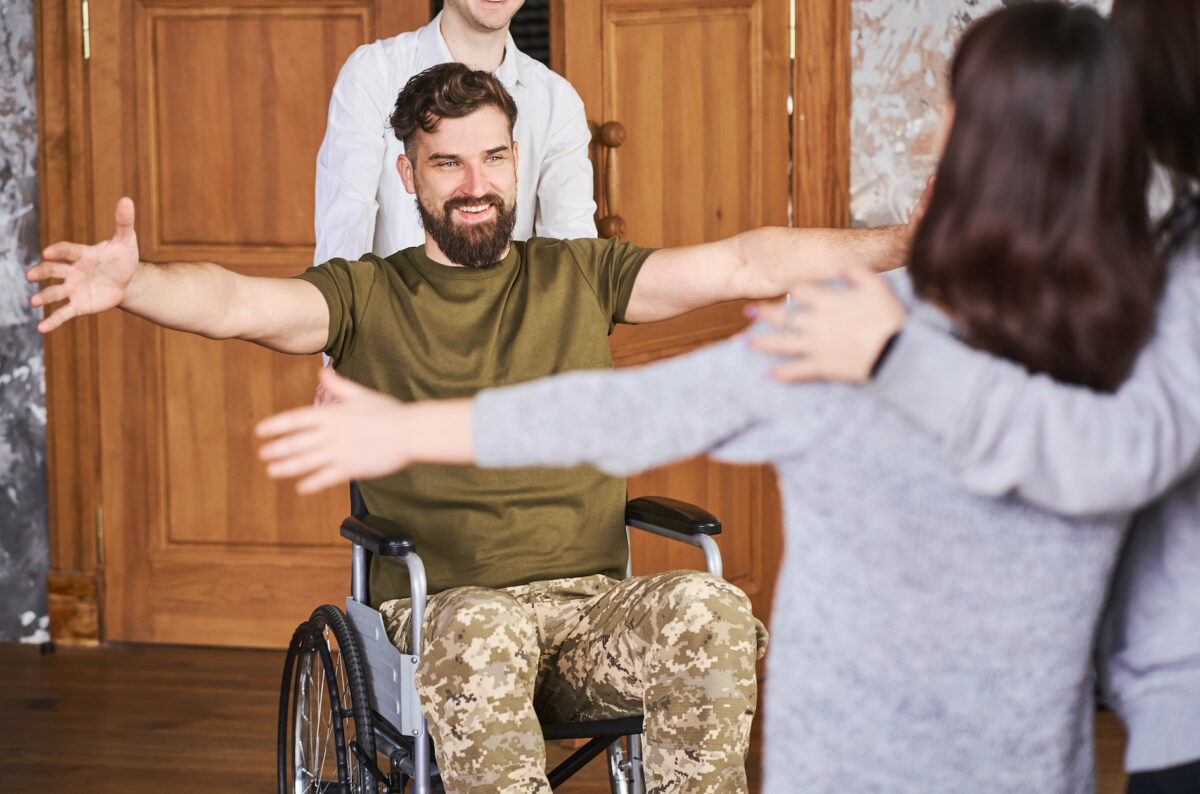 Acupuncture has been surprisingly effective for pain relief, leading the U.S. military to explore ways to use this ancient modality instead of narcotics. (Yuriy Golub/Shutterstock)
Traditional Wisdom

The ancient art of acupuncture and the U.S. military aren’t two things that you think would go together, but they’ve developed a surprising partnership over the past 20-plus years.

The United States is presently in the grip of an opioid epidemic. According to the Centers for Disease Control and Prevention (CDC), since 1999, 841,000 people have died of drug overdoses. In 2019, 70 percent of overdose deaths involved an opioid. And the problem seems to be getting worse.

The opioid crisis extends to the U.S. military as well. Combat puts U.S. troops and veterans at substantial risk of injury and exposure to prescription (and non-prescription) opioids. It seems that soldiers who see combat are even more susceptible to opioid addiction than service members who deployed, but never see battle, according to a National Bureau of Economic Research study, “Did The War on Terror Ignite an Opioid Epidemic?”

Resul Cesur, associate professor of health care economics at the University of Connecticut and one of the study’s authors, wanted to understand if the opioid epidemic in the military was because of combat or if other factors were involved.

“Our evidence shows that the reason why so many military people are using opiates is because they are exposed to combat,” he said.

To illustrate how big the problem is, between 2010 and 2016, 6,485 veterans in the Veteran Affairs (VA) health care system died of opioid-related causes.

An article in the Military Times states that in 2015, VA officials reported that they had seen a 55 percent increase in opioid use disorders among veterans following combat operations in Iraq and Afghanistan. In fiscal year 2016, the VA treated roughly 68,000 veterans for opioid addiction.

It seems logical that military personnel in combat situations are dealing with sometimes catastrophic injuries. Beyond combat, they’re carrying heavy equipment through rugged terrain and living in less than ideal conditions. The sheer number of military personnel who experience mental and physical injury because of military activities is significant. Many get prescriptions for opioids to help them deal with pain, but opioids are incredibly addictive and have serious side effects. Because of the problems associated with opioid addiction, the military began looking for alternatives.

Overmedication is a problem facing society at large, and the military is no exception. The military has recognized that service members returning from combat sustaining injuries and suffering from the devastating psychological effects of their experiences needed an alternative to drugs, including narcotics.

In August 2009, the Army surgeon general directed that a pain management task force be created to make recommendations for a comprehensive pain management strategy. The resulting report, completed in 2010, makes several recommendations, and acupuncture is in the first tier of treatments. Acupuncture has been shown to help with all types of pain, and it would now be introduced to help military personnel deal with acute and chronic pain to help decrease the need for medications.

In 2001, Dr. Richard Niemtzow, while on active duty with the U.S. Air Force, developed a specific protocol of auricular (ear) acupuncture points. With needles inserted into the ears, these points provide “rapid and highly effective relief of all types of pain.” The protocol is known as “battlefield acupuncture” and was conceived as a technique to deliver pain relief through acupuncture as quickly and effectively as possible in combat and other military situations.

The military began testing battlefield acupuncture during air evacuations of wounded soldiers, when, until then, the approach to pain had been medication. Designers of the program thought that if they could offer service members a more natural approach for their pain, they could avoid prescribing powerful pain medication and help avoid the dangers of the adverse effects and risk of addiction later on.

In Eastern medical theory, the ear is a microcosm of the entire body, meaning that every part of the body is represented and can be treated through the ear. Niemtzow said he chose points specifically that were known to influence the processing of pain in the central nervous system.

Battlefield acupuncture protocol consists of five acupuncture points in the ear. There are several ways in which the points in the ears can be stimulated. Very small needles can be inserted, tiny metal balls can be stuck to the points and left until they come off on their own (one day to a few days later), or the needles that Niemtzow prefers to use, which look like tiny conical darts, are placed in the ears and can stay in for several days, falling out naturally. This allows the points to be stimulated on an ongoing basis, helping to deliver pain relief beyond the patient’s appointment.

Below is a chart that illustrates the points used in the battlefield acupuncture protocol.

Niemtzow said relief occurs in 80 to 90 percent of cases, is typically immediate, and can last anywhere from minutes to months, depending on the length of time the points are stimulated and the patient’s own unique pathology. He also said he has seen battlefield acupuncture work for all types of pain and in many patients who didn’t respond to Western pain medication.

He established a medical acupuncture clinic at Andrews Air Force Base and was the first full-time physician acupuncturist in the Armed Forces. He has given acupuncture to service members at Andrews, the Pentagon, the White House, and the National Naval Medical Center.

A Commitment to Pain Management

An article in the Journal of Physical Medicine & Rehabilitation states that the Defense & Veterans Center for Integrative Pain Management and the Veterans Health Administration National Pain Management Program Office had completed in 2019 a three-year and $5.4 million acupuncture education training program. The program trained more than 2,800 providers of battlefield acupuncture. One of the authors of the paper said that in his VA facility, approximately 60 practitioners had been trained, and they’ve treated approximately 2,500 patients with battlefield acupuncture in the past two years. Another of the paper’s authors said that in his experience, battlefield acupuncture has reduced pain for those suffering from headaches, acute and chronic back pain, and musculoskeletal pain, as well as neuropathic pain.

As an acupuncturist, I’m well aware of acupuncture’s beneficial effects on a wide variety of conditions. Decades of scientific studies have validated acupuncture’s effectiveness, and it’s now offered at renowned facilities such as the Cleveland Clinic, the Walter Reed National Military Medical Center, and even at The Pentagon.