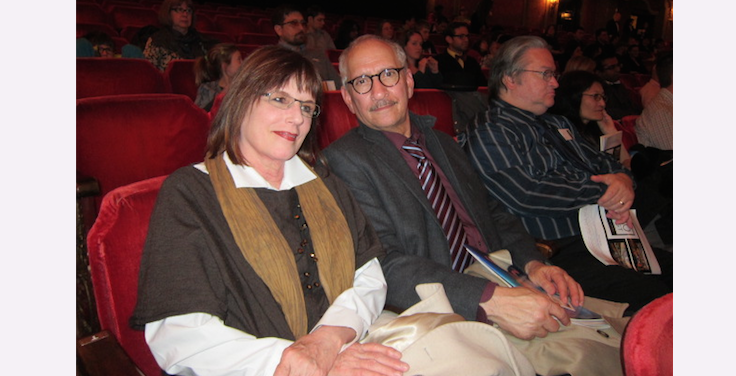 COLUMBUS, Ohio—“The freedom that they have just amazes me,” said Connie Brown of the Shen Yun Performing Arts dancers. Ms. Brown and her husband, Michael Redmond, saw Shen Yun at the Ohio Theatre on April 6.

In mentioning freedom, the assistant vice president of Relationship Management for the Fifth Third Bank in Columbus, was specifically referring to “the freedom of their bodies and the movement.” But she might have been referring to freedom in another sense.

Shen Yun, the world’s premier classical Chinese dance and music company, cannot perform in China, the country whose culture it celebrates. Since the Cultural Revolution, the communist regime has undermined and thwarted traditional culture due to its atheistic beliefs.

Thus, in 2006 artists with the mission of reviving China’s divinely inspired arts came together and formed Shen Yun in New York where they have found the necessary freedom to revive their culture.

If she could dance like Shen Yun dancers, Ms. Brown said, “I would love it, I would absolutely love it!”

Both Ms. Brown and Mr. Redmond have dancers on their sides of the family. Ms. Brown’s granddaughter is a ballet dancer in Los Angeles.

“I’ve never seen anything quite like it,” Mr. Redmond said. “I didn’t realize that some of the movement in ballet and modern jazz were actually thousands of years old and came from China,” he said.

Mr. Redmond is an accountant who works for the law firm Colley, Shroyer, & Abraham.

In addition to learning some about dance, Mr. Redmond learned about the suppression in the China. He didn’t realize that people of faith cannot practice freely there.

“It is very educational from the standpoint that I didn’t realize there was still a lot of suppression of say, meditation in China,” he said.

“I love it. I think it is very interesting,” Ms. Brown said.