Bank CEO Encourages Everyone to Come to Shen Yun 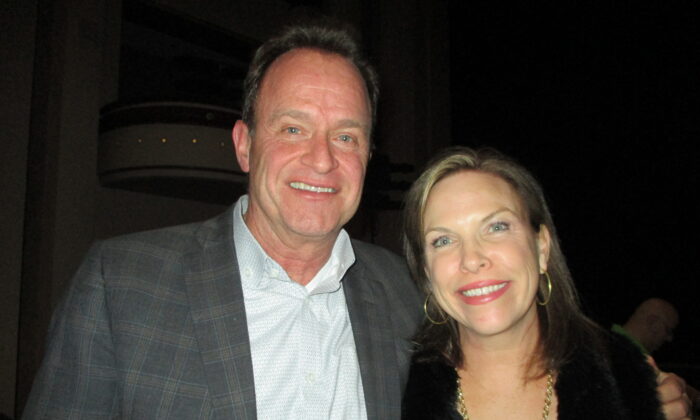 CHARLOTTE, N.C.—From the moment the curtain rises on Shen Yun Performing Arts, theatergoers say the production reveals surprise after delightful surprise. Aquesta Bank’s President and CEO Jim Engel and his wife Laura of North Carolina attended New York-based Shen Yun with little knowledge of what the show would be about and were very happy with and deeply touched by the performance.

“Just beautiful,” Jim said, referring to the colorful costumes and backdrops in Shen Yun. “And I love the music and honestly the stories are wonderful, too. And since, I had no idea what this show was about before we came here …”

“I saw the billboard on the highway,” Laura chimed in, who works as Aquesta Bank’s Marketing Director. “I was like ‘That looks really cool.'”

“And we’re just loving it,” Jim said. “Totally encourage everyone to come.”

The couple attended Shen Yun at the Belk Theater at Blumenthal Performing Arts Center in Charlotte, North Carolina, on Feb. 7, 2020.

What impressed Laura was “the costumes, the brilliant colors, they’re just gorgeous.”

“The beauty and the pageantry together” is what came to mind first for Jim as his overall best impression about what he’d take away from Shen Yun. And the two gave a fantastic review of the colors on stage, Laura for the second time, calling them amazing. Jim described them as vibrant.

Shen Yun’s mission is to revive traditional Chinese culture which, for millennia, has contained a deeply spiritual essence and has passed down profound practices and beliefs that connect man to the divine.

Many people, even present-day Chinese people, don’t realize how spiritual true Chinese culture is, since, for decades, the Chinese Communist Party has carried out a campaign to destroy traditional Chinese culture, and replace it with its own atheist and materialistic one.

“I think it’s beautiful,” Laura said. “I didn’t realize the persecution with the communism. That to me was surprising.”

“Right, because their beliefs are not revolutionary, they’re just trying to believe in what they believe and it’s just wonderful,” Jim said.

One such spiritual practice depicted in Shen Yun is Falun Dafa, an ancient meditation practice that consists of moral principles and energy-strengthening exercises. In China today, it’s one of the most targeted groups in the persecution, alongside Christianity and other faiths.

This spiritual and human rights aspect of the performance was another that surprised the Engels in a positive way, adding that it very much touched their hearts and resonated with their love of freedom.

“I’m sure it’s a different faith but it reminds us of our faith,” Jim said.

With reporting by Sherry Dong and Brett Featherstone.