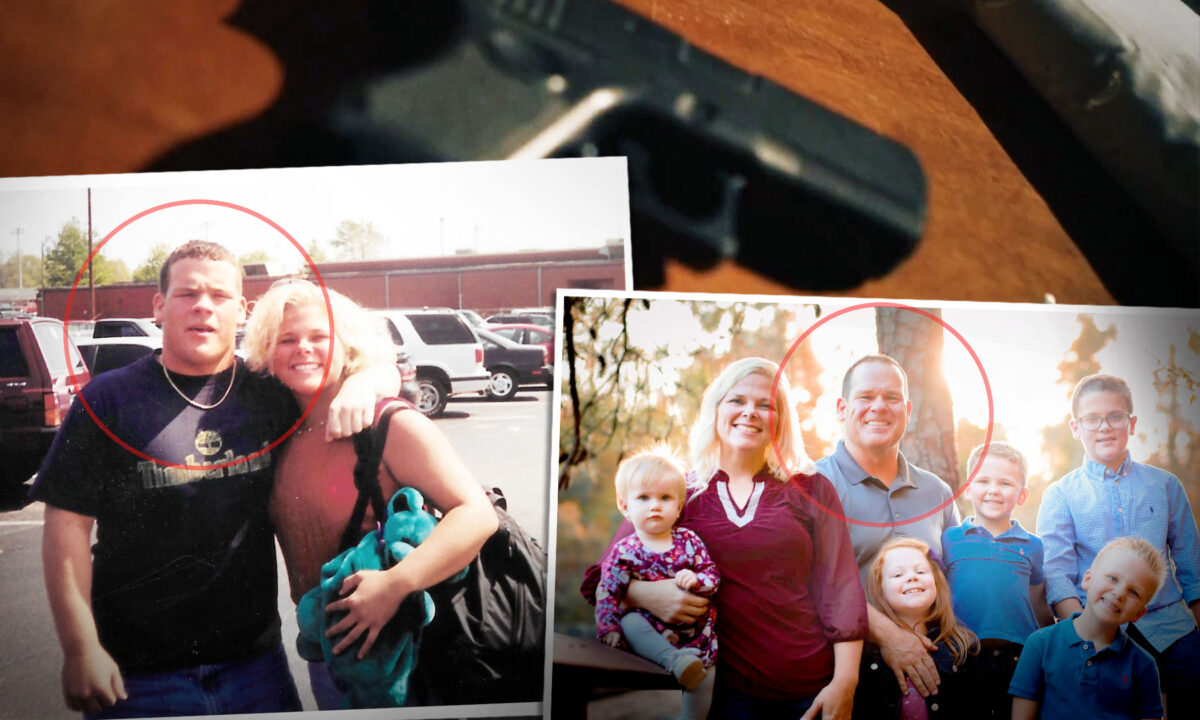 Like many young men growing up in the 90s, Terrell Scott was led down a dark path drawn by the allure of gang life.

Tempted by money and power, he ended up serving a prison sentence—until, miraculously, he was saved by one of his victims whose lives he’d harmed, who forgave him and fortuitously turned him toward serving … in a ministry.

Terrell was in high school when he fell off the rails. Amidst the crack cocaine epidemic then plaguing the entire United States, being a drug dealer was propagated as glamorous by the music industry and Hollywood. Prisons were filled, young lives ruined or lost, and families destroyed by the scourge of drugs and gang violence.

Like so many bright young sparks, Terrell bought in.

A gifted athlete from a fairly well-off family—his dad was a steel worker, his mom a homemaker; they had a house in Atlanta—for Terrell, a life of crime wasn’t a forgone conclusion. He was popular in school and excelled playing football, but his particular ambitions to “always be the best” made him prone to gang life.

It started with drug use to ease a neck injury from sports.

“I loved sports,” he told The Epoch Times. “I would get injured and start using drugs I got off the streets, so that was really part of my demise.” Sports were a “place to get needs met,” to “get love,” he added, but getting injured “would spiral [him] out of control” with substance abuse.

Terrell had much going for him. Unfortunately, there were criminal elements in school—some of his teammates were in gangs—and Terrell’s desire to always be the best led him to contest with other drug dealers and form a gang of his own.

“I said in my heart, if I don’t make it in sports that I was going to run an organized crime gang,” he said. “The Crips, Bloods, the bigger gangs you had to get jumped in. I was starting to get involved, and I said there ain’t no way you’re gunna jump me.” To be “jumped in” means getting a beatdown to join.

He and his friends began running drugs and pulling armed robberies on other dealers. Terrell’s enterprise amassed guns, bulletproof vests, crack, cocaine, marijuana, and hundreds of thousands of dollars. They had stash houses where wares were kept. He led a life of power, crime, and violence.

Everyone—parents, relatives, coaches, all—knew he was up to no good, but none knew quite how or what. “They knew something was up, but they didn’t know the degree of what I was doing,” Terrell told the newspaper. “I really kept it a secret because, just the lifestyle you’re living in.” Confronted by one of his uncles, Terrell rejected any form of correction. They hid illicit substances and weapons from friends, foes, and law enforcement alike, in compartments, vehicles, and safehouses, or buried them.

Eventually, Terrell’s downward trajectory hit a dead end. At age 21, he went from attending college on a full scholarship (running drugs on the side) straight to prison, serving 20–15 for cocaine trafficking with a half-million-dollar fine.

Even incarcerated, he kept running his gang from jail. Until eventually, a violent run-in with a fellow inmate led to Terrell being confined in isolation for 6 months where his “heart started to cry” and he began to question his life choices. Then, what he describes as “a miracle” unfolded.

A former friend of his, named Brandy, a young woman he used to party with, who suffered from substance abuse in the wake of losing her mother, came to him in prison—even after he’d had her robbed at gunpoint.

She’d turned her own life around through faith, overcoming addiction, and realized forgiveness was the key to being forgiven. That meant her forgiving Terrell, letting go of her hatred of him. So, she confronted him, looked him in the eye, and uttered a few heartfelt, well-meant words that kindled an awaking in his heart.

She remarked on his “gang tats.” And his life’s purpose.

“She just called out the tattoos on my back and said that ‘You’ve been leading people the wrong way your whole life. It’s time to lead people the right way,’” he recalled. “‘You’re not called to be a crime boss. God has a purpose and plan for your life.’ And at that point, there was truly the beginning of an encounter with the Lord.”

He returned to his cell, picked up a Bible, which he’d kept but hadn’t been using, and started reading. Realizing the heaviness he’d placed on his mother, the gladness he’d robbed his father of, leading his life as he had been; realizing a new life purpose, Terrell turned a new page, even sharing his newfound faith with fellow inmates, and was released for good behavior after serving five years of his sentence.

After getting out, serendipitously, Terrell, now 40, wound up marrying Brandy, having five children, and settling down in Clayton County, Georgia. They started a ministry and now give back on the same streets where Terrell once sold crack, cocaine, and marijuana. In June, they laid the foundation of their church in McDonough County.

He calls it his “honor” to support his community as a pastor, helping local kids, the homeless and less fortunate, and young men lost, heading down a dark path—as he once was—to get back on track.

“I work in the same neighborhood I used to run drugs in,” he said. “I see people that used to run with me … the reality is that if God can change me, He can change them.”

We reached out to one of the young men Terrell has helped: Jared Potts, 31, from Henry County, a former “extreme drug addict” of 14 years. “I was on meth and heroin and pills and everything in between,” Potts told The Epoch Times. “And I had been to jail 11 times and was in programs like seven different rehabs trying to get help and really wanted to change.”

Pastor Terrel, said Potts, “he really took me under his wing, and fathered me, and discipled me. And he really imparted life to me, and he took just years with me, just helping me relearn how to do life over again. … I wouldn’t be here today without him.”

Potts has been clean five years and now gives back by involving himself with youth, preventing them from traversing the same roads he went down as a teen.

“It’s like night and day how much my life changed,” he added. “If you’d have met me, five years ago, I would have never thought my life would be where I am today.”