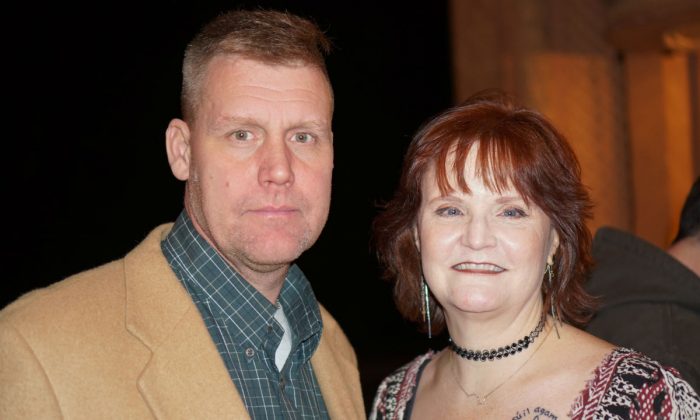 PHILADELPHIA—Every dancers’ movements embraced the music as they floated onto the stage with dazzling grace, enchanting the audience members with every step. Their hands and wrists moved in perfect rhythm with every note coming from the accompanying orchestra.

Shen Yun Performing Arts captivated audience members at the Merriam Theater during the matinee on Feb. 13. The traditional dance and music company has six equally sized groups that tour around the world and is set to perform in over 100 cities across four continents this year.

This New York-based Shen Yun has a mission to revive China’s semi-divine culture and bring it to the world through performing arts.

Among the audience was Sandra Turner, an acting teacher and coach who works with children and adults for film and television. She was amazed by the energy of the dancers and the control they had while performing difficult dance moves.

“Every single dancer is dancing from the inside out. You know, you just see the look on their face, the energy on their face, their joy of dance is amazing,” said Turner, who was a dancer herself many years ago.

Her husband Eric Turner echoed her comments, saying that the dancers’ energy was tremendous, especially in the folk dance piece “Mongolian Spirit.”

“Well, when you’re watching the Mongolian Spirit piece, you feel like you’re riding with the Mongolian riders on the steppes. It’s tremendous. You feel awake, alive, you feel the energy that they’re bringing to the dance,” Eric said.

Classical Chinese dance is grounded in 5,000 years of divinely inspired culture, and is built upon a deep foundation of traditional aesthetics that is rich with expressive power.

“The artistry, the cinematography, the coordination, the dance, it was great,” Trader said.

Trader said he liked how the performance used props in their dances, particularly the piece “Porcelain in the Balance,” where he said he felt nervous for the ladies dancing with porcelain vases on their heads.

“The choreography is wonderful and I have not expected any of the animations that are going on in the background. They’re very clever, the way they integrate that in the movement of the dancers themselves. Very impressive,” Wisecarver said.

His wife Judy was impressed by the dancers’ artistry. She said, “[I am] admiring these dance moves and how they can do such athletic and aerobic moves and come down, and there’s no noise.”

“[They] fly through the air and there’s not a sound when they hit the stage,” she added.

With reporting by Lijie Sun and Tony Dang.