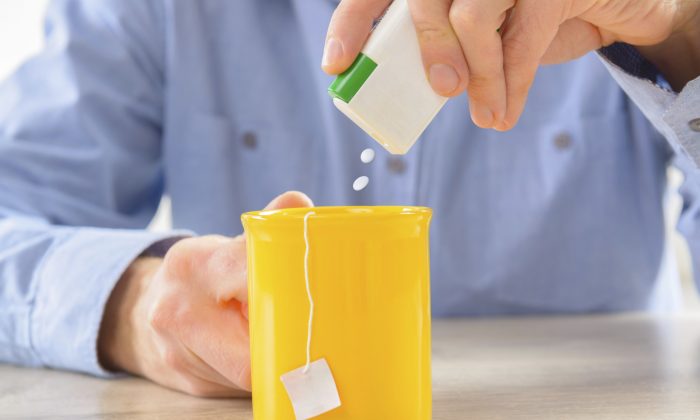 Even though artificial sweeteners don’t raise your blood sugar, they may put you at greater risk for diabetes.

A new study from Israel has found that artificial sweeteners change the composition of gut flora and cause the body to be less tolerant of glucose. Glucose intolerance occurs when the body cannot process sugar, resulting in high blood sugar levels. It is also a very common precursor to diabetes.

Scientists at the Weizmann Institute of Science in Israel, let mice drink either plain water or water laced with sugar or common artificial sweeteners. The results were striking.

The mice that drank artificially sweetened water developed intolerance to glucose, which was not observed in the mice that drank either plain or sugared water. When the researchers repeated the experiment with different mice and different amounts of artificial sweeteners, the outcome was the same.

To investigate further, the team used antibiotics to kill most bacteria in the stomachs of some of the mice that had been consuming artificial sweeteners. In the absence of these bacteria, glucose intolerance was reversed.

Next, the team examined human data, analyzing a database of patients’ self-reported diets and health conditions. They found that people who reported using artificial sweeteners had a propensity to be glucose intolerant.

The researchers then asked volunteers who usually did not use artificial sweeteners to consume them for a week. At the end of the week, many of the volunteers—although not all—had started to develop glucose intolerance.

Along with other studies, these results show that the relationship between gut flora and overall health is a close one. Gut bacteria are known to play an important role in immune defense and digestion. They also help to regulate weight, moods, and energy levels.

The good news is that there are many ways to improve gut flora. You can start by eating more fermented foods like sauerkraut and yogurt. A nutritionist or holistic physician can help you determine what is right for you.