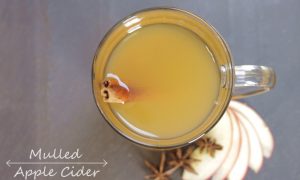 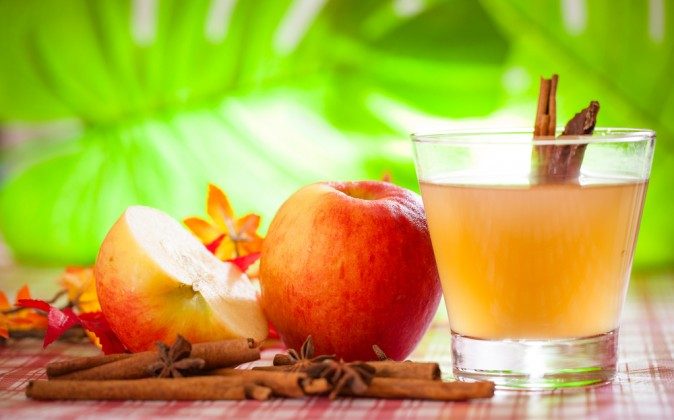 Apple Cider Vinegar  has a plethora of useful and medicinal properties. There have been resources written on all the amazing benefits that Apple Cider Vinegar (ACV) has regarding multiple physical ailments as well as cleaning and DIY purposes.

ACV is a cheap and effective multi-purpose cleaner, you can add it to your water, tea and salad dressings for a refreshing zing and capitalize on the multiple health benefits you’ll be receiving.

Why All The Fuss Over Apple Cider Vinegar?

The word vinegar translates to vin aigre, is french for “sour wine”. The medicinal uses of vinegar date way back to when it was discovered in 5000 BC by a courtier in Babylonia.

MD’s during the 18th century used it as a multi purpose treatment for ailments like dropsy, stomach ache and even for managing diabetes.

It’s amazingly affordable compared to commercial natural cleaning products and the smell is really pleasant, you could add a few drops of thieves oil and have a great antibacterial spray for countertops, bathroom, kitchen and carpet deodorizer.

There’s a new hair craze on the rise and it relies on the simple method of using baking soda as a shampoo and ACV as a conditioning hair rinse.

Instead of spending loads on junk free shampoos and conditioners, this “no poo” (short for shampoo, not the other stuff) method of hair care works really well and makes your hair super soft.

Thanks to the pH balancing effects that ACV has, anecdotal reports claim it can add shine, softness and break down build up from other hair products.

The high acidity and powerful enzyme in ACV kill the bacteria responsible for dandruff and hair loss, bottle bacilli, and stimulates our hair natural oils to secrete more effectively and moisturize our scalps better.  I also recommend using coconut oil for a dry scalp treatment.

Saturate the scalp with ACV and let it sit for a few hours if you can, use the same treatment for thinning hair and itchy scalp.

ACV is a great remedy for repelling fleas from your dogs skin, it’s totally safe to use so you don’t have to worry about your pet getting sick from licking afterwards.

It works on pets the same way that it works on humans, reestablishing the proper acid mantle of the skin to repel microbes and other pests.

You can also add Apple Cider Vinegar to your pets food to keep a healthy pH balance in their gut and to prevent allergies, deter parasites, ringworm, ticks, fungus and other microbes from invading.

A 50 lb. dog would get about 2 tsp per day with food, and if you wanted to use ACV externally you could mix it 50:50 with water and put it in a spray bottle, saturating the dogs coat once per day (5).

Most skin care products are on the alkaline side of the pH scale, some people try everything for their skin problems but nothing seems to work! The issue is most products are harming the acid mantle, a protective layer on our skin.

ACV is great because it’s acidity is closer to the natural pH of our skin, which keeps the acid mantle intact to do its job, protecting against germs and foreign bacteria which can be perpetuating the skin problem.

If you want to try ACV as a toner, just combine one part ACV with two to three parts water, you’ll want to add more water for very sensitive skin.

Apply this concoction to your face after cleansing and allow it to absorb into your skin.

In a world filled with so many toxins, we should all be taking precautionary measures by incorporating protective foods into our diets.  We’ve discussed many of the sources of toxins in previous articles so we won’t be overly redundant in this article.

The unique acids in ACV bind to toxins and allow us to release them more effectively.

You can also utilize the medicine of ACV by adding a cup to a hot bath with some epsom salts, to kickstart your lymphatic system into releasing toxins.

Not only does ACV help break up mucous, it also has a natural anti-histamine effect.

Whether your suffering from seasonal allergies, environmental or pet related, ACV can lessen the sneezy, wheezy, uncomfortable symptoms.

If you aren’t familiar with candida overgrowth, consider yourself lucky. Candida is a parasitic bacteria which cause yeast overgrowth leading to low energy, poor digestion, yeast infections, canker sores and other uncomfortable symptoms.

Candida overgrowth occurs often when a person has a poor diet, high in refined sugar and carbohydrates, and it can take over when the gut flora compromised by antibiotic use or birth control.

ACV is an effective tool in the kit of someone trying to rid themselves of draining candida.  You can also look at lemon water as a possible solution when treating Candida.

It works by helping promote better digestion and an acid/alkaline balance more aligned with promoting healthy bacteria to once again thrive in the gut.

Vinegar has been used since time eternal as a cure for foot fungus and is great for killing molds.

Since yeast is a fungus it makes sense that ACV would help in keeping the parasite at bay, even though to date there hasn’t been any specific analysis of ACV directly as a candida killer.

One of the most common health complaints people have is heart burn. It’s a symptom of the SAD (Standard American Diet) lifestyle because acid reflux only occurs when we’re depleted in hydrochloric acid (HcL).

HcL production is low in people who have sub optimal gut flora, meaning the aren’t eating enough cultured/fermented foods and have likely taken some sort of antibiotic in the past which has killed off the natural beneficial bacteria.

Stomach acid is the first line of defense against microbes, but when the stomach pH isn’t low enough, pathogens may grow around the esophageal sphincter and paralyze the muscle, allowing food to relax back up the esophagus.

Taking a Tbs of raw ACV with each meal ensures that the stomach acid will be acidic enough to do it’s job in making sure to kill off harmful microbes and start the process of digestion.

There has yet to be a study done on effects of ACV on humans with high cholesterol but a study in 2006 found rats fed ACV for 19 days had drastic reduction in total cholesterol and triglyceride levels.

There’s also an antioxidant called chlorogenic acid present in ACV which has been found to LDL cholesterol particles from becoming oxidized.

Plenty of human studies have been done on the effect vinegar has on insulin response and blood glucose levels after a meal.  I think it’s important that everyone understands what insulin is and does in our bodies.  Insulin plays a critical role in the way our body uses food.  The primary function is decreasing the concentration of glucose (sugar) in your blood stream.

Every time you eat your body begins to break down the food into glucose, which goes into your blood stream.  Your pancreas reacts to the surge in glucose by releasing insulin which cleans the the sugar from your blood.  A portion of the glucose runs through the liver where it’s converted to glycogen to be used by your muscles.

Then insulin converts any left over glucose into fatty acids stored in the form of fat cells as an energy source later.  Our bodies crave sugar, and so much of what we buy in the grocery store has added sugar as a result.

Many are developing a resistance to insulin which means that your body has has so much insulin secreted that it starts to ignore it and the sugar stays in the blood stream which is not a good thing.  This can develop into diabetes and permanent health damages.

Vinegar also has the effect of suppressing the appetite and increasing feeling of satiety.

ACV may also lower the glycemic response to starchy carbohydrates.

With diabetes being as prevalent as it is today it’s comforting to know that something as simple as vinegar may perhaps be an effective treatment.