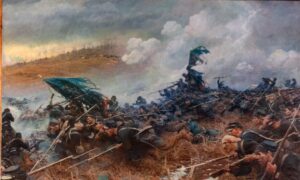 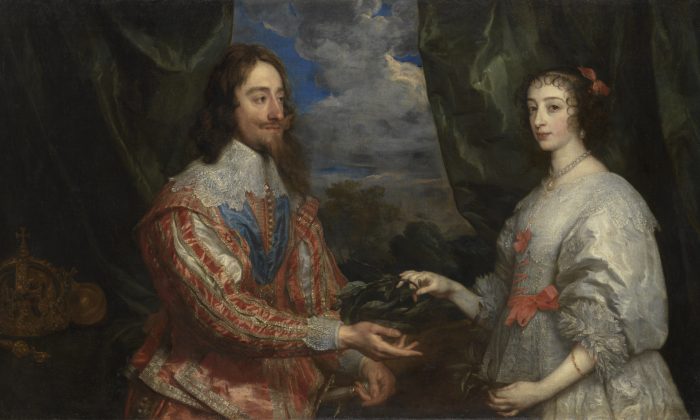 NEW YORK—It often happens that an over-hyped blockbuster pre-empts that virgin pleasure of discovering the film for oneself without any preconceptions, bringing to the experience a certain degree of reserve and cynicism.

But with the work of Flemish artist Anthony van Dyck (1599–1641), however, no amount of prior praise can taint the experience of seeing his portraits firsthand.

You can believe the hype.

The exhibition Van Dyck: The Anatomy of Portraiture, on view at New York’s Frick Collection, is the first time in 20 years that a major show of this nature is taking place in the United States. It brings together approximately 100 works (on canvas, wood panel, and paper) that reveal the fast-paced talent and genius of the artist whose rise to fame was meteoric.

It is easy to see why van Dyck changed the course of portrait painting in Europe and beyond.

By the time he was 20 years old, van Dyck already had the admiration and trust of his peers, as is evidenced by his captivating painting of the very successful and sought-after painter of still life, animals, and hunt scenes: “Frans Snyders” (circa 1620)—one of the favorite painters of the King of Spain. It hangs next to van Dyck’s painting of Snyders’s wife, Margareta de Vos.

Fortunately, both works were acquired by Henry Clay Frick, who had a penchant for collecting works that are somehow related to each other.

The fact that this famous painter would entrust a 20-year-old with a commission for his own portrait speaks volumes about how early on van Dyck’s talent was recognized.

You can admire van Dyck’s depiction of the sitters’ sumptuous black attire trimmed with lace, the delicate, scintillating gold embroidery of de Vos’s dress, even the rather quirky, elongated fingers—but it’s their eyes that will get you. It’s a sort of “kapow!” moment. What comic book artists achieved through onomatopoeia, van Dyck achieved through mastery of portraiture—sheer talent.

Forget the New York minute and take an hour to stare into these people’s eyes—van Dyck’s people’s eyes, that is. They embody the power of all great art. They make the case for realism, humanism, spirituality, and everything in between.

Van Dyck shows us life, and by default death—the great barometer against which to measure our accomplishments—the ultimate punctuation.

The energy, arrogance, and impetuousness of youth—it’s all there.

Snyders is dead. Van Dyck, dead, too, at the early age of 42, are the shocking thoughts that stand in stark contrast to the way they stare right back at you so confidently.

The earliest of van Dyck’s works in the exhibition is a self-portrait that he painted when he was between 13 and 15 years old. The energy, arrogance, and impetuousness of youth—it’s all there. A skilled painting is one way of describing it, were it not for the fact that it reads like a veritable manifesto to the art world of the time.

After enrolling as an apprentice to the painter Hendrick van Balen in 1610, it is believed that Van Dyck then entered the studio of celebrated Antwerp artist Peter Paul Rubens in 1613 (around the age of 14). He soon became Rubens’s star pupil, and by his late teens, Van Dyck was already assisting Rubens on large-scale commissions.

“As a teenager, he is capable of emulating Rubens to the point that we have great difficulty telling the paintings done by the two of them apart,” said Adam Eaker, assistant curator of Northern Baroque Paintings in the Department of European Paintings and co-organizer of the exhibition.

Downstairs, we get a glimpse of van Dyck’s work in a more intimate manner. His large portraiture work is arresting, but it is the studies, the lines of chalk on paper, that allow you to witness his process and talent face to face.

The fact that very few detailed studies of heads on paper survive puzzled Stijn Alsteens, the Frick exhibition’s driving-force (now curator at the department of drawings and prints at The Metropolitan Museum of Art). When he started working on the project, he expected more, “since van Dyck is considered one of the greatest portraitist in the history of art,” he said.

About 300 drawings by Anthony van Dyck survive, and little over a third of these are studies related to portraits, Alsteens explained during his recent lecture, “Drawing for Portraits,” which accompanies the exhibition.

Van Dyck preferred to do the preparatory drawings straight onto the canvas, he explained. For larger works, like the preparation for a tableau of the English royal family, van Dyck summarily laid down a small study on canvas of “The Princesses Elizabeth and Anne, Daughters of Charles I,” (1637) which is also part of the exhibition.

About 60 drawings are shown in the lower galleries where the curators have also brought together the largest group of preparatory works that’s ever been seen in one place for van Dyck’s Iconography series. They hold a world of joy, because it is where one can most intimately admire van Dyck’s hand.

Iconography is a group of portrait prints, of eminent men and women of van Dyck’s day, including crown heads, statesmen, generals, artists, and scholars. Among the works on show we get to see a black chalk drawing, as well as a first state etching, of artist “Pieter Brueghel the Younger” (circa 1627–1635). His first teacher is also carefully and vividly depicted in black chalk in “Hendrick van Balen” (1627–1632).

And the drawing of fellow artist Sebastiaan Vrancx (1628–1631) shows just how much information is possible to pack into a few lines and well calculated pitch-black accents, to convey the full force of the sitter’s personality.

The etchings from the Iconography series seemed to have circulated like baseball cards, explains Eaker, where you could buy the people you were interested in, who shared your own affiliations, and assemble them into your own bound album. There is a small surviving album in a cabinet on display, containing the prints related to this series.

It seems that the artist would first make a very refined, detailed black chalk drawing in front of the sitter from life. Then he would translate that into a grisaille—a grayscale oil sketch on panel—to assist the engravers. There are four of these enthralling sequences (that include chalk drawing and grisaille) on show.

The etchings included also demonstrate why van Dyck is considered to be among the greatest printmakers of all time as well. He didn’t leave the print process to some unknown engraver, but worked closely with his carefully selected collaborators, astutely anticipating how light and shade in his drawings and paintings would be translated by the engraver.

Van Dyck’s career took him from his native Flanders to Italy, France, and, ultimately, the court of Charles I in England.

It has been estimated that van Dyck painted 40 portraits of King Charles I, as well as about 30 of his queen Henrietta Maria, during his second stay in England where he not only enjoyed the ongoing patronage of the king but was knighted. Unfortunately, it is also the place where he died of what seems like exhaustion.

Be it through his chalk marks on paper, or the sums of his brushstrokes—carefully placed pigments that conjure light and shade, van Dyck’s body of works begs the question: What piece of one’s own soul will be left behind for posterity?

Van Dyck makes us humble in the face of our human condition but he also elevates our spirit—the hallmark of great art. And if an artist can reach across the centuries and make one recalibrate one’s contemporary priorities, that’s a tall order fulfilled.