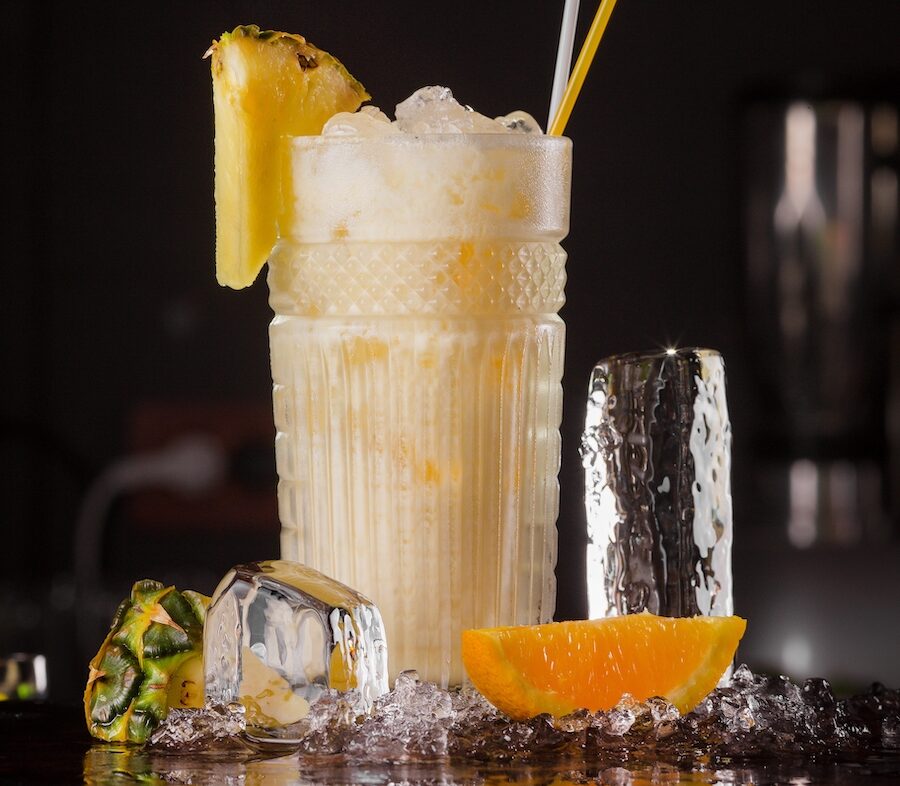 Anatomy of a Classic Cocktail: The Painkiller

Bring the beach to you with this potent, rum-based refresher, bright with fresh juices, creamy with coconut, and spiced with nutmeg—and a dose of bartender drama
BY Kevin Revolinski TIMEMay 27, 2022 PRINT

If you like piña coladas—this is even better. Swapping orange juice in for the lime and sprinkling in a bit of nutmeg, you end up with a dangerously drinkable Caribbean cocktail called a Painkiller. Don’t bother with the little umbrella—it only gets in the way.

I first learned to make the drink while helping out at the Sunday pig roasts at Mount Victory Camp on St. Croix back in the early 2000s. In fact, the first Painkiller was served in the Virgin Islands, but the British variety: Over on the island of Jost Van Dyke, bartender Daphne Henderson created it at The Soggy Dollar, a six-stool bar along the beautiful beach of White Bay. The beach had no dock, so boaters dropped anchor and swam ashore, bellying up to the bar with a pocket full of wet bills.

The recipe originally relied on some local tipple, Cruzan Rum from St. Croix, but a big fan of the drink and a regular patron of The Soggy Dollar, Charles Tobias, had his own ideas.

For many years, the British Royal Navy provided each sailor a daily tot, a rum ration, from the Navy’s own supply of a blend of five different West Indian rums. The practice ended on July 31, 1970, and the Navy put the remaining supply up for auction. A buyer shipped the lot of it to a warehouse in Gibraltar and gradually sold it all off. Collectors may still have bottles of it floating around out there. But then in 1979, Tobias obtained the rights to that Admiralty recipe, founding a company that kept the name the sailors gave it: Pusser’s Rum, as in the rum distributed by the ship’s purser, the supply officer.

As the story goes, Tobias and Henderson challenged each other, making up drinks according to their individual recipes. The drinks made with Pusser’s Rum impressed the fortunate impromptu judging committee at the bar that day, and the reincarnated Royal Navy rum became the official ingredient in a Painkiller.

What does official mean here? Pusser’s Rum managed to trademark the drink name and recipe, and in 1989, it actually brought a cease and desist to a bar in New York named Painkiller. They settled out of court and the bar became PKNY. So be careful that your house guests don’t snitch if you swap rums in your Painkillers.

Add the rum, pineapple and orange juices, and cream of coconut to a shaker with ice and shake vigorously but briefly to combine. Strain into a hurricane glass or snifter over crushed ice. Sprinkle grated nutmeg on top and garnish the glass with a pineapple wedge.