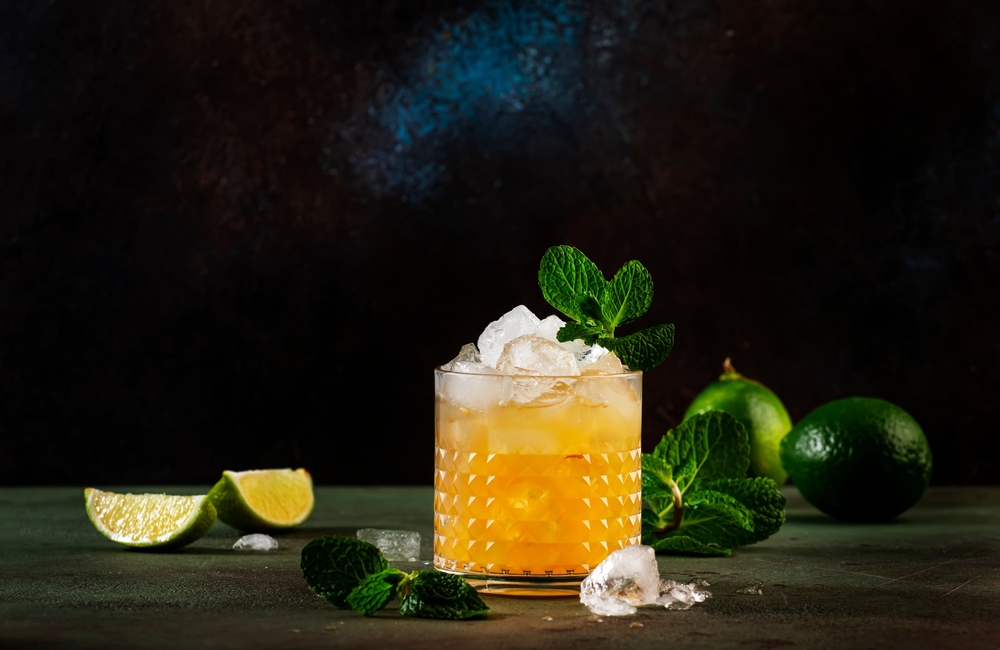 Unlike modern, neon-bright renditions, the original mai tai is an amber hue, thanks to the rum. (5PH/Shutterstock)
Food

Anatomy of a Classic Cocktail: The Mai Tai

Forget what you might think you know about the mai tai. While the tropical theme might suggest sweet juices, the original drink balanced tart and sweet with an unapologetic showcase of a Jamaican rum Bergeron described as having a “rich, pungent flavor.” The recipe had just four ingredients: rum, Curaçao liqueur (made with the dried peel of the bitter orange laraha), orgeat (sweet almond) syrup, and freshly squeezed lime juice. The name came from Bergeron’s Tahitian friend’s reaction to the first sip: “Maita’i roa a’e,” meaning “Out of this world! The best!” So this is literally The Best cocktail.

That original rum, a 17-year-old J. Wray & Nephew Jamaican, soon ceased production, and Bergeron adapted the recipe. By the second edition of “Trader Vic’s Bartender’s Guide” in 1972, his recipe used one ounce of dark Jamaican rum and one ounce of Martinique rum, in an effort to try to find a flavor similar to the original.

But most recipes went off the rails, offering up syrupy sweetness and little umbrellas (not ever for Bergeron). In 1953, Bergeron adapted his own drink for a menu of signature cocktails he was contracted to create for the Hawaiian hotels owned by Matson steamship lines. The new recipe added orange, pineapple, and lemon juices, plus both a light and a dark Jamaican rum. He called it the royal Hawaiian mai tai.

Much of what we see today has evolved from this digression, but note that Bergeron did call it something else. Some bartenders will also float the dark rum on top of the drink for visual effect and garnish with a pineapple wedge and a cherry. A friend of mine just returned from Hawaii with photos of a mai tai topped with lilikoi foam, a passionfruit-infused frothy egg white.

To each their own. But if you want to start with the historic original, keep it simple.

Pour the rum, Curaçao, lime juice, and orgeat into a shaker of crushed ice and shake vigorously. Serve in a rocks glass and garnish with an unsqueezed lime shell, rind up, and a sprig of mint—meant to represent an island and a palm tree.