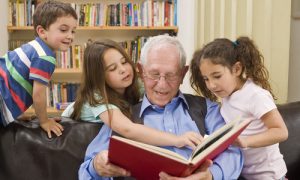 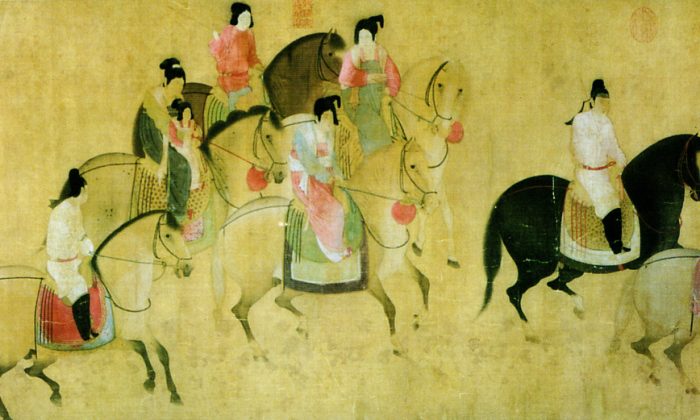 An Ancient Chinese Story: Forfeiting the Chance to Become Immortal

Li Linfu was a prime minister during the Tang Dynasty. As a child, he lived in the eastern capital of Louyang and loved to play all day long. Because he was always occupied with playing, he didn’t learn how to read until he was 20 years old.

Linfu glared at the Taoist and retorted, “Mind your own business!” The Taoist then left.

The next day, the Taoist came again and repeated the same words. Linfu, being a bright young man, realized the Taoist was not an ordinary person. He quickly stood up and bowed to the Taoist.

“Although you are good at polo, sooner or later you will fall off the donkey. It will be too late for regret when you are hurt!” warned the Taoist.

Linfu promised that he would be careful in the future and no longer play polo on a donkey. The Taoist smiled and told him, “I will wait for you here in three days at 3 a.m.”

Linfu agreed to the appointment.

The Taoist was happy to talk to Linfu. “I’ve been in the human world for 500 years already. You are the only one the heavenly fairies have on a name list, so someday you can fly to Heaven and become an immortal. But if you don’t want to become an immortal, you can serve as a prime minister of the Tang Dynasty for 20 years. Think about it. I am going back today. I will meet you here again at 3 a.m. in three days.”

Back home, Linfu thought, “I was born into a royal family. I have been bold and chivalrous since my youth. It would be wonderful to serve as prime minister for 20 years.” When Li Linfu met the Taoist again, he confessed that he wanted to be a prime minister, not an immortal.

The Taoist pitied him and scolded, “I really did not think you were so vulgar! I have visited 500 talented people, and you are the only one with the ability to become immortal. You’ve really disappointed me. I pity you.”

Linfu felt immense regret upon hearing this. He wanted to change his mind, but the Taoist told him that it was too late. The Gods in Heaven already knew his first choice. Before leaving, the Taoist warned him, “You can be prime minister for 20 years, during which you will have total power over other people’s lives. You cannot harm people through conspiracies. Try to save more people and kill as few as possible in order to accumulate virtue for your next life. By doing so, you will be able to fly to Heaven and become an immortal in another 300 years. Now, your good fortune is imminent. You may go to the capital and take an official post.” A tearful Li Linfu said goodbye as the Taoist left.

Li Linfu’s lineage went back to Li Yuan, the first emperor of the Tang Dynasty. He was the great-grandson of Li Yuan’s cousin, Li Shuliang. Li Linfu’s uncle also worked as an official in the Tang court. When Linfu went to visit his uncle at the capital, the uncle was surprised and asked why he was there. Li Linfu told him, “I was wrong before when I only wanted to play and didn’t like to read. I have come to you and am determined to change. If I make mistakes again, I am willing to be whipped by you, uncle.” Linfu’s uncle found this odd but didn’t ask any more questions. He had Linfu read and then organize tableware after each banquet. Linfu always washed the tableware thoroughly and put everything in order and in the right place.

Linfu’s uncle sometimes asked him to work outside during the bad winter weather. Linfu never refused, and despite having to trudge through deep snow, he completed his assignments well. The uncle grew more and more fond of him and often praised his nephew among other officials. With his uncle’s help, Li Linfu received a position as an adviser. After 10 years, he was appointed prime minister.

Linfu was skilled at using his authority and also had a good understanding of what the Emperor wanted, so he eventually won the Emperor’s favor. He later held total power during a period of the Tang Dynasty, and nearly every minister and citizen feared him.

As the saying goes, “Just as brine creates bean curd, all things may be subdued by something with more power.” An Lushan, the army commander of three provinces, did not fear Emperor Xuanzong, yet he trembled with fear whenever he saw Li Linfu. He asked one of the Taoists he knew, “I’m not afraid when I see the Emperor. So how come I panic whenever I see Li Linfu?”

“You have 500 devils with copper heads and iron foreheads who act as celestial guards protecting you,” the Taoist replied. “How can you be afraid of Li Linfu? Invite him to visit so I can see what happens when you two are together.”

Thus, An Lushan held a banquet at his home and invited Linfu as a guest. The Taoist hid behind a curtain to watch them. After Linfu left, the Taoist told An Lushan, “Strange. When Linfu came, a boy in blue walked in front of him with a censer. The 500 devils following you were frightened and escaped upon seeing the boy. I am not sure why. Perhaps Linfu was an immortal temporarily demoted to our mortal world.”

Several years later, Li Linfu began to expel dissidents in order to strengthen his power and position. Many people were sent to prison, and many innocent people were killed. He had completely forgotten the Taoist’s advice at this point.

Whoever wanted to meet Linfu had to dismount his horse far away and walk to his house. At noon one day, a person unrestrainedly knocked on Linfu’s door. Surprised, the guard opened the door and saw a thin Taoist saying he wanted to see the Prime Minister. The guard loudly berated him and tried to drive him away, and then flogged him and took him to the authorities. The Taoist walked away with a smile.

The next day, the Taoist went to Linfu’s residence again. This time, the guard reported the situation to Linfu. Linfu claimed he didn’t remember ever knowing a Taoist, but nevertheless asked the Taoist to come in. When Li Linfu saw the Taoist, he suddenly remembered the advice from 20 years before. He was overcome with fear and shame, and suddenly felt at a loss. It dawned on him that the Taoist told him he would be the prime minister for 20 years, and it has been exactly 20 years now, yet he never followed the Taoist’s advice. Linfu was so scared that he felt ill. He bowed to the Taoist who, in return, asked, “How have you been? You did not heed my advice. Instead of doing things with compassion, you killed many innocent people. All your crimes have been recorded in Heaven. Are you really not afraid of being punished by Heaven?” At a loss for words, Linfu just kept kowtowing.

Linfu sent the servants away and invited the Taoist to sleep on another bed in the same room. The Taoist only drank a bit of tea and asked for nothing else. At midnight, Linfu asked him, “You once said that I had the predestined relationship to become an immortal. Does that chance still exist?”

“I’m almost at the end of my life, and I’ve committed so many crimes. What is my future like?” asked Li Linfu.

“Follow me to Heaven if you want to find out,” said the Taoist. Linfu quickly kneeled and pleaded with the Taoist to take him to Heaven.

The Taoist told Linfu to clear his mind and make himself as still and tranquil as a dead tree before the Taoist would take him away.  After a while, Linfu said he no longer had any thoughts. The Taoist got out of bed and told him, “Let’s go!”

Linfu’s body automatically followed the Taoist. Once they approached the gate of the capital city, Chang’an, the gate opened for them. Linfu became too tired to continue after walking for about three miles, so the Taoist allowed him to rest. They sat on the side of the road.

A bit later, the Taoist gave Linfu a bamboo pole and told him, “Ride on this. It will automatically stop once we reach our destination. But your eyes must be closed!” Once Linfu began riding on the bamboo pole, he immediately felt his body flying upward. He could hear the sounds of the sea and wind. An hour later, the movement suddenly stopped. They landed in front of the huge gate of a city. Several hundred soldiers stood outside the gate, and they warmly welcomed the Taoist and bowed to Linfu.

Past the gate, more soldiers lined both sides of the road. The Taoist and Linfu went up some stairs and entered a richly decorated large hall that contained luxurious beds. Linfu was suddenly sleepy and wanted to nap there, but the Taoist quickly stopped him, saying, “If you sleep here, you won’t be able to return to the human world. This will mean your death.”

“If I can come here after I die, I will be satisfied enough,” replied Linfu. The Taoist smiled and said, “This place is not as perfect as you imagine. You can still get sick, get into trouble just the same, and suffer here.” He handed Linfu the bamboo pole and they left that place.

Li Linfu returned home to find his body sitting on a bed with both eyes shut. The Taoist called, “Prime Minister Li! Prime Minister Li!” Linfu went back into his body and opened his eyes. He tearfully thanked the Taoist.

The Taoist bid farewell the next day. Li tried to give him gifts of gold and silk, but he refused. He waved his hand and said, “Do your best and I’ll see you in 600 years.” Then he disappeared.

In the 11th year of Tianbao (the last period of Emperor Xuanzong’s reign), Li Linfu died. He was said to have been involved in the rebellion that followed, so all his family property was confiscated and his children were exiled.