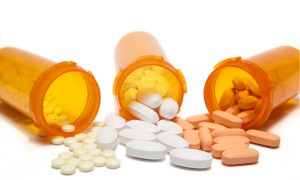 Doing good for others makes people feel good, and despite times of austerity, acts of generosity and kindness give a third of people in the UK a psychological boost and a sense of purpose, according to new research.

The survey, commissioned by the charity Macmillan Cancer Support, found that leaving something positive behind to the next generation ranks second in a list of what would make people happy at the end of their life.

Leading British media clinical psychologist, Dr Funke Baffour, explains that people tend to give to charity out of altruism, and the reward is a “warm glow”.

“They feel a sense of satisfaction by doing something they consider to be good and an act of selflessness.” Dr Funke said in an email. This feeling of well-being comes from “making a difference no matter how small.”

The poll showed that tragedies, such as the death or illness of a loved one, tend to give people the most impetus to leave a gift to a charity in their will. Only one-tenth of people responded that positive life events would cause them to donate to charity upon their death.

“To me, Macmillan Cancer Support’s research indicates a deep-seated human need to leave a legacy behind and an aversion for simply disappearing after death with nothing tangible to be remembered by,” Dr Funke said.

Dr Funke said it is important to understand how giving and selflessness can boost happiness at any time. “I’d encourage people to give, if they can, when the going is good too.”

Altruism, caring about others’ welfare and acting to benefit them, is being increasingly recognised as a way to benefit both giver and recipient.

“We know that doing something for someone else, from giving to charity to helping a friend or relative with their chores, is one of the many ways that you can proactively look after your own mental well-being. These small gestures can reap huge rewards, such as helping you to make new friends and improve your skills, which, in turn, can give you a huge confidence boost.”

Last May, the UK charity, Mental Health Foundation (MHF), published a report “Doing Good?” highlighting the impact that helping others has on people’s mental health and well-being, following a survey that showed people believe society has become more selfish.

Citing evidence for the positive results of selfless acts, the report recommends people engage in volunteering in their community, starting with creating a “culture of volunteering from childhood” in schools and later in the workplace. The charity is also calling for the government to prioritise investment in third sector organisations designed to promote volunteering.

Mark, 25, who was unemployed, a drug user and youth offender, found a sense of purpose volunteering for a project offering music workshops to deprived young people. “When I work with the young people I feel like I am contributing to their positive individual development. This motivates me to continue working as I do,” Mark said in the report.

Dr Andrew McCulloch, chief executive of the MHF said in a statement, “We are calling for the public to carry out more acts of kindness to improve their own mental well-being and that of the UK.”

Leading researcher and author of the best-selling book The Hidden Gifts of Helping: How the Power of Giving, Compassion and Hope Get Us Through Hard Times (2011), Stephen G Post, believes in the “transformative” power of altruism.

“We are freed from preoccupation with the self and its problems, with rumination, and with other destructive emotions,” Post said in an email.

As well as an increase in mental and physical health, in helping others people have developed their creative abilities and “fine-tuned their talents in the service of the neighbour,” according to Post.

“Helping others is a source of hope because as active agents we use our strengths to make a difference in the life of another, and we can therefore have greater confidence in shaping the future. This is an active hope, rather than the passive variety that just waits for a surprise,” Post said.

Post cited encouraging research by Case Western Reserve University School of Medicine, in the US, on Alcoholics Anonymous (AA). “Helping other alcoholics at a robust level in AA doubles the recovery rate in the year after initially going dry. The difference is a dramatic increase from 22% to 40%. Helpers also experience decreased depression.”

Commissioned by the UK government, the independent think-tank, NEF (the New Economics Foundation) published the “Five Ways to Wellbeing”, which includes giving to others as a rewarding activity that can improve the nation’s mental health and well-being. The others being: ‘Connect … be active … take notice … keep learning’.