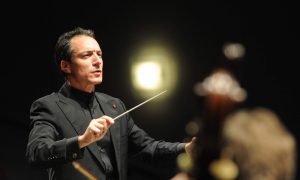 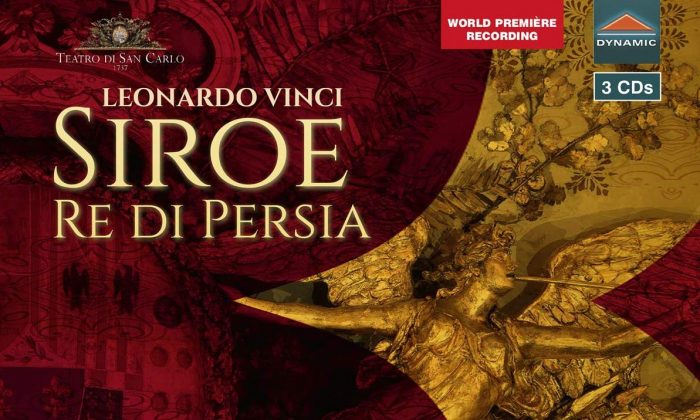 The cover of a milestone recording of Leonardo Vinci's opera "Siroe Re di Persia."
Performing Arts

Leonardo Vinci—not to be confused with the iconic painter and inventor—is one of the Italian composers from the generation following Handel who continued the art of Italian opera in Italy. It is only relatively recently that Vinci’s operas have appeared on disc, and that performers have grappled with them.

This new album from Dynamic is the first recording of Leonardo Vinci’s “Siroe, Re di Persia,” which sets a libretto by Pietro Metastasio.

It is also a collaboration between period and modern performance techniques, as it is presented by the Teatro San Carlo in Naples with the orchestra of the theater conducted by Antonio Florio (who created the edition of “Siroe” that is used) and the continuo, the accompanying part that includes a bass line and harmonies, provided by members of Florio’s Cappella Neapolitana ensemble.

Vinci’s “Siroe, Re di Persia” premiered in 1726 in Venice as an extra at the end of the season—a result of the popularity of his previous opera.

We tend to view Metastasio through Handel’s eyes. The encounters between Handel and Metastasio do not rank among the greatest of Handel’s operas. The sheer length of Metastasian libretti can be understood when you learn that Handel set half of the 1,284 lines of Metastasio’s “Siroe,” and still the opera is long by Handelian standards.

The plot involves the complex dynastic and family dynamics of King Cosroe, who has two sons: the noble and moral Siroe, and the less admirable Medarse. Things are complicated by love triangles. Emira, the daughter of one of Siroe’s enemies, is at court disguised as a man, Idaspe, plotting revenge on Cosroe but whom Siroe loves and whose identity he does not reveal. Laodice is loved by the king, but she loves Siroe.

The trick in performing this opera is to persuade us that these rather self-absorbed people actually matter. I don’t feel that the cast quite succeeds, though the singing is entirely credible, even if only some of the arias rise up and capture our attention.

Listening to this disc, you are aware of just how much recitative there is; Winton Dean describes a Metastasian libretto like reading a novel. Thus, having a group of Italian-speaking singers on this recording is a great advantage and the recitative certainly rattles along.

The problem is that the work does not quite have the vividness of the Handel opera—certainly not the stage performances from the Göttingen Handel Festival. (Handel’s “Siroe” is available in a 2014 recording.) The drama here never seems to quite grip, and given the complexity and rarified nature of Metastasio’s plot that was originally intended for aristocrats, there are a few moments when you think: Why are we bothering with these people?

As for the vocalists, tenor Carlo Alemanno sings music from Monteverdi to Verdi, and his voice sounds admirably non-specialist. He has some fine moments as Cosroe, notably in his Act 3 aria when he regrets having Siroe put to death. (Luckily, the order is not carried out.)

The treacherous Medarse, played by soprano Leslie Visco, gets the terrific aria that closes Act 1. It’s a simile aria about rays of good fortune in a storm and does not say much about the character or plot, but Visco carries it off well.

Soprano Roberta Invernizzi plays Elmira, who is disguised as Idaspe and bent on taking revenge on Cosroe. Her fine aria at the end of Act 2 articulates her dilemma between hating Cosroe and loving his son.

Siroe is impossibly noble and difficult to bring off, but mezzo-soprano Cristina Alunno does her best.

Daniela Salvo plays poor Laodice, who is torn between Cosroe and Siroe. Her powerful Act 3 aria arises when Cosroe refuses to let her plead for Siroe’s life.

Tenor Luca Cervoni is General Arasse whose refusal of Cosroe’s order to kill Siroe makes you think that he may be the only rational person in the opera.

Of course, the plot wasn’t silly to those who first heard it. In fact, as the opera itself was the first setting of this libretto by Metastasio, recording it on the disc is a notable milestone.

This recording will be of great interest to those keen on Baroque Italian opera, but I’m not sure the performance will seduce or engage the casual listener, nor explain the opera’s original success.