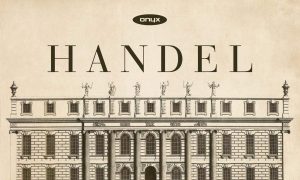 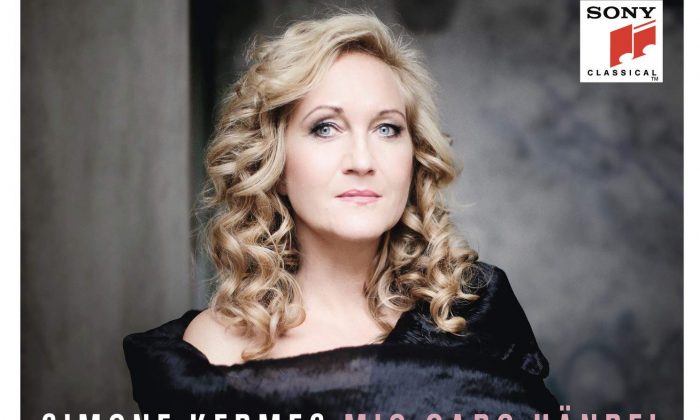 German soprano Simone Kermes is a distinctive singer with an unmistakable approach to Baroque music. In her “Mio Caro Händel” (Sony Classical), she sings a selection of arias from Handel’s oratorios and operas that demonstrate that approach clearly.

The CD booklet starts with a long and personal note from Kermes about her admiration and love for Handel’s music and how it is intertwined with her life. This can seem a fascinating personal insight or gushingly over the top, depending on your point of view. She includes no background information for the works themselves; we are assumed to know them and to appreciate Kermes’s performances.

Accompanied by Amici Veneziani, an ensemble Kermes founded in 2017, and led by concertmaster Boris Begelman, she performs arias from the operas “Rinaldo,” “Giulio Cesare,” “Amadigi di Gaula,” “Serse,” “Teseo,” “Rodelinda,” “Deidamia,” and “Lotario,” and from the oratorios “La Resurrezione,” “Il trionfo del tempo e del disinganno,” “Athalia,” “Saul,” “The Triumph of Time and Truth,” and one of the “Nine German Arias.”

Her approach is technically superb in fast music where she brings amazing fire and vividness to it. In slower pieces, however, it’s almost colorless, as though bleached, with performances that are extremely intimate, as though we are overhearing her singing to herself.

Listen to the first item on the disc, Armida’s “Furie terribili!” from “Rinaldo,” and Kermes is everything you want her to be and more: This is an Armida with pin-sharp coloratura combined with a vibrancy and vividness of utterance that clearly would make a superb theatrical performance.

Yet in the second piece, Cleopatra’s “Piangerò la sorte mia,” Kermes takes an approach so intimate that it sounds as though it’s created for the recording studio rather than the stage. At times, she comes perilously close to crooning.

The disc largely alternates slow and fast numbers. Bear in mind that a slow aria might have a fast middle section, and fast arias often have contrasting slow sections. The faster numbers on this disc are terrific. We get superbly bravura arias from Handel’s early Italian oratorios: “Il trionfo del tempo e del disinganno,” and “La Resurrezione.” The latter is complete with trumpets, plus a dramatic moment from “Teseo” in its “Morirò, ma vendicata,” as well as a terrifically perky aria from “Lotario”: “Scherza in mar la navicella.” Similarly, “My vengeance awakes me” from “Athalia” is finely done, and the fast speed suits Kermes’s entirely adequate English.

Unfortunately, the slower moments on the disc simply highlight her very personal manner. She is nothing if not consistent and, in her way, entirely musical, but if you find her intimate, bleached tone difficult, then there is plenty on this disc that you will not like. The slow tempi and intimate approach in the English airs, “Author of Peace” from “Saul” and “Guardian Angels” from “The Triumph of Time and Truth,” only highlight the limitations of Kermes’s English.

Throughout, she is finely accompanied by Amici Veneziani, drawn from an ensemble of nine strings, harpsichord, and theorbo (plus wind as necessary). The ensemble follows Kermes’s lead and complements her approach in all the arias.

This disc is Simone Kermes at the height of her powers. Lovers of the soprano need have no qualms. Here, she presents a sequence of Handel’s greatest music in performances that could not be other than by Kermes.

Those less certain of her distinctive approach need to listen first. The repertoire is of selected highlights, but Kermes’s choice ranges widely, taking in lesser-known works and, from well-known operas, not always choosing the most obvious numbers.

This article, edited for clarity, is reprinted with permission from Planet Hugill.