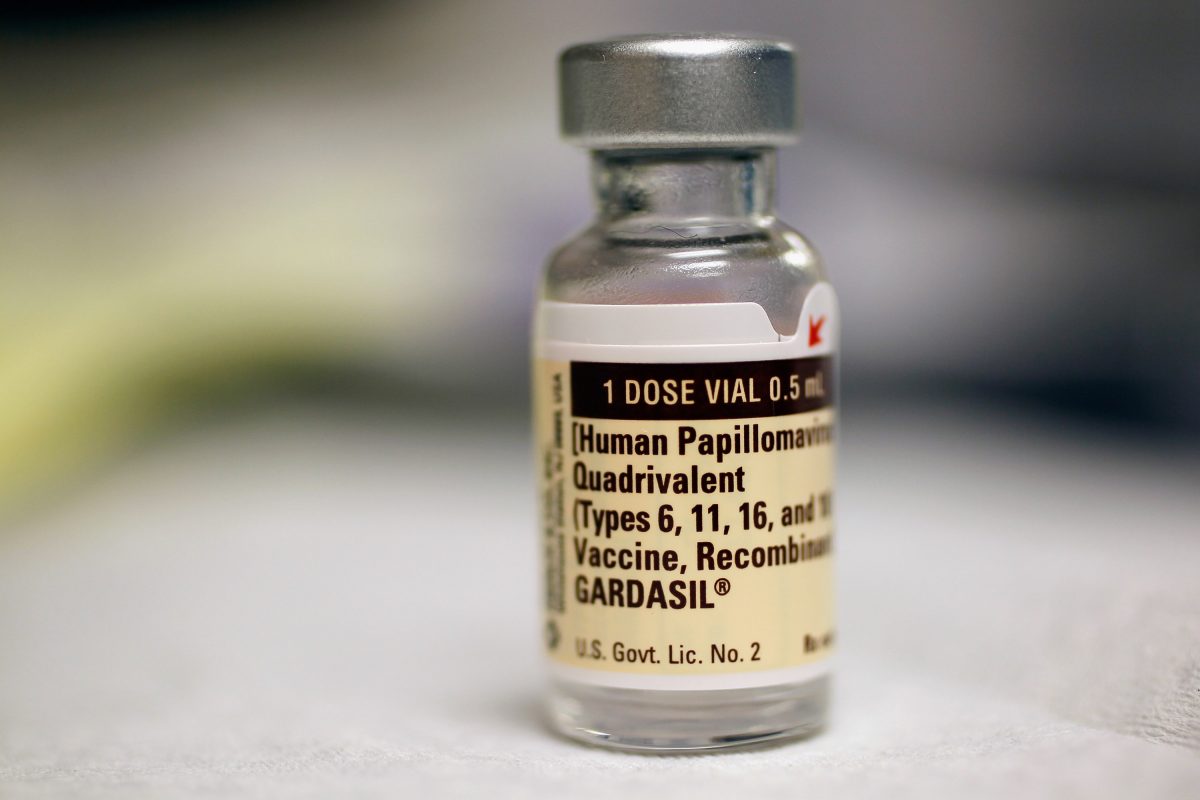 A bottle of the Human Papillomavirus vaccination at the University of Miami Miller School of Medicine on September 21, 2011 in Miami, Florida. The vaccine for human papillomavirus, or HPV, is given to prevent a sexually transmitted infection that can cause cancer. (Joe Raedle/Getty Images)
Health Viewpoints

The HPV vaccine has failed to live up to its promise to protect against cancer
BY Jennifer Margulis and Joe Wang TIMESeptember 23, 2022 PRINT

A new study from researchers at the University of California Los Angeles found that cervical cancer cases are on the rise in younger women. Specifically, the study discovered that the number of women with late-stage (stage 4) cervical cancer, which has a death rate of 83 percent within five years, has increased.

Worse for Women of Color

However, more generally, women of color have more than 50 percent higher rates of end-stage cervical cancer than white women: 1.55 per 100,000 compared to .92 per 100,000, according to the researchers.

This research follows on the coattails of another study (pdf) on cervical cancer published in the same journal in November of 2021. That study, disturbingly, found that women between the ages of 30 and 34 were experiencing “a particularly high increase” of aggressive cervical cancer, at a rate of 3.39 percent per year.

Using data submitted to the United States Cancer Statistics program, as well as national survey findings about cancer screening and vaccination collected over 18 years (from 2001 to 2018), the UCLA scientists found that 29,715 women were diagnosed with late-stage cervical cancer.

Their analysis of the underlying causes of this worrisome upward trend included rising rates of obesity among women, women delaying childbirth, and lack of early screening in the form of pap smears for early detection of adenocarcinoma and others reproductive cancers.

However, pointing to advanced maternal age as a possible factor does not take into account the studies that have found that women who have children later in life seem to actually live longer than women who give birth at younger ages.

Lack of early detection, on the other hand, may partly explain the increase in end-stage cervical cancers.

“If I can sample some cervical cancer cells, I can find cancer early before it is symptomatic, or even pre-cancer,” Dr. James Alexander, chair of obstetrics and gynecology at the University of Nevada Reno Medical School, told an ABC TV journalist.

Indeed, one small study from Sweden, published in 2012, found that women who have had their cancer detected by way of pap smears have had a 92 percent cure rate, compared to only 66 percent among women diagnosed with cancer because of symptoms.

A larger study published in 2020, also out of Sweden, showed that regular cervical cancer screenings were associated with reduced risk of developing more serious disease. “Our findings emphasize the importance of routine participation in cervical screening,” the authors wrote.

Because HPV is associated with cancer, a vaccine against HPV was approved for women by the FDA in 2006 and for men in 2011. There was a lot of industry-sponsored excitement about this new “vaccine against cancer,” but one of the earliest concerns about the HPV vaccine was that its widespread use might lead women to skip getting pap smears for early detection.

Another concern was that there are more than 40 subtypes of HPV that may cause cancer, but of the three vaccines that have been licensed in the United States, the broadest only covers nine types of HPV.

Finally, doctors and scientists—including Paul Thomas, M.D., an integrative physician based in Portland, Oregon (who has co-authored two books with Jennifer Margulis)—have expressed concerns about the high rates of adverse events and even deaths recorded in the data from the original HPV vaccine trials.

In 2008, Charlotte Haug, M.D./Ph.D., wrote an editorial in the New England Journal of Medicine urging caution. “Despite great expectations,” Haug wrote, “we still lack sufficient evidence of an effective vaccine against cervical cancer.” The real impact, Haug insisted, “will not be observable for several decades.”

More than a decade later, however, since the widespread use of the HPV vaccines by both men and women, HPV-related cancers have not declined.

The UCLA research, however, shows no declines in cervical cancer rates. “Even with screening and vaccination, there is not one racial/ethnic group, region in the USA, or age group where distant stage cervical cancer has been decreasing over the last 18 years,” the scientists wrote.

Only 17 percent of the people diagnosed with advanced stage cervical cancer will be alive in five years. But in an interview with National Public Radio (NPR), the study’s first author, Dr. Alex Francoeur, said she was concerned that the most recent rates of aggressive cancers are likely much higher than her research, which only presented data through 2018, showed.

“I worry that the last two years, people have had a lot of barriers of accessing health care,” Francoeur told NPR. “I think we might see this trend get a little worse before it gets better.”

The National Cancer Institute asserts that “the vaccines greatly reduce the rise of precancers and cancers of the cervix, vagina, and vulva in vaccinated women.” If the statement is true, given that the vaccination rate rose from 40 percent to 70 percent over the 18 years covered by this UCLA study, why did the scientists find an increase in aggressive cervical cancer?

A new film, “Under the Skin: What Does Aluminum Do in Vaccines?” explores how aluminum adjuvants in the HPV vaccines may be the cause of serious autoimmune conditions in girls and young women who received the vaccines. Now available exclusively on EpochTV, the film was directed by Austrian science writer and filmmaker Bert Ehgartner. This new documentary is both eye-opening and deeply disturbing, giving the viewer a glimpse into the lives of several young women whose health has been devastated. But for what? If the HPV vaccines have not been effective at preventing cancer, as this new research from UCLA shows, it seems that our public health officials and the CDC have lied to us yet again.