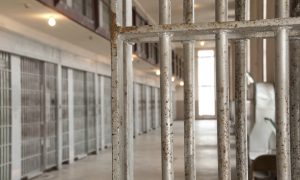 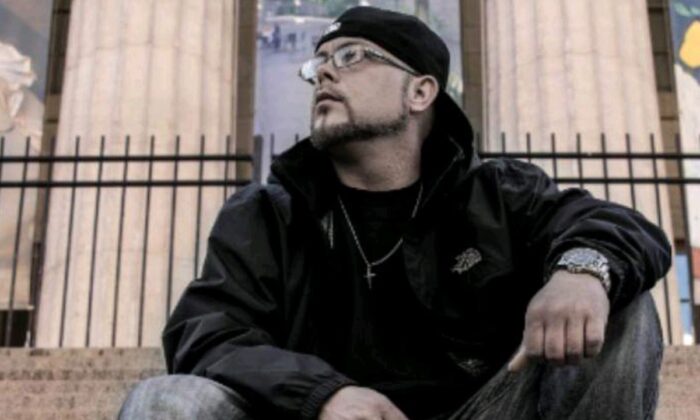 Russell Phillips’s life began to spiral out of control after he tried cocaine at age 17 for the first time. The now 40-year-old has found redemption and sobriety through the written word and his mother’s love.

Phillips was raised by a supportive single mother who provided for him growing up. Like a typical teenager, he would attend parties on the weekends. He experimented with alcohol and marijuana, but that experimentation ultimately led to him trying cocaine.

“It went from me not wanting to stop to me not being able to stop. That’s the scary thing about addiction, is you really never know who is susceptible to it,” Phillips told The Epoch Times.

The first time Phillips tired cocaine, he immediately loved the effects of the drug. He also became attracted to the lifestyle of women, parties, and clubs that came along with it. Shortly after trying cocaine, he began selling it too.

While he was high on cocaine, he would disappear for days at a time. His mother worried about him constantly, and would persistently try to reach him by phone.

“I wasn’t conscious of what it was doing to the people around me,” Phillips explained.

Phillips was in and out of jail for 18 years for drug and alcohol related offenses. Every time he got out, he promised himself he would change. Nevertheless, he found himself slipping back into his old ways.

Despite his mistakes, his mother always forgave him and just wanted him to get better.

In 2014, Phillips was arrested for the last time after he sold cocaine to an undercover narcotics detective. He posted bail, but began smoking PCP upon his release. For his mother, the PCP was too much for her to take, and she ended up kicking him out. For a while, he was homeless.

“I found myself homeless, sleeping on a Metro bench. I’ll never forget how cold it was,” Phillips recalled.

At the time, Phillips had five open cases against him and a warrant out for his arrest. Ultimately Phillips turned himself in on April 10, 2014, which was the last day he used drugs. He figured jail would be better than the way he was living.

In November 2014, Phillips was sentenced to 10 years in prison for distribution of cocaine. In December 2014, he reported to prison.

While Phillips was incarcerated, he found an escape and redemption through reading. He read autobiographies, poetry, and books about entrepreneurship and business. He began writing too.

Phillips realized that while he was physically incarcerated, no one could imprison his mind.

Phillips wrote poetry, and began writing a novel called “Dear Mom,” based on his life experience, about a single mother raising a son in Baltimore who ultimately takes the wrong path.

Tragically, on Oct. 24, 2015, Phillips was informed that his mother had passed away. Phillips became depressed, especially because his mother had been the only one who had always been there for him through everything.

“That kind of changed me, and it made me appreciate how much time we have with the people we love and how precious that time truly is,” Phillips explained.

Phillips was released on his birthday June 30, 2016 after serving two and a half years of his 10 year sentence. After living in a drug treatment facility, he finally returned home on Oct. 28, 2016.

Phillips had no money, no clothes, and no job. He found a job at Photoshop, but in January 2017 everyone was laid off. However, Phillips had been electrician, and got back into the union. He would wake up at 3 a.m. and get off at 1:30 p.m., and would go to a part-time sales job until 8 p.m.

Two years later, a full-time sales position opened up, and life started to become more stable. However, Phillips wanted to do more.

That’s when he started Light in the Shadows, an organization that performs outreach work with the homeless and those struggling with addiction. He wants his story to inspire addicts and their families, showing them that there is hope for the future.

Phillips is also finishing up his novel, and maintains a close relationship with his daughter.

“The addict isn’t the only one who suffers. It’s the family as well,” Phillips said.